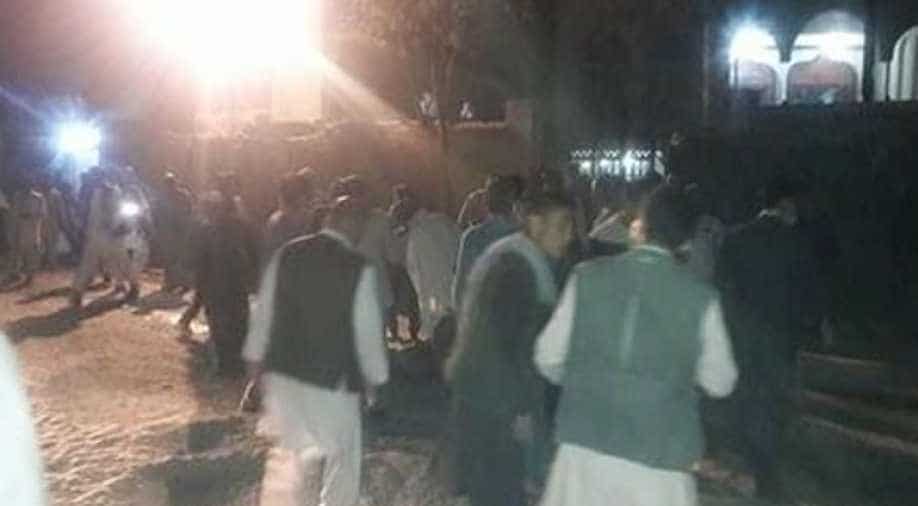 Afghanistan was struck by terror attacks at two places as suicide bombers targeted mosques in Kabul and Ghor.

At least 50 people were killed in the two attacks. There was no immediate claim of responsibility for either attack.

In the first attack, on a Shia mosque in the Afghan capital Kabul, at least 32 people including women and children were killed and 41 others wounded when a suicide bomber blew himself up as worshippers gathered for evening prayer.

"Unfortunately this evening a suicide bomber detonated himself among the worshippers inside a mosque in Dasht-e-Barchi neighbourhood of Kabul city," Kabul police spokesman Abdul Basir Mujahid told AFP.

A senior security official told Reuters that security forces at the scene had removed at least 30 dead bodies in Kabul, but that the exact number of casualties was unknown.

In the second attack, a suicide bomber detonated himself in a Sunni mosque in the central province of Ghor.

Iqbal Nezami, a spokesman for the Ghor provincial police, told Reuters the bombing appeared to target a local political leader of the Jamiat political party who was also killed along with several other worshippers.

On Thursday, two suicide bombers on Humvees had targeted a military base in Kandahar in Afghanistan. The attack had occurred in Maiwand district of Kandahar.

The attack carried out by the Taliban killed at least 43 Afghan troops after the bombers stormed the military base in southern Afghanistan.