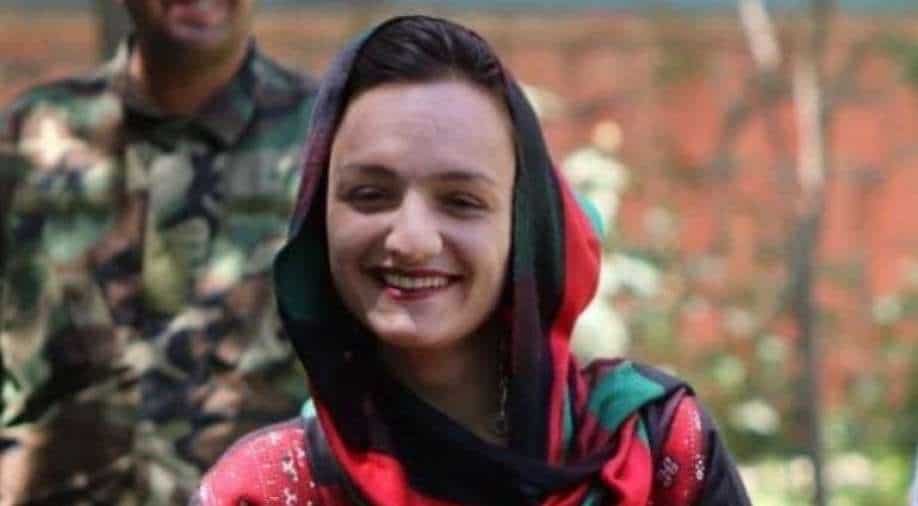 "I am shocked and amazed on this decision by the Afghanistan Ministry of Education. I don't know how it is possible for the Ministry to take such a decision especially in the case of women. This kind of decision means opening the gate for Taliban," Ghafari, mayor of Maidan Shahr, capital city of the Wardak province, told WION.

Zarifa Ghafari, one of Afghanistan's first female mayors, has expressed shock at the decision by the country's education ministry to ban girls aged 12 and above from singing the national anthem or other songs, equating the move with opening gates for the Taliban.

"I am shocked and amazed on this decision by the Afghanistan Ministry of Education. I don't know how it is possible for the Ministry to take such a decision especially in the case of women. This kind of decision means opening the gate for Taliban," Ghafari, mayor of Maidan Shahr, capital city of the Wardak province, told WION.

The Ministry of Education on Wednesday announced to the ban on girls aged 12 and above from singing the national anthem or other songs. However, girls will be allowed to sing at women-only events. All government and private schools have to implement this ban.

The announcement received a backlash among social media users.

"People are making fun of it on Twitter and Facebook. How can you decide what a woman wants? If a girl wants to sing the national anthem, how can you stop them? Who are you to stop them?," said the 29-year-old human rights activist in an exclusive interview to WION.

This is not the first time that the education ministry has come under fire. The country's Education Minister Rangina Hamidi last year had sought to shift school classes from one to three to mosques, stating it would “strengthen the Islamic identity of the students,” and bring Afghanistan’s religious schools, or madrassas, into the mainstream.

Referring to this, Zafari said, "First we had an announcement by the ministry to shift some schools inside mosques. With these mosques and maulvi, we know how the education will be. And now this amazing announcement."

"National anthem is a thing that I feel every child, every girl, every woman, every boy, every man needs to know. I don't know how they (Ministry of Education) can think and form these decisions," she added.

Zafari, whose father was killed and has survived several attempts on her own life for bringing reforms in the province where Taliban has a strong influence, said the government should work towards empowering  women instead of passing such orders which will add to their oppression.

"For upcoming generation, it is important to have an education system which is more qualified...and most importantly, there should be no gender extremism in it. This way, we will be able to empower women who are able to come out and gain education," she said.

Zafari, one of the youngest and first female mayors in the country, added , "As a free human being, girls should have the right to choose what they love and want. No rules should be made to stop them from doing whatever they love. Rules, laws and policies are formed by the government for the betterment of its people. But this law is forcing women to stop."

"When people are thinking of living at Mars, Afghanistan is rolling backwards. I feel like we are in 1919 because whatever is happening here is worse than it was in the past. Situation in Afghanistan today is very grim. There is no guarantee what will happen today or in future. I wish things would get better so that at least my sister could have a better future than me," she said.

Zafari urged the President of Afghanistan Ashraf Ghani to review the order.

"I will wish his excellency first lady and Mr President himself look into this more wisely, as it takes a lot of courage for women to step out and risk everything like me. Not many women can pay the cost I paid including my father's murder by the Taliban."