Afghanistan: Four Americans killed in blast at US base, Taliban claims responsibility 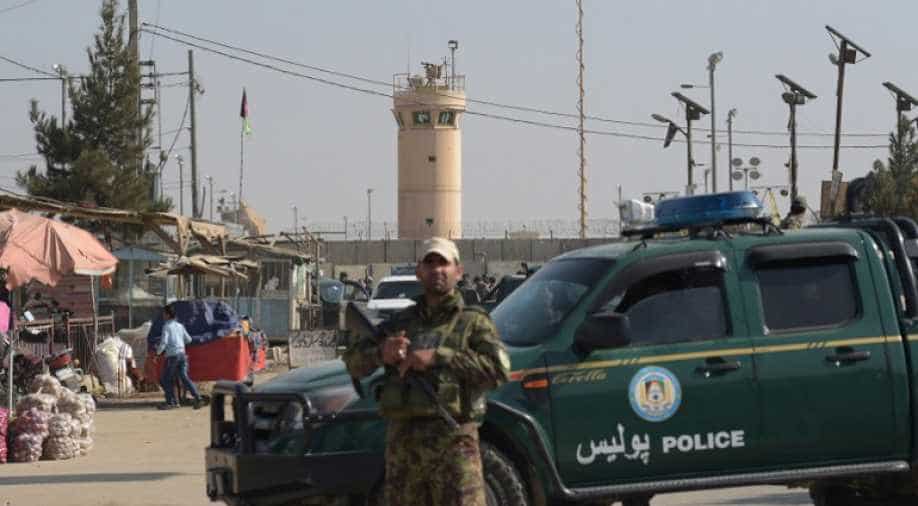 Four Americans have been killed and 14 wounded in an explosion at a US military base in  Afghanistan on Saturday.

Two servicemembers and two contractors were killed at Bagram Airfield by "an apparent suicide bomber," Carter said in a statement, news agency AFP reported. Carter added that 16 other US servicemembers and a Polish soldier participating in US-led NATO military operations was also wounded.

"An explosive device was detonated on Bagram Airfield resulting in multiple casualties. Response teams at Bagram continue to treat the wounded and investigate the incident," the military coalition said in a statement, AFP reported.

Earlier, Abdul Shokor Qodosi, the district governor of Bagram, had told Reuters that at least three people were killed and 13 injured in the blast.

He also said the blast occurred near a dining facility at the Bagram Airfield, located north of Kabul.

The Taliban's spokesman, Zabihullah Mujahid, claimed responsibility for the attack in a message on his Twitter account.

"We can confirm that there was an explosion at Bagram Airfield this morning just after 5:30 am (0100 GMT). There have been casualties," NATO said in a brief statement.

"Our Force Protection and medical teams are responding to the situation," the statement added.

Carter expressed his "sincere condolences" to the families of the fallen and promised to "investigate this tragedy to determine any steps we can take to improve it".

As for the attackers, "my message is simple. We will not be deterred in our mission to protect our homeland and help Afghanistan secure its own future," he added.

The nationalities of the casualties have not been confirmed yet.

Bagram Airfield is the largest US military base in Afghanistan.