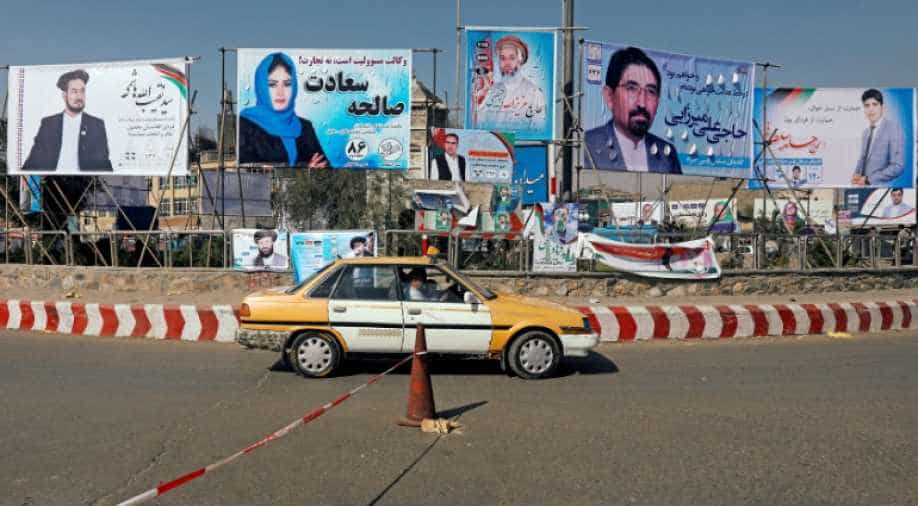 A gunman wearing an Afghan security forces uniform opened fire on a group including General Scott Miller -- the top US and NATO commander in Afghanistan -- and powerful Afghan police chief General Abdul Raziq on Thursday.

A Taliban attack on top US and Afghan security chiefs inside a highly secure compound in Afghanistan is a major coup for the insurgents that threatens to torpedo peace talks and destabilise the country's south, analysts say.

A gunman wearing an Afghan security forces uniform opened fire on a group including General Scott Miller -- the top US and NATO commander in Afghanistan -- and powerful Afghan police chief General Abdul Raziq on Thursday as they ended a meeting in the southern city of Kandahar.

Within seconds Raziq, an anti-Taliban strongman and key US ally who was credited with keeping a lid on the insurgency in the south, was dead along with Kandahar's provincial intelligence chief and an Afghan journalist.

Miller escaped unhurt in the bold attack the militants said had targeted the US general and Raziq, whom they had previously accused of killing thousands of Taliban detainees and had attempted to assassinate dozens of times.

The interior ministry said Friday three suspects have been detained over the shooting, which also wounded 13.

That the Taliban could mount a deadly insider assault on top US and Afghan security chiefs in such a secure location has rattled a country long used to high-profile targeted killings and violence.

It signalled the Taliban could "strike whenever and wherever it wants" and would embolden the insurgents, said Michael Kugelman of the Wilson Center.

"This attack is a huge blow to stability," he added.

The Taliban, which controls or contests swathes of the war-torn country, has made significant territorial gains and threatened provincial capitals in recent months as it steps up attacks.

The increased aggression had been seen as an attempt by the Taliban to strengthen its negotiating position in talks with the United States to end the 17-year war.

Taliban representatives have met with US officials at least twice in Qatar in recent months, most recently on October 12 with newly appointed US envoy Zalmay Khalilzad, raising hopes for peace.

But analysts said the latest attack may have jeopardised those tentative efforts.

"There will be questions asked whether the Taliban are really serious about peace talks," said Rahimullah Yusufzai, an expert on the group.

Afghanistan Analysts Network said the Taliban's claim that the shooter, who officials said was a member of the wounded provincial governor's security team, had targeted Miller -- something the United States disputes -- would complicate the US position.

"It is difficult to imagine how the US government will be able to defend holding talks with an organisation that claims it attempted to kill the US supreme commander in Afghanistan," AAN said in a report.

Raziq, whose power extended beyond Kandahar to neighbouring provinces in southern Afghanistan, was either "respected or feared" by Afghans, said military analyst Atiqullah Amarkhail.

His death would be demoralising for beleaguered security forces and leave a dangerous power vacuum that would be difficult to fill.

"It will be hard for the government to find someone who could replace him as a powerful force against the Taliban," Amarkhail said.

Yusufzai said killing Raziq was "one of the Taliban's biggest achievements in this war".

"Expect a meltdown in Kandahar," a foreign diplomat told AFP.

"He was the one guaranteeing security in Kandahar."

But US Defense Secretary Jim Mattis said Friday that Raziq's death would not fundamentally change the security situation in the province.

"It's a tragic loss of a patriot for Afghanistan. But I don't see it having a long term effect on our area," Mattis told reporters on the sidelines of a security summit in Singapore.

Miller made a public appearance in Kabul on Friday, visiting an Afghan security checkpoint where he expressed condolences over the "tragic event".

"My assessment is that I was not the target. It was a very close confined space. But I don't assess that I was a target," Miller told Afghan broadcaster Tolo News.

The government is now scrambling to secure the south on the eve of parliamentary elections that the Taliban has vowed to attack.

A spokesman for President Ashraf Ghani said elections in Kandahar would be postponed for a week following the attack.

Preparations for the ballot, already more than three years late, have been marred by bloody violence and there are concerns that Raziq's death will deter even more voters from turning up at polling centres around the country.

Almost nine million people have registered to vote for the poll, which is seen as a crucial test for next year's presidential election.

"The Taliban would be very pleased that they've done this on the eve of the election," Yusufzai said.