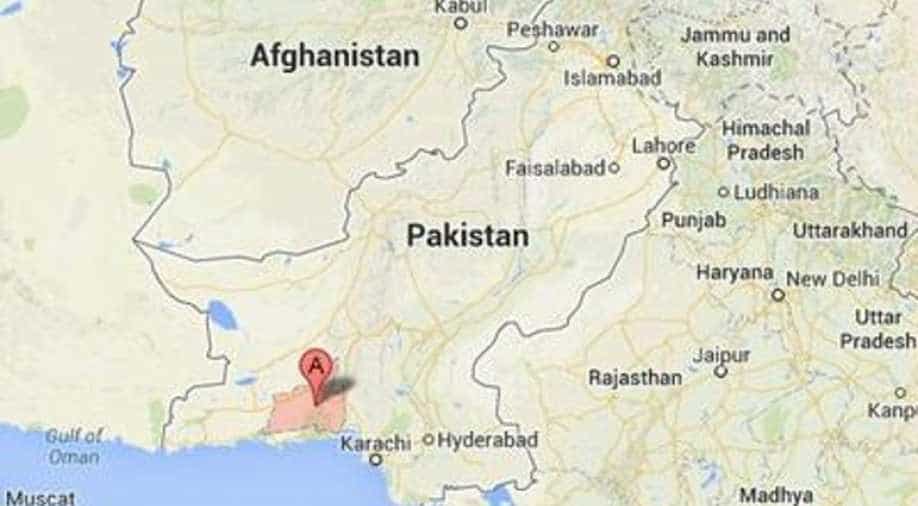 Pakistan's Balochistan province has been hit by a blast, killing at least 10 people. Photograph:( Agencies )

The blast occurred inside a hotel near Bilal Town area of Peshawar.

At least five of a family, including two children, were killed and two others severely injured in a powerful explosion in northwest Pakistan's Peshawar city on Friday&nbspmorning, police said.

The blast occurred inside a hotel near Bilal Town area of Peshawar.

According to the police, the blast may have been caused by an explosive device or a gas leak.

The blast occurred on the fourth floor of the hotel and all victims belonged to Hangu district of Khyber Pakhtunkhwa, Chief Capital City Police (CCPO) Qazi Jamil ur Rehman said, adding that fire engulfed the entire floor after the blast.

He said security forces were looking for evidence to ascertain the cause of the blast.

The Bomb Disposal Squad have also reached the spot, the CCPO added.

The injured are rushed to the Lady Reading Hospital, where their condition was stated to be critical, he said.