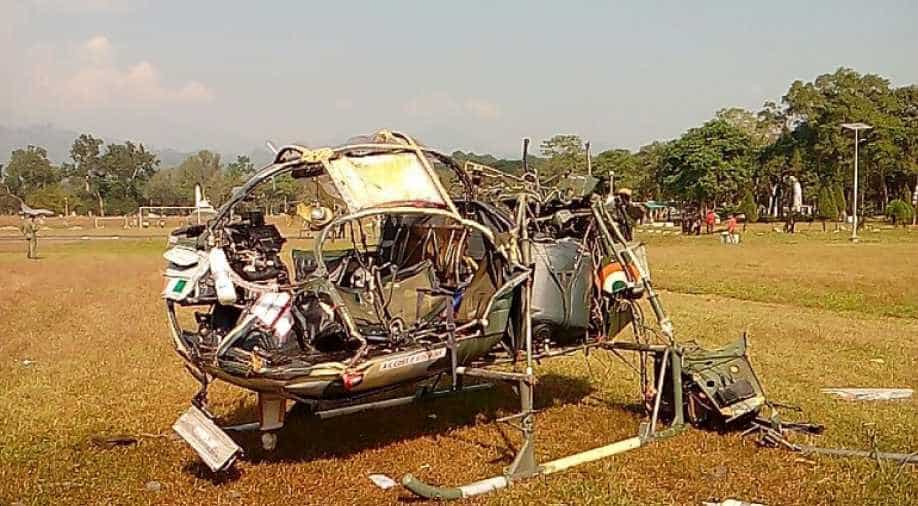 The chopper crashed at Siliguri's Sukna Military Base. Photograph:( WION )

An Army Cheetah helicopter crashed at the Sukna Military Base near Siliguri in India's eastern state of West Bengal on Wednesday afternoon. Three officers were killed and one Junior Commissioned Officer (JCO) was evacuated, according to the Army Eastern Command Headquarters.

The crash took place around 11.45am at the Sukna Military Base when the officers were on a routine mission. Just when it was about to land near the helipad inside the base, it crashed leaving the pilot and two co-pilots dead. The evacuated JCO continues to be critical.

Sources in the Army Eastern Command Headquarters reveal that the engine of the Cheetah helicopter failed at 100 feet and lost communication with the Air Traffic Control (ATC), and crashed.

However, there is no official word on the cause of the crash and senior officials maintained that it would be revealed after the enquiry.

Meanwhile, an enquiry has been ordered into the helicopter crash.