187 to a US dollar: Political crisis in Pakistan led to the free fall of its currency 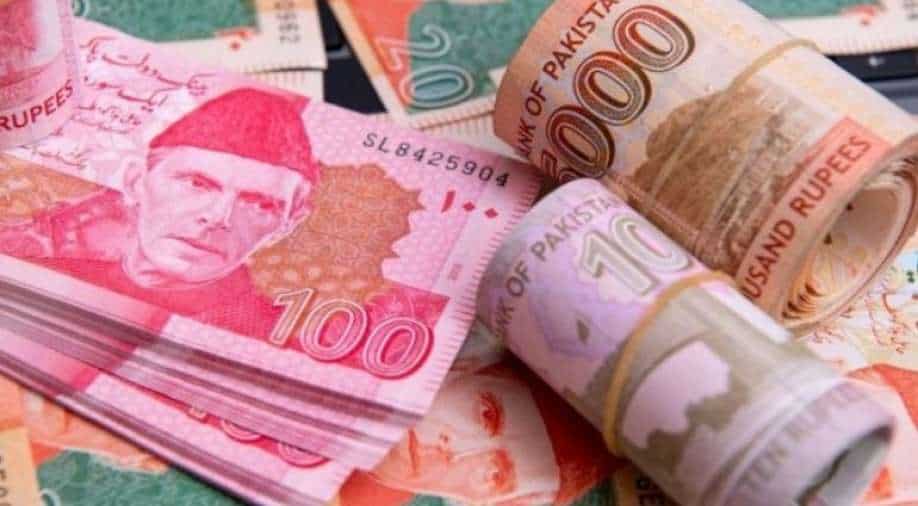 The Pakistani rupee lost more than 10 per cent since March 4 in the wake of the deepening political crisis. Photograph:( Twitter )

The Pakistani rupee continued its free fall, selling at above Rs 186 against the US dollar on Friday.

The Pakistani rupee fell to a new low of 191 rupees to the dollar on Thursday, as the country's currency was shaken by a continuing political turmoil.

The rupee has been falling for months, but it plummeted in March after opposition parties filed a no-confidence vote against Prime Minister Imran Khan, which resulted in the national assembly being dissolved last week.

Today the Pakistani rupee was trading at 186.28 on the open market.

The Pakistani rupee has lost 18 percent of its value versus the US dollar since July 2021.

Relationships with the US and the International Monetary Fund (IMF) are also crucial.

Also read | No-trust vote against Imran Khan: Here's all you need to know about the procedure

Pakistan has received a $6 billion rescue package from the International Monetary Fund (IMF) to help with its balance of payment problems in 2019.

Traders' advice causes panic purchasing in the market during periods of currency devaluation.

They persuade importers to buy more in a short period of time in order to meet their payment obligations, resulting in a dollar shortage in the market.

Opinion | 'Im the dim': How Pakistan PM Imran Khan turned out to be a terrible caricature of the champion cricketer

At the same time, they encourage exporters not to sell dollars and instead stockpile them in anticipation of further depreciation, which will reduce greenback supply, according to Geo News.

For the previous 11 months, the rupee has been on a downward trend.

Watch | Gravitas: What will be Imran Khan's next step?