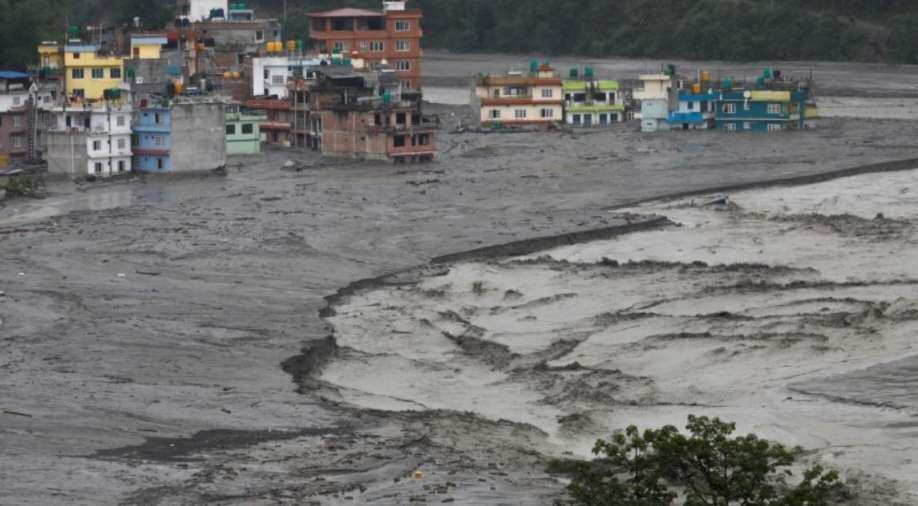 A general view shows houses hit by flash floods along the bank of Melamchi River in Sindhupalchok, Nepal Photograph:( Reuters )

An Indian and two Chinese nationals were killed in Nepal on Thursday after being swept away by floods in Sindhupalchok District.

According to Arun Pokhrel, Chief District Officer of Sindhupalchok District they used to work for the Melamchi Water Supply Project.

“Two Indians and one Chinese nationals are still missing. The Indian killed has been identified as Kamallochan Mahato. None of the missing Nepalis have been found,” Arun Pokhrel told WION.

Sindhupalchok was the worst-affected district due to increase in Melamchi water level after continuous heavy rainfall.

Nepal Army, Police, and Armed Police Force have been deployed to carry out the rescue operations.

Around 200 houses were submerged in the Melamchi River and many bridges have been severely damaged.

According to the Home Ministry, 46 people have been rescued in Sindhupalchok and 50 in Dang.

Melamchi residents have moved to higher grounds with their belongings while army helicopters were rescuing those trapped in marooned houses.

Authorities have urged people living along the Narayani River to remain alert as the river was flowing above the danger mark.

The Home Ministry has come with a 'Monsoon Preparedness Response Plan'. The Executive Committee, led by the Minister of Home Affairs, said the plan was introduced to minimise losses incurred due to the monsoon-induced disasters and make the rescue, rehabilitation, and relief process more effective through coordinated efforts.

According to the Meteorological Forecasting Division of the Department of Hydrology and Meteorology, most parts of the country on Friday will witness moderate rainfall while in the far western province and Lumbini Province with witness heavy rainfall including mudslide.