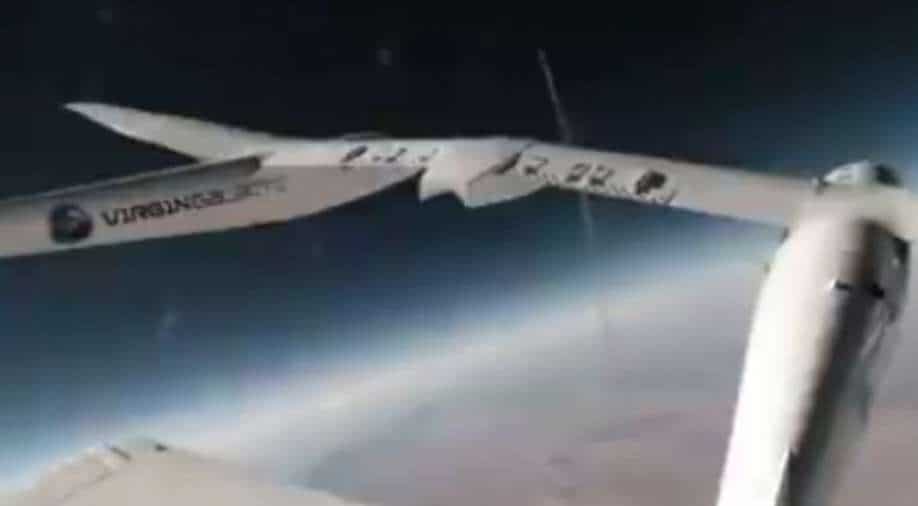 The “Unity vehicle”, piloted by Dave Mackay and CJ Sturckow reached a height of 89 kilometres (55 miles) before flying back to Earth

Virgin Galactic’s space aircraft conducted the first of three tests which will enable the flight to enter commercial service. Sir Richard Branson’s Virgin Galactic has over 500 paying customers including famous movie actors and music personalities waiting for a ride on the "Unity".

The “Unity vehicle”, piloted by Dave Mackay and CJ Sturckow reached a height of 89 kilometres (55 miles) before flying back to Earth. But the rich and famous waiting for a ride will have to wait until Unity is full licensed. Experts believe the license will be processed by the end of 2021.

After Saturday’s sortie, the operational and performance data will be sent to the United States Federal Aviation Administration (FAA), which oversees the licensing process.

During the licensing process, the FAA is expected to assess an electronics interference issue due to which a previous flight attempt was aborted in December. Data from Saturday points towards course correction.

Delighted to be on the flightline to watch @VirginGalactic’s first human spaceflight from the majestic Spaceport America @Spaceport_NM #UNITY21 pic.twitter.com/FcpCxJcjqS

The aircraft flew high above the New Mexico desert on Saturday. During the mission, Unity was carried 13 kilometres (44,000 feet) higher by a “mother aircraft” called Eve. Soon after, it was released, allowing it to ignite its rocket motor.

Then, the vehicle raced towards the edge of space, managing to achieve speed levels thrice above Mach 3. This marked the sixth time Unity conducted a test flight during its five-year programme.

This one was different from other tests tests for it showed that the aircraft was able to leave its operational home - the hub known as “Spaceport America”. In the next flight, four employees of Virgin Galactic are expected to board the flight to experience the aircraft in action. Sir Branson, too, could soon be on one of the planes that offer a glimpse of space to its patrons.

"It was a beautifully elegant experience," BBC quoted Sir Richard as saying, who was watching all the action from the ground.