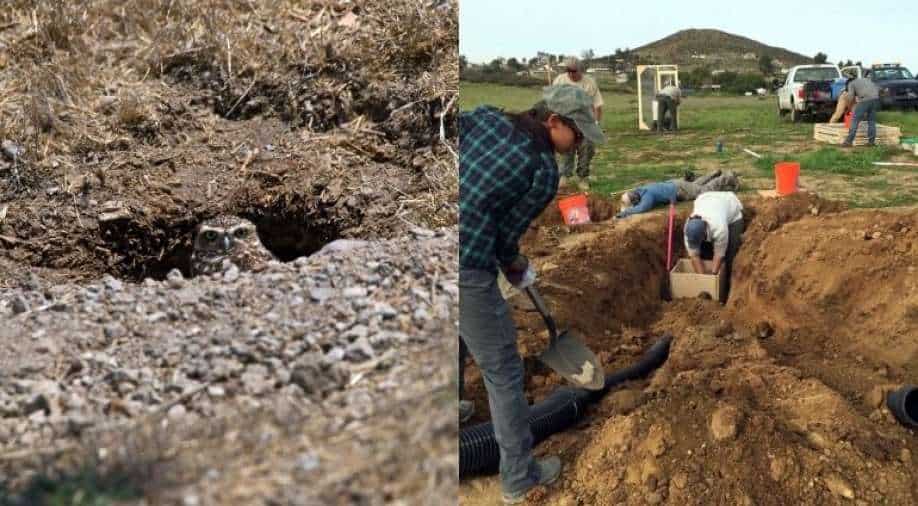 As far as wild animals go, the western burrowing owl is a tolerant neighbor to humans. When new houses and roads are built next to the tunnels that they call home, these owls put up with the noise and carry on hunting the insects and rodents that they eat. But the owls are increasingly on a collision course with humanity.

Developers are always looking for more land to build on, and in places like Southern California, that means moving into the owls’ habitats. To date, most builders have displaced owls by collapsing their burrows, forcing them to find a new place to live nearby. Even so, in heavily urbanized environments, the birds often have nowhere to go, putting the species’ future at risk.

As a result, wildlife officials working with developers are increasingly collecting and transplanting the owls to distant new areas that conservationists think will meet their needs. Evidence that this technique works has been thin, though. New research published Thursday in the journal Animal Conservation shows it can be very effective if the birds are tricked into believing there are already other burrowing owls near the places where they are transplanted.

Ronald Swaisgood, of the San Diego Zoo Wildlife Alliance and a member of the research team that produced the report, knew that developers were setting aside land for displaced birds, but noted that there was little follow-up work on how the owls were doing.

“Nobody had any idea if these mitigation measures were even working,” he said.

Aware that the birds were being considered for classification as endangered in California, Swaisgood was keen to intervene. He and other conservationists felt as if nothing was going to stop the property development, which included new solar energy farms. Given the complex situation, he and his team collaborated with the U.S. Fish and Wildlife Service to run an experiment with owls that were on land that was going to be bulldozed in the greater San Diego area.

To understand whether the owl transplants were effective, the researchers set up special doors on the burrows of the colonies that allowed the owls to leave but not return. Once the owls were out, all 44 were collected and moved to a new location that already had burrows for them. To help these translocated owls cope, they were kept in acclimation enclosures for 30 days before being released. Of this group, half were exposed to a bit of trickery.

The researchers knew from previous work with other species, such as black rhinos, vultures and kangaroo rats, that animals are more likely to settle when they are led to believe that members of their kind are nearby.

With this in mind, for half of the birds, the team splattered nontoxic white latex paint on the rocks around burrows in the new location that looked like bird poop. They did this because burrowing owls have a tendency to defecate near burrow entrances, and this technique makes the sites look inhabited. To further support this illusion, an outdoor speaker was set up at these sites to periodically play burrowing owl calls during the week before the animals were released from their acclimation enclosures, and during the following week.

All of this ecological duplicity paid off. The 22 birds that were translocated to sites with white paint and calls quickly settled in while the other 22 owls all wandered off, often making perilous journeys of more than 5 miles before finding a suitable habitat.

The findings are being warmly received by other ecologists.

The idea of transplants has long created something of a quandary for experts in the field of ecology, said Dan Blumstein, a professor at the University of California, Los Angeles, who was not involved in the study.

“There’s been this assumption that if endangered animals are just moved elsewhere they are going to be fine, but that’s clearly not always true,” he said. “Experiments like this are essential for figuring out what works and what does not.”

Blumstein and Swaisgood both hope to see transplants of other species studied in a similar way to ensure that scientists’ good intentions are not resulting in unnecessary hardship for species that are already on the brink.