There are minimum of 36 active, communicating intelligent civilizations in Milky Way: Study 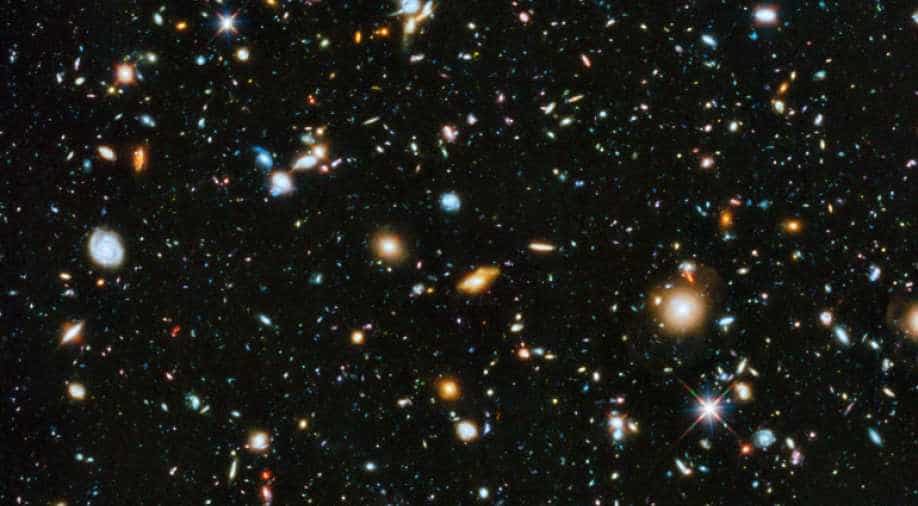 Scientists have made calculations based on Drake equation, written by astronomer and astrophysicist Frank Drake in 1961.

A study published on Monday in The Astrophysical Journal stated that there could be a minimum of 36 active, communicating intelligent civilizations in our Milky Way. But due to time and distance, we may never know if they existed ever existed.

Scientists have made calculations based on Drake equation, written by astronomer and astrophysicist Frank Drake in 1961.

Therefore the scientists at the University of Nottingham developed their approach.

In an email to CNN, study co-author Christopher Conselice, a professor of astrophysics at the University of Nottingham said: "The key difference between our calculation and previous ones based on the Drake equation is that we make very simple assumptions about how life developed."

"One of them is that life forms in a scientific way — that is if the right conditions are met then life will form. This avoids impossible to answer questions such as 'what fraction of planets in a habitable zone of a star will form life?' and 'what fraction of life will evolve into intelligent life?' as these are not answerable until we actually detect life, which we have not yet done," he added.

These scientists developed the Astrobiological Copernican Principle to establish weak and strong limits on life in the galaxy. According to scientists, these equations include how the stars are formed in the galaxy and its age. It also determines the metal content of the stars and whether the celestial body could host habitable planets like Earth.

Co-author Tom Westby, an assistant professor in the University of Nottingham's faculty of engineering, released a statement which said: "The two Astrobiological Copernican limits are that intelligent life forms in less than 5 billion years, or after about 5 billion years — similar to on Earth where a communicating civilization formed after 4.5 billion years."

"It is called the Astrobiological Copernican Principle because it assumes that our existence is not special," Conselice said. "That is if the conditions in which intelligent life on Earth also developed somewhere else in the Galaxy then intelligent life would develop there in a similar way."

The estimation of at least 36 civilizations is the most conservative lower limit using the strictest set of assumptions—namely that communicating civilizations only survive for 100 years.

However, the authors note that the average distance to one of these 36 civilizations is around 17,000 light-years, so detection and communication is currently impossible.

There’s also the thorny question of how long intelligent civilizations tend to survive.

"Searches for extra-terrestrial intelligent civilizations not only reveals the existence of how life itself forms but also gives us clues about how long our civilization will last," said Christopher Conselice, Professor of Astrophysics at the University of Nottingham, who led the research.

"If we find that intelligent life is common then this would reveal that our civilization could exist for much longer than a few hundred years."

"Alternatively, if we find that there are no active civilizations in our galaxy it is a bad sign for our long-term existence."