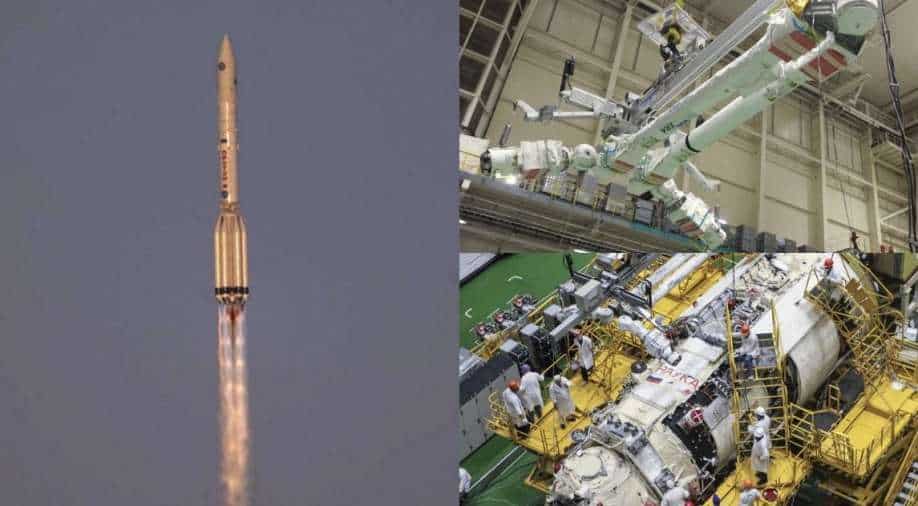 Russia’s current heavy-lift rocket, the Proton-M, has had a nearly 10 percent failure rate in more than 100 launches since it entered service in 2001, creating pressure to reorganise and improve the space program.

Roscosmos space agency said that a Russian Proton-M rocket carrying the new Nauka laboratory module for the International Space Station blasted off from the Baikonur cosmodrome in Kazakhstan.

Missed today’s #Nauka launch? Here is the video of this historic event!

By the way, this was the 425th launch of the Proton family rockets. pic.twitter.com/48dO8ur3wL

'Nauka' (Science) module will provide the astronauts at the ISS with additional storage space, technical equipment, including for water and air regeneration.

According to Russia's TASS news agency, 'Nauka' module also supplies the station with ERA manipulator which will allow astronauts to avoid some of the open-space missions.

The module's long-planned journey to the ISS will take eight days. It is expected to dock to the nadir port of Russia's Zvezda service module on July 29, Roscosmos said in a statement in early July.

The assembly of the 20-tonne Nauka multipurpose laboratory module started back in the 1990s but its launch, initially scheduled for 2007, has been continuously delayed.

Pending a successful launch on Wednesday, Nauka will replace the Pirs module after twenty years in service, which is expected to detach from the ISS on Friday and burn up in the Earth's atmosphere over the Pacific Ocean.

Russia’s space program has been dogged by mishaps in recent years, including failed cargo delivery missions into space and the aborted launch in October of the manned Soyuz mission to the International Space Station.

Russia’s current heavy-lift rocket, the Proton-M, has had a nearly 10 percent failure rate in more than 100 launches since it entered service in 2001, creating pressure to reorganise and improve the space program.

In 1998, Russia launched the station’s first module, Zarya, which was followed in 2000 by another big module, Zvezda, and three smaller modules in the following years. The last of them, Rassvet, arrived at the station in 2010.