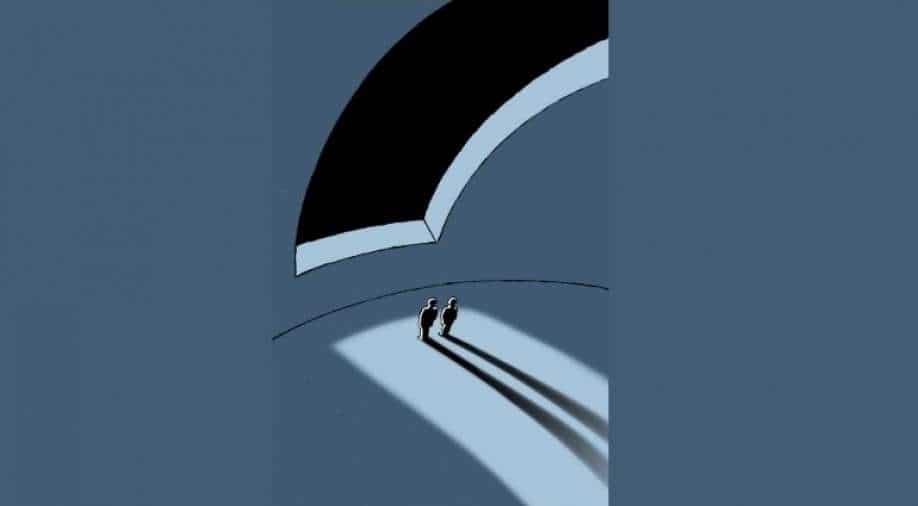 The universe is a shade too bright

The universe is a shade too bright.

That might be the last news you expected to hear toward the darkening end of a dark year. But that is what a band of astronomers has discovered, using cameras on the New Horizons spacecraft that once visited Pluto to measure the darkness of interplanetary space.

“There’s something out there unknown,” said Tod Lauer, of the National Optical-Infrared Astronomy Research Laboratory in Tucson, Arizona. “The universe is not completely dark, and we don’t yet completely know what it comprises.”

Four billion miles from the sun, far from bright planets and the light scattered by interplanetary dust, empty space was about twice as bright as would be expected Lauer and his colleagues found. The most likely explanation, he said, was that there were more very faint galaxies or star clusters contributing to the background light of the universe than their models indicated. Or even that black holes in the centers of otherwise undistinguished galaxies were pumping extra energy into the void.

A less exciting possibility, Lauer said in an email, was that “we messed up and missed a light source or camera artifact that we should have figured out. This is what I worry about the most.”

A more intriguing, if speculative, suggestion involves what might be called cold dim matter. The universe is thought to be filled with “dark matter,” its exact substance unknown but whose gravity shapes the visible cosmos. Some theories suggest that this matter could be clouds of exotic subatomic particles that decay radioactively or collide and annihilate themselves in flashes of energy that add to the universal glow.

Lauer and his colleagues prefer to leave such speculations to particle physicists. “Our work is solely concerned with measuring the flux level itself,” he said in an email. “As observers, we offer this up for those who can figure out what to do with it.”

Marc Postman, an astronomer at the Space Telescope Science Institute in Baltimore and an author of the report, which was published online in November, said, “It is important to do this to get an estimate of the total energy content of the universe, which helps inform us about the overall cosmic history of star formation.”

For the record, the amount of extra light they found bouncing around the universe is about 10 nanowatts per square meter per steradian, a measure of solid angle on the sky. (It takes 4(PIE) steradians to cover the entire sky).

Lauer compared this measurement to the amount of light supplied by the star Sirius or an open refrigerator a mile away. “To make it a little closer to what we did, you can think of lying in bed with the curtains open on a dark moonless night,” he wrote in an email. “Perhaps you’re awake and are staring at the walls. When Sirius clears the mountains, or your neighbor raids his fridge, we would see the light in the room get a little brighter.”

However, he noted, “Your distant neighbor eating leftover turkey at three in the morning is not going to wake you up at night from the glare.”

He said the measurement had a 5% chance of being a fluke; that margin of error is known as 2 sigma, and is a far cry from the gold standard for a discovery of “5 sigma,” or 1 chance in 3.5 million of being wrong.

The team’s measurement included only light in the visible wavelengths and needed to be augmented by radio, X-ray and infrared background measurements, Postman said.

For centuries, the darkness of the night sky was the source of a paradox named after German astronomer Heinrich Wilhelm Olbers. Presumably, in an infinite static universe, every line of sight ends at a star, so shouldn’t the sky appear as bright as the sun?

But astronomers now know that the universe is only 13.8 billion years old and expanding. As a result, most lines of sight do not end on stars but on the fading glow of the Big Bang, and the wavelengths of the glow are now so extended that they are invisible to the eye, making the sky look dark.

But how dark is dark?

It’s no small feat to add up all the light you cannot see. There are distant galaxies too faint to trip the most sensitive detectors on giant telescopes, but which pump energy into the dust and gas that is strewn about space.

The New Horizons spacecraft was launched on Jan. 19, 2006, and sped by Pluto on July 14, 2015. On Jan. 1, 2019, it zoomed past Arrokoth, formerly called Ultima Thule, one of untold numbers of cosmic icebergs that live in the Kuiper belt on the outskirts of the solar system. It is still going.

Lauer’s measurements were based on seven images from the Long-Range Reconnaissance Imager, a camera on New Horizons, and taken when the spacecraft was some 4 billion miles from Earth. At that distance the spacecraft was well beyond the distracting glow of planets or of interplanetary dust. Indeed, Postman said, going even 10 times farther out would not have produced a cleaner darkness.

“When you have a telescope on New Horizons way out at the edge of the solar system, you can ask, How dark does space get anyway,” Lauer wrote. “Use your camera just to measure the glow from the sky.” In this case, the images were of distant Kuiper belt objects. Subtract them, and any stars, and what remains is pure sky.

The camera, Postman said, is a “white light imager,” receiving light across a wide spectrum spanning visible and some ultraviolet and infrared wavelengths.

Once the team measured the level of light in the sky background, they then had to resort to mathematical models of how many faint galaxies were lurking under the normal limits of detection. When that amount was subtracted from their measurements, an equal amount of light remained of unknown origin.

“It’s as if you counted all the people on Earth but left out Asia,” Postman said. Lauer said this was the most accurate measurement of the background light yet.

The study follows on earlier work by Michael Zemcov of the Rochester Institute of Technology, who had a smaller set of images to analyze — four 10-second exposures instead of 195 30-second exposures.

He and his colleagues derived an upper limit of about 19 nanowatts per square meter per steradian — in the same ballpark as Lauer’s results.

“This kind of measurement really pushes our understanding of both the instrument and the brightness of the light from all the stuff between us and the distant universe,” Zemcov said in an email. “People have posited a variety of sources, but the jury is still out on what it could be.”

What we can’t see may yet change our understanding of the universe, but Dan Hooper, a physicist at the Fermi National Accelerator Laboratory in Batavia, Illinois, splashed cold water on the idea that the culprit was dark matter. In an email, he said that he and his colleagues, brainstorming, had not come up with any new physics that would explain this added light, “with the exception of a couple of really baroque and otherwise unappealing options.”