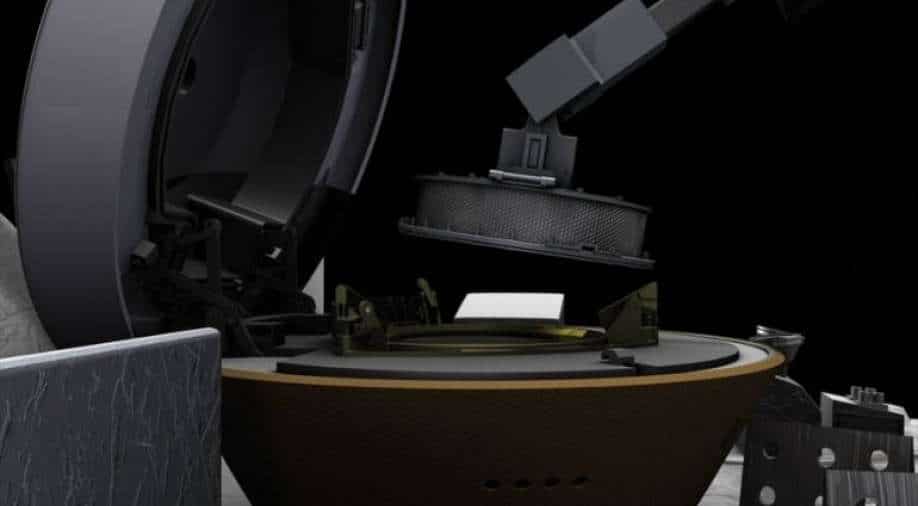 The stowing operation will take several days, NASA said, because it requires the team's oversight and input unlike some of Osiris-Rex's other operations that run autonomously

Osiris-Rex spacecraft of the National Aeronautics and Space Administration (NASA) is set to begin on Tuesday a delicate operation to stow its samples collected from asteroid Bennu.

One week ahead of schedule & exceeding all expectations, our @OSIRISREx spacecraft is ready to stow its samples collected from asteroid Bennu!

The probe is on a mission to collect fragments that scientists hope will help unravel the origins of our solar system, but that hit a snag after it picked up too big of a sample.

On October 22, the OSIRIS-REx mission team received images that showed the spacecraft’s collector head overflowing with material collected from Bennu’s surface, well over the two-ounce (60-gram) mission requirement, and that some of these particles appeared to be slowly escaping from the collection head, called the Touch-And-Go Sample Acquisition Mechanism (TAGSAM).

A mylar flap on the TAGSAM allows the material to easily enter the collector's head and should seal shut once the particles pass through. However, larger rocks that didn’t fully pass through the flap into the TAGSAM appear to have wedged this flap open, allowing bits of the sample to leak out.

Also read: NASA collected an asteroid sample. But some of it is leaking into space

Because the first sample collection event was so successful, NASA’s Science Mission Directorate has given the mission team the go-ahead to expedite sample stowage, originally scheduled for November 2, in the spacecraft’s Sample Return Capsule (SRC) to minimize further sample loss.

"The abundance of material we collected from Bennu made it possible to expedite our decision to stow,” said Dante Lauretta, OSIRIS-REx principal investigator at the University of Arizona, Tucson. “The team is now working around the clock to accelerate the stowage timeline so that we can protect as much of this material as possible for a return to Earth."

Tomorrow, the OSIRIS-REx mission will begin the process to stow its abundant sample of asteroid Bennu. It’s a few days earlier than originally anticipated, but the team is working hard to make sure we get every bit of Bennu we possibly can. More details: https://t.co/b7Wnoz219q pic.twitter.com/PXIlkZhnzi

Fragments from the asteroid's surface area in a collector at the end of the probe's three-meter (10-foot) arm, slowly escaping into space because some rocks have prevented the compartment from closing completely.

That arm is what came into contact with Bennu for a few seconds last Tuesday in the culmination of a mission launched from Earth some four years ago.

The team will send the preliminary commands to the spacecraft to start the stow sequence and, once OSIRIS-REx completes each step in the sequence, the spacecraft sends telemetry and images back to the team on Earth and waits for the team’s confirmation to proceed with the next step.

Osiris-Rex is set to come home in September 2023, hopefully with the largest sample returned from space since the Apollo era.

The stowing operation will take several days, NASA said, because it requires the team's oversight and input unlike some of Osiris-Rex's other operations that run autonomously.

After each step in the process, the spacecraft will send information and images back to Earth so scientists can make sure everything is proceeding correctly.

The probe is so far away that it takes 18.5 minutes for its transmissions to reach Earth, and any signal from the control room requires the same amount of time to reach Osiris-Rex.