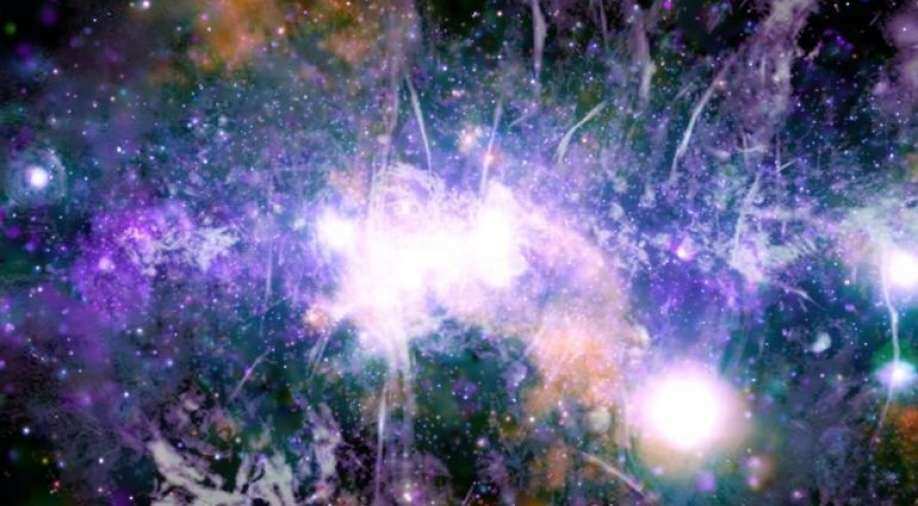 The Milky Way’s extremely energised downtown is situated 26,000 light years away and the image represents an array of celestial objects - from remains of supernova to black holes

NASA recently released a mesmerising image of our galaxy’s hub. Dubbed as Milky Way’s “downtown”, the picture is a composite of at least 370 observations made over the last 20 yeas by Chandra X-ray Observatory.

The image shows countless stars and black holes situated in the heart of Milky Way galaxy. A South African telescope was also used to add contrast to the image.

Daniel Wang from the University of Massachusetts Amherst on Friday told Associated Press that he had been working on the image for a year during the peak of COVID-19 pandemic. He referred to the image as a “violent or energetic ecosystem in our galaxy’s downtown”.

Unravel the threads of superheated gas and magnetic fields that make up the tapestry of energy of our Milky Way galaxy. 🌌

A new image from @ChandraXray brings to life the giant mosaic of data that weaves together this cosmic masterpiece. Discover more: https://t.co/UJZMMDe2Zg pic.twitter.com/jkNgFXk2z2

The Milky Way’s extremely energised downtown is situated 26,000 light years away.  According to Wang, the image represents an array of celestial objects - from remains of supernova to black holes.

The detailed research was published in the Monthly Notices of the Royal Astronomical Society’s June 2021 issue.

This is not the only visual marvel to depict the Milky Way this year. In March, an astrophotographer did the unthinkable by capturing the Milky Way! Finnish photographer JP Metsavainio spent 12 years putting together 234 frames of images at 125 degrees to create a mosaic of the sky.

The panorama created by the photographer shows 20 million stars and was finished on March 16. Each image part of the mosaic is an artwork in its own right and has been made available on his blog.

Asteroid struck by NASA spacecraft leaves a 10,000 km trail in its wake