Like lizards, alligators can regrow their tails too: Study 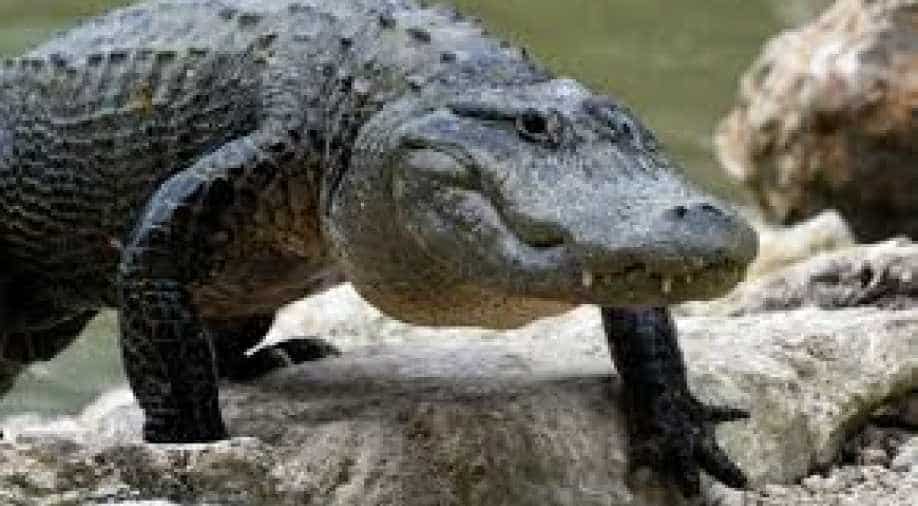 The alligator was stuck in the drain (representative image). Photograph:( AFP )

As kids, all of us have learnt that smaller reptiles, such as lizards, can regrow their tails within days. However, researchers have recently discovered that alligators, too, have this lifesaving skill.

In a recent observation, researchers discovered that juvenile alligators have the ability to regrow their tails up to 9 inches, or up to 18 per cent of their total body length. this observation was made by a team of scientists from Arizona State University and the Louisiana Department of Wildlife and Fisheries. The study was published in 'Scientific Reports' with the title: Anatomical and histological analyses reveal that tail repair is coupled with regrowth in wild-caught, juvenile American alligators (Alligator mississippiensis).

"Using anatomical and histological data, we carried out a comparative analysis of the original and regrown tail segment tissues located near the junction site in the American alligator. All samples analyzed were obtained from wild-caught, juvenile or sub-adult alligators of both sexes (2F:1M) and were assigned a body condition score of 3, as all individuals were well-nourished and in good physical condition at the time of capture," the report read.

The scientists used advanced imaging techniques, with the tried and tested methods of studying anatomy and tissue organisation. As per the study, the regrown tail of the alligator has central cartilage skeleton without any bone which allows the tail to regenerate and heal the wounds on its own.

"The regrown skeleton was surrounded by connective tissue and skin but lacked any skeletal muscle (which lizard tails do regenerate with)," Kenro Kusumi, co-senior study author and professor and director of ASU's School of Life Sciences and associate dean in the College of Liberal Arts and Sciences, told CNN.

This study, experts believe, will help in the advancement of the regenerative therapies in human beings. "We know that humans -- who are incapable of regenerating -- have the same cells and pathways being used to regenerate in these other animals," Jeanne Wilson-Rawls, co-senior study author and associate professor with ASU's School of Life Sciences said. "If this very large long-limbed animal has this ability, can we take advantage of this to help people who have lost limbs or burn victims who need skin regeneration?"