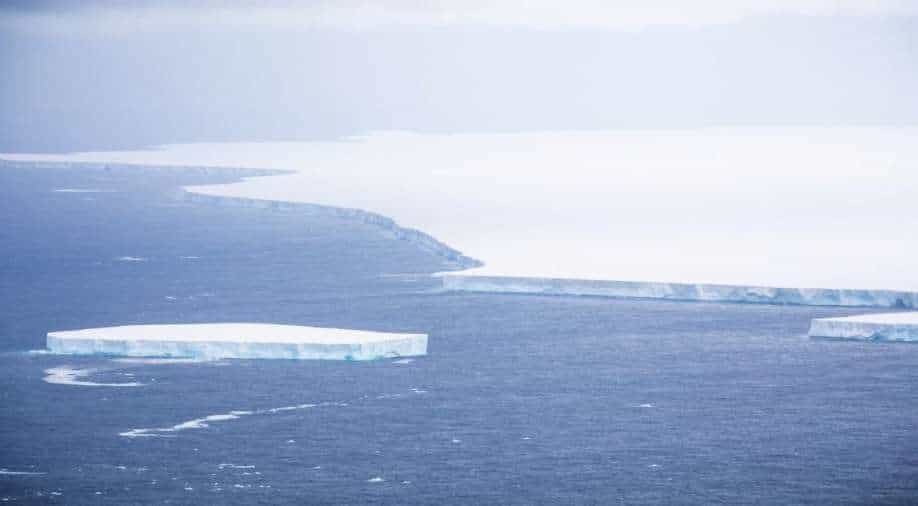 A view of the A-68A iceberg from a Royal Air Force reconnaissance plane near South George island Photograph:( AFP )

The gigantic iceberg, dubbed A68a, is on a path to collide with the South Georgia Island, a remote British overseas territory off South America

The largest remaining chunk of the world's biggest iceberg that broke away from the Antarctic Peninsula two-and-a-half years ago could strike land this month, potentially making a mess of the waters of pristine South Georgia Island in the south Atlantic.

Scientists have spent weeks watching this climate-related event unfold, as the iceberg - about the same size as the island itself – has meandered and advanced over two years since breaking off from the Antarctic peninsula in July of 2017.

The peninsula is one of the fastest-warming places on Earth, registering a record high temperature of 20.75 degrees Celsius (69.35 degrees Fahrenheit) on Feb. 9. The warming has scientists concerned about ice melt leading to higher sea levels worldwide. 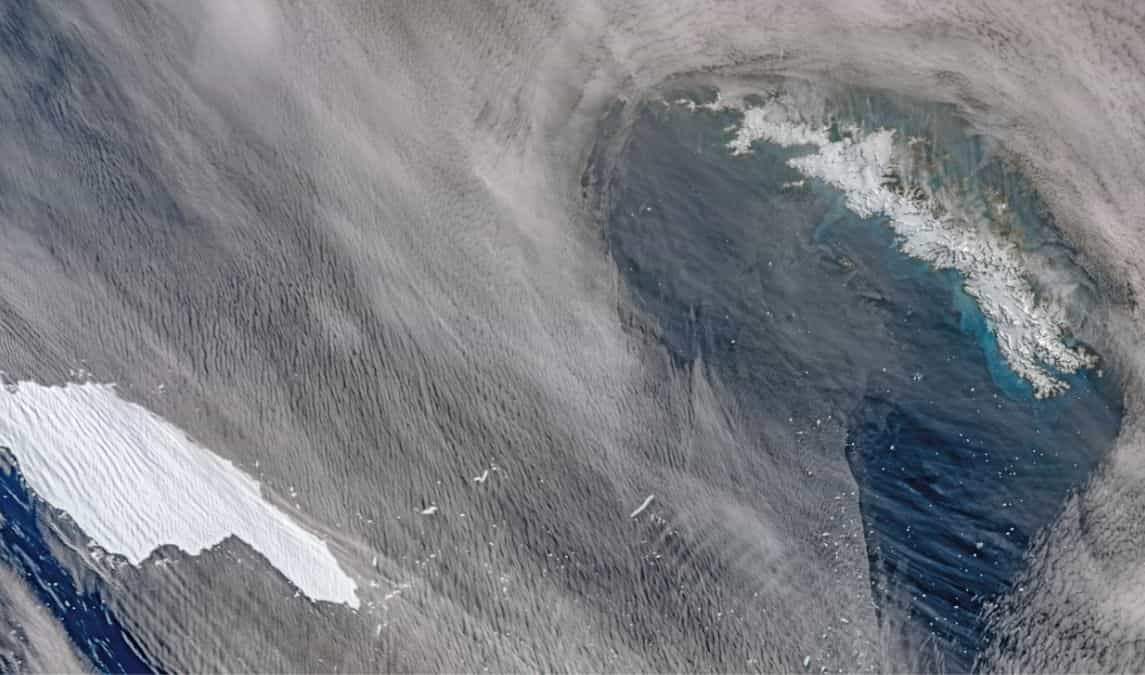 In picture: A satellite image of the A-68A iceberg (L) as it approaches South Georgia island (R) in the South Atlantic/Reuters

The gigantic iceberg, dubbed A68a, is on a path to collide with the South Georgia Island, a remote British overseas territory off South America. Whether that collision is days or weeks away is unclear, though, as the iceberg has sped up and slowed down with the ocean currents along the way, said Geraint Tarling, a biological oceanographer with the British Antarctic Survey who has been tracking the icy mass.

A collision is still uncertain, as the currents could carry the iceberg past the island, Tarling said.

"The currents around the island are complex, and it is still possible it may miss," Tarling said.

Images captured by a British Royal Air Force aircraft and released on Tuesday show the magnitude of the monstrous, 4,200-square-kilometer iceberg, its surface carved with tunnels, cracks and fissures. A number of smaller ice chunks can be seen floating nearby.

"The sheer size of the A68a iceberg means it is impossible to capture its entirety in one single shot," British officials said in a statement.

Scientists fear that the iceberg, in hitting the island, could crush marine life on the sea floor. Should it lodge at the island's flank, it could block penguins and seals off from their normal forage routes to feed their young.

A68a could also be an obstacle to government ships conducting fishery patrols and surveillance around South Georgia and the South Sandwich Islands, British officials said.