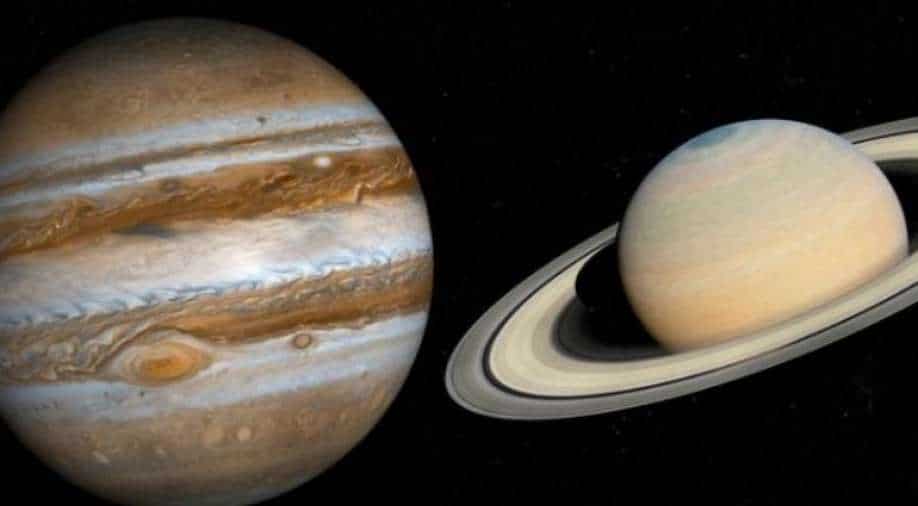 The last time the two planets came so close from the Earth's vantage point was on March 4, 1226

Jupiter and Saturn will look so close to each other on December 20-21 that it will become almost impossible to see them as two different planets, a phenomenon which is happening after about 800 years.

The last time the two planets came so close from the Earth's vantage point was on March 4, 1226.

The phenomena in which celestial bodies align is called conjunction and since two massive planets of the solar system are involved this time, therefore it's known as "great conjunction".

The angle between Jupiter and Saturn on December 21 will be 0.1 degrees at 11:50 pm IST

"But it is fair to say that this conjunction is truly exceptional in that the planets get very close to one another," said Patrick Hartigan, a professor of physics and astronomy at Rice University, on his website.

"In fact, they will be so close it may be a challenge to separate them with the unaided eye for many people."

This is the second time these two massive gas giants came so close to each since the invention of the telescope and the last time it happened was on July 16, 1623.

When to look for the planets

On December 15, 30 minutes after the sunset, one may see a thin lunar crescent over the horizon. However, this will be difficult to observe. The next day, the lunar crescent will be seen right beneath the two planets.

On December 17, 18, and 19 the planets will be visible separately as the crescent will move upwards. On December 20 and 21, it will be difficult to see the two planets separately.