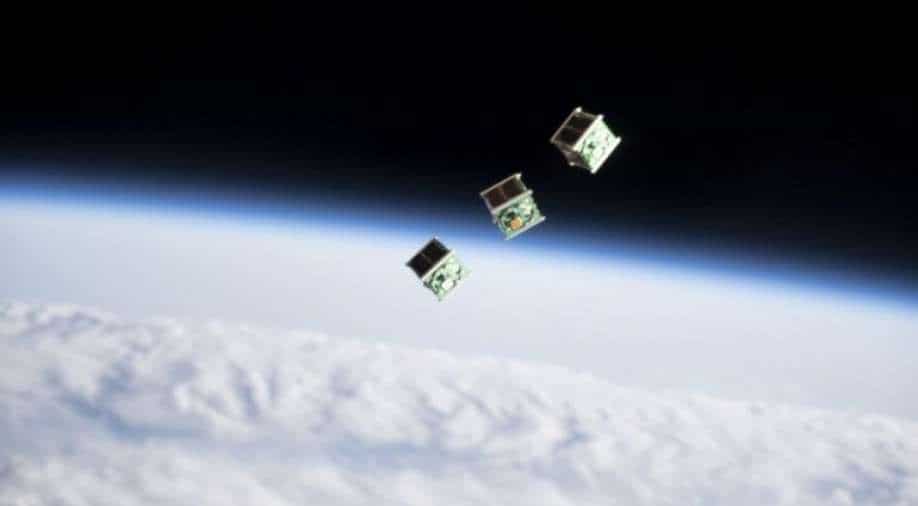 This NASA photo obtained released June 19, 2019 shows a set of three CubeSats pictured shortly after being ejected from the Japanese Small Satellite Orbital Deployer attached to a robotic arm outside of the Japan Aerospace Exploration Agency's Kibo labora Photograph:( AFP )

Japan is set to change the game... in space! A company from Japan, in collaboration with Kyoto University, is developing the world's first satellites made out of wood, and they hope to achieve the feat by 2023

Japan is set to change the game... in space! A company from Japan, in collaboration with Kyoto University, is developing the world's first satellites made out of wood, and they hope to achieve the feat by 2023.

Sumitomo Forestry told BBC that it had begun research on the growth of trees, and understanding how to use wood materials in space.

Also read: UK is planning to remove debris from space. Here's why every country should be doing it!

Researchers will attempt to understand how wood performs in extreme environments on our planet, and then extrapolate their findings to create the first of its kind wood satellite. With satellites being launched at a mindblowing pace, space junk continues to remain a major issue.

Many countries around the globe are trying to understand how to deal with space junk, which is clogging up the atmosphere and poses a risk of collision in space between satellites.

A professor from Kyoto University and an astronaut from Japan - Takao Doi told BBC how the satellites burn up in the atmosphere and release tiny particles that remain in the upper atmosphere for years, which eventually affects the Earth's environment.

Soon, the researchers will undertake the development of an engineering model of the satellite, based on which they will manufacture the flight model.

Sumitomo Forestry is in the process of developing wooden materials that are highly resistant to changes in temperature and can flourish in the face of sunlight, which would equip the satellites to survive in space.