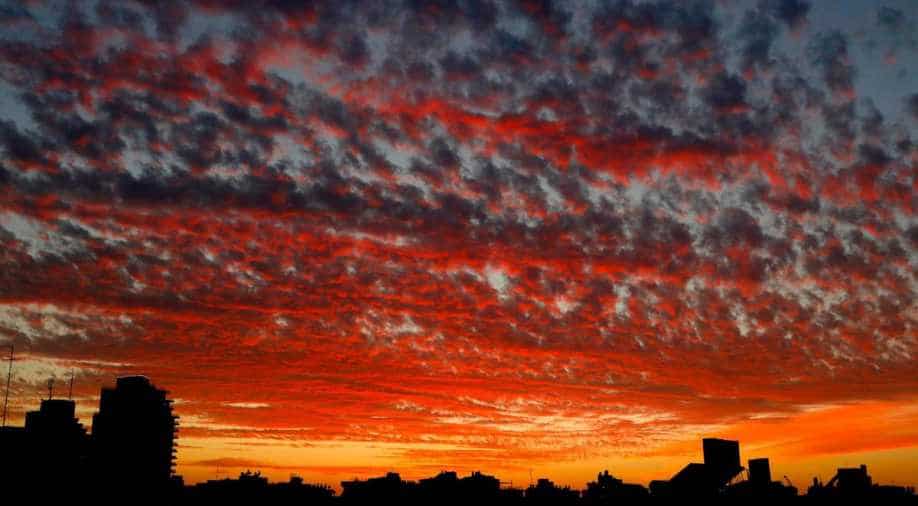 The regions facing the highest number of threats are Sub-Saharan Africa, South Asia, the Middle East and North Africa, the report said.

The global climate crisis could see more than a billion people displaced from their homes in the next 30 years, according to a new report.

The Ecological Threat Register, conducted by the Sydney-based Institute for Economics and Peace (IEP), projected that as many as 1.2 billion people around the world could be displaced by 2050.

The world's poorest and most vulnerable populations will be hardest hit.

The report drew on data from international organisations, and the IEP then calculated the relative threats of population growth, water stress, food insecurity, droughts, floods, cyclones, and rising temperature and sea levels.

It found that more than a billion people lived in 31 countries that had low resilience -- meaning they aren't equipped to withstand the impact of ecological change in the coming decades.

The regions facing the highest number of threats are Sub-Saharan Africa, South Asia, the Middle East and North Africa, the report said.

Better-resourced countries in places like North America and Europe will be more able to manage the effects of these disasters -- but they'll likely face huge flows of climate refugees, the report warned.

Water scarcity may be an even bigger issue, the report said.

By 2040, a total of 5.4 billion people -- or more than half of the world's projected population -- will live in countries facing high or extreme water stress. India and China, the world's top two most populous countries, will be among those countries, the report said.