Too many Asian CEOs in Silicon Valley affecting US society, suggests Steve Bannon 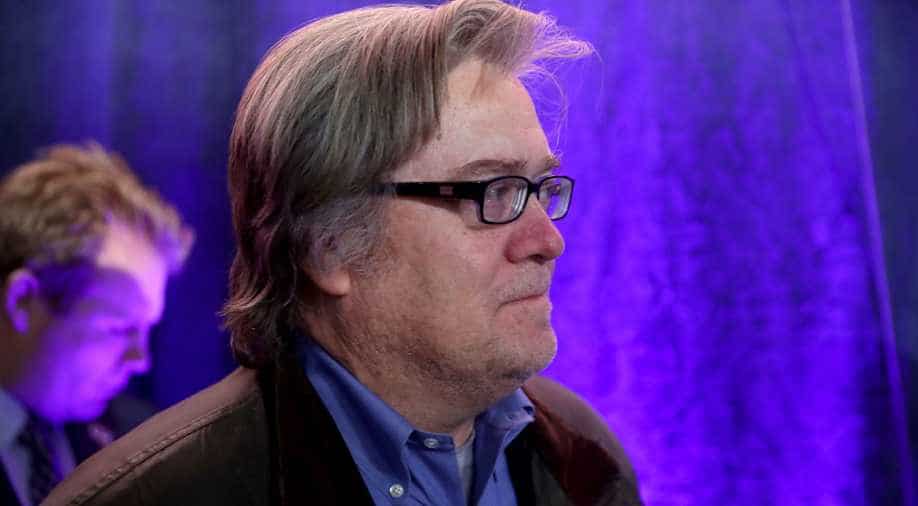 Donald Trump’s top aide Steve Bannon had last year voiced his concern about most US-based tech companies being headed by people from South Asia or Asia.

Bannon was found expressing his concern during an interview with Donald Trump last year while he was still heading Breitbart News, a website and voice for the alt-right movement.

Talking about skilled foreign labour, Trump during the interview had said, “We've gotta be able to keep great people in the country. We've gotta create, you know, job creators... We have to keep our talented people in this country."

However, Bannon disagreed with Trump’s suggestion and expressed his concern over too many Asian CEOs leading tech companies in the US.

“When two-thirds or three-quarters of the CEOs in Silicon Valley are from South Asia or from Asia... ” said Bannon, leaving the sentence unfinished. “A country is more than an economy. We’re a civic society,” added Bannon.

Bannon also suggested during the interview that foreign students should go back to their respective countries after finishing their schooling in the US.

The president-elect's choice of Bannon - chair of the pro-Trump news platform Breitbart and a key figure in his victorious election campaign - has whipped up a chorus of protests to which Sanders forcefully added his voice.

Trump's camp, however, rejects any suggestion that Bannon is a bigoted extremist, saying critics should look at his full resume.