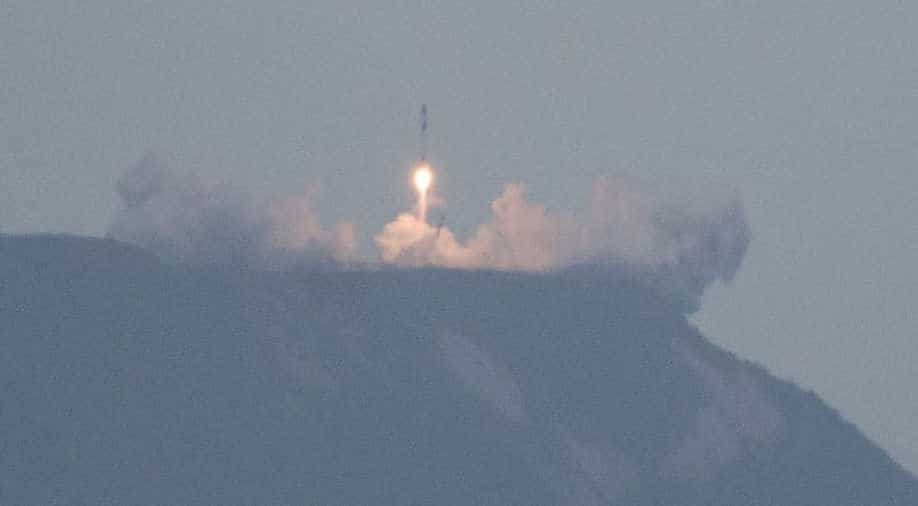 Rocket Lab's Electron rocket lifts off from its launch site in Mahia, on the east coast of New Zealand's North Island on May 25, 2017. Photograph:( Reuters )

New Zealand media said it was also believed to be the world's first successful launch from a private site||The launch marks an advance in the move to private enterprise carrying small satellites, other cargo to space||Although a New Zealand firm, Rocket Lab's main backers are US companies

The rocket blasted off from the company's facility at Mahia, on the east coast of the North Island, to end three days of launch attempts aborted because of the weather.

"Made it to space. Team delighted. More to follow!" aerospace company Rocket Lab tweeted as New Zealand became the 11th country to launch into space.

Made it to space. Team delighted. More to follow! #ItsaTest

New Zealand media said it was also believed to be the world's first successful launch from a private site, and marks a further advancement in the move towards private enterprise carrying small satellites and other cargo towards the stars.

"In the past, it's been countries that go to space, not companies," said Rocket Lab founder and chief executive Peter Beck.

Before the launch, he described the venture as "an important milestone for our team and for the space industry at large".

The 17 metre (55.7 foot) rocket is said to have reached speeds of more than 27,000 kilometres per hour during the two-and-a-half minute flight into orbit.

Beck has said that while there would be some celebrations following a successful launch, the main party would wait until they reached the commercial stage of taking satellite cargo into orbit.