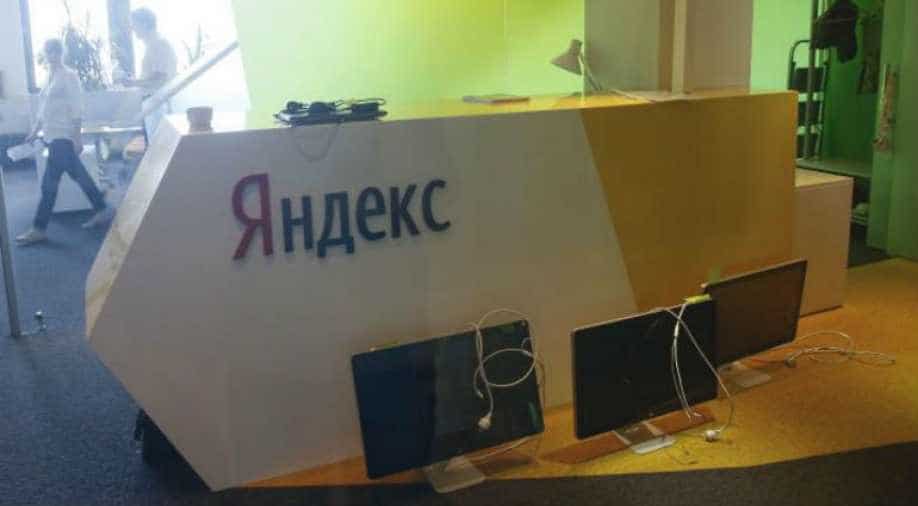 Unplugged computer monitors are seen through a glass door in the office of the Russian internet group Yandex Photograph:( Reuters )

Investigators raided offices of search site Yandex for illegally collecting Ukrainian users' data and sending it to Russian security agencies. ||More than 450 Russian firms have been blacklisted by Kiev since Moscow's annexation of Crimea in 2014 and the pro-Russian separatist uprising.

Ukraine imposed sanctions on Yandex and several other Russian Internet firms this month and blocked access to their websites, saying it wanted to guard against cyber threats.

"There are representatives of Ukraine's Security Service in our offices in Kiev and Odessa," Yandex said in a statement, saying its lawyers were willing to help with any investigation.

SBU spokeswoman Olena Gitlyanska said on Facebook "investigative actions" were being carried out in connection with a criminal investigation into suspected treason but gave no further details.

A Reuters witness at Yandex's Kiev office saw plain-clothes investigators sticking yellow labels onto a number of computers that appeared to have been seized.

Later, the SBU said in a statement that information had been passed to Russia for use in reconnaissance and acts of sabotage that undermined the sovereignty and territorial integrity of Ukraine.

Yandex has previously said it operates fully in accordance with Ukrainian law. It does not expect sanctions to have a materially negative impact on its business.

More than 450 Russian firms have been blacklisted by Kiev since Moscow's annexation of Crimea in 2014 and the ensuing pro-Russian separatist uprising in eastern Ukraine.

Before sanctions were imposed, Yandex employed 320 people in Ukraine and had about 11 million Ukrainian users.