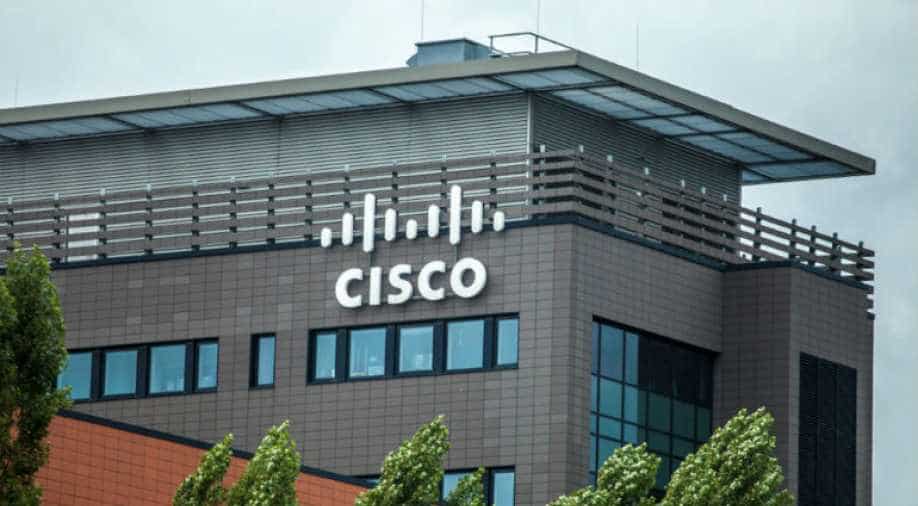 Cisco logo seen on one its office buildings Photograph:( AFP )

Cisco Systems cuts 1,100 jobs after reporting weaker-than-expected financial results in the past quarter. ||The company had some 71,959 employees at the end of January.

Network equipment maker Cisco Systems said it was cutting 1,100 jobs after reporting weaker-than-expected financial results in the past quarter.

Cisco - which last year said it would eliminate around seven per cent of its workforce, or 5,800 jobs - said the plan now required further cuts, without offering details on the regions or staff concerned.

The company had some 71,959 employees at the end of January.

In the fiscal third quarter that ended in April Cisco`s net profit rose seven per cent from a year ago to $2.52 billion, which was below most Wall Street expectations.

Revenues meanwhile slipped 0.5 per cent to $11.94 billion, slightly ahead of forecasts.

But Cisco`s outlook for the coming quarter was weaker than most analysts had expected.

California-based Cisco is one of the largest makers of internet network equipment, making hardware for a range of industries ranging from telecoms to connected devices.