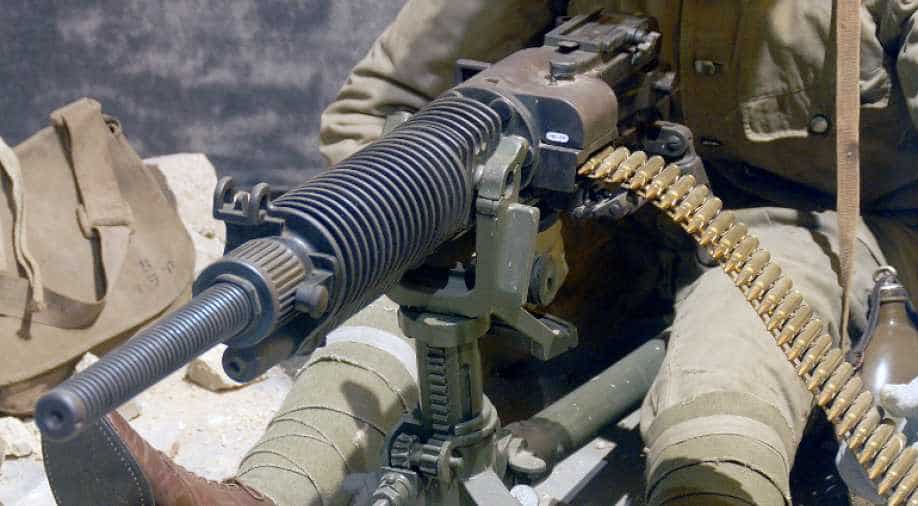 The US remained the top arms exporter in 2012-16 with a one- third share of global arms exports. (Image credit: Wikimedia Commons) Photograph:( Others )

If you view geopolitical events across the world, you will understand that conflicts are fuelled to sustain the weapons industry.

Do arms sales cause conflicts? Or do conflicts trigger arms sales? This is a Chicken-Egg problem that deserves attention because increasingly, arms sales form the fulcrum of foreign policies of countries.

On WION Edit, we will explore this. Look at some of the major conflicts in the world - Syria, Yemen and Iraq.

In all these conflicts, either one or both the parties use American weapons. Yes, weapons do not start a fire. But access to weapons stokes fires.

And weapons make conflicts that are much more intense and probable. In fact, arms sales have been a defining thread in the foreign policy of most countries.

The US clearly has the policy to sell weapons to any country that wants them and can afford them. Money is the only criterion. case in point Saudi Arabia - the home of 15 of the 19 attackers of 9/11.

As recently as last week, a Saudi national was involved in an attack at a US naval base. Saudi Arabia's record on terrorism has been patchy, to say the least.

But none of this has affected US weapons sales to Saudi Arabia in May this year, the Trump administration pushed an 8 billion dollar arms deal without congressional approval.

And this, even when America's own department of defence is investigating how American weapons sold to Riyadh end up in the hands of al Qaeda-linked terrorists and hardline militias.

Look at other allies of America - most of them buy weapons from the US. And then pursue policies which are aggressive and sometimes hostile.
.
Examples, UAE, Egypt, Israel, Taiwan, Australia, South Korea and Japan.

The US has provided weapons worth 124 billion dollars to all these countries between 2002 and 2016.

In the last five years, West Asian countries accounted for 52 per cent of American arms exports. Is it any surprise that this region is roiled in conflict.

And it's not just the US which uses foreign policy to sell weapons. countries like the UK and France do the same.

Look at the situation in Yemen. The UK is an active participant in the Yemen crisis. It provides weapons to Saudi Arabia.

Earlier this year, a UK court said that British arms sales to Saudi Arabia are unlawful. The court accused ministers of ignoring whether airstrikes killed civilians and broke the humanitarian law.

This is the template. The murder of Jamal Khashoggi brought this issue to the fore. Soon after Khashoggi's murder, Saudi Arabia conducted the 'Davos in the Desert' conference in October 2018.

All the major defence- firms and fund managers gave it a skip. It was as if the global arms industry had sprouted a conscience. But a year later, they were all back at the event, pitching weapons for sale to the kingdom of Saudi Arabia.

For firms like Lockheed Martin and Boeing, it's cut-throat business - plain and simple. Conflicts help these firms thrive.

Here, we have to discuss India. Over the last few years, New Delhi's ties with most nations have improved. India-Israel ties, India-France ties, India-US ties and India-Russia ties.

India has purchased or in the process of purchasing crucial strategic arms from each of these countries.

The conflicts in India's neighbourhood are good news for the defence firms in these countries. The same applies to Erdogan's interference in the Kashmir issue, Pakistan is alienated and Turkey has arms to sell.

Add 2 plus 2 and you can understand Turkey's support to Pakistan.

Across the world, defence majors - both countries and firms - have a lot at stake.

If you view geopolitical events across the world, you will understand that conflicts are fuelled to sustain the weapons industry. And then the loop continues.

The only victim -in this kind of 'arms diplomacy' is peace. Diplomacy is bait for protecting weapons markets. This is not healthy, but unfortunately, this is the norm.