WION Edit: Is Canada silently surrendering itself to Khalistanis? 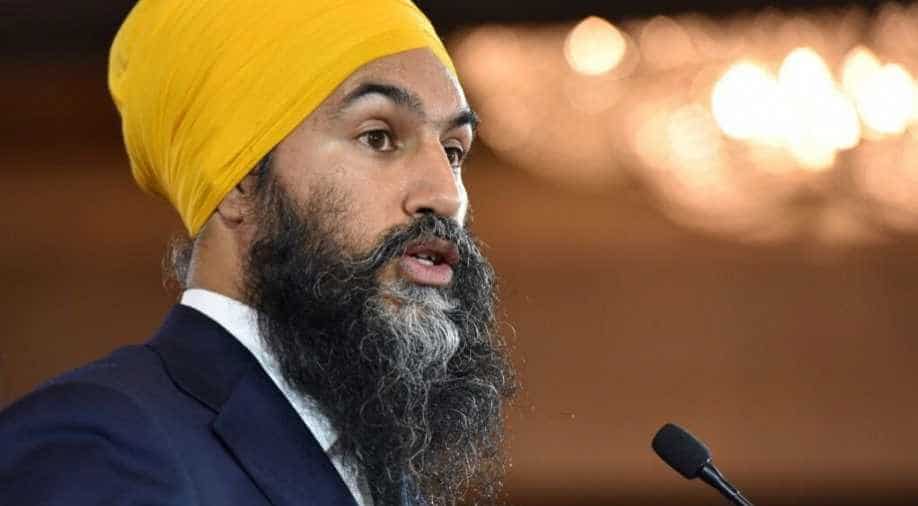 On the issue of terrorism, Jagmeet Singh's record is far from being acceptable. This could have a bearing on the India-Canada relationship.

This could have a bearing on the India-Canada relationship. Since Justin Trudeau came to power in 2013, things haven't been smooth sailing. Jagmeet Singh's NDP is the only party Trudeau can count on. Trudeau will court Jagmeet Singh to get his bills passed. This complicates Canada's relationship with India.

Discussions on Jagmeet Singh often fall under the 'grey' category. Soon after Jagmeet Singh became the leader of NDP in October 2017, he gave an interview to the Canadian Broadcasting Corporation (CBC).

In the interview, Singh was quizzed repeatedly on his view on Talwinder Singh Parmar - the Khalistani terrorist who orchestrated the Air India bombing in 1985. Not once did he take a stand.

On the issue of terrorism, Jagmeet Singh's record is far from being acceptable. And now he's a political heavyweight whom the Canadian PM cannot ignore.

New Delhi has been observing what's happening in Canada. India can only offer to revive ties, Canada has to meet India at the half-way mark.

Local political compulsions could derail Trudeau's India strategy. Especially with a pro-Khalistani voice having a major say in the country's politics. There is a stark difference between how Canadian Sikhs view the issue and how Indian Sikhs see it.

Jagmeet Singh supports the Khalistani cause. Even if it is only to earn brownie points among his voters. As long as the Canadian government relies on Jagmeet Singh, there is a real risk of Canada surrendering itself to Khalistani separatists.

As long as Khalistani sympathisers threatening India exist in the power centres of Canada, the bilateral ties will suffer.

Now, the ball is in Trudeau's court. Does Trudeau value the 'historically strong' ties with India? Or would he court parties that interfere in India's sovereignty?

The answer to this question alone will define the future of this relationship.

Explained: Royal mess - all the controversies that British Monarchy has faced till date