Why the world fears a ‘Joker’ 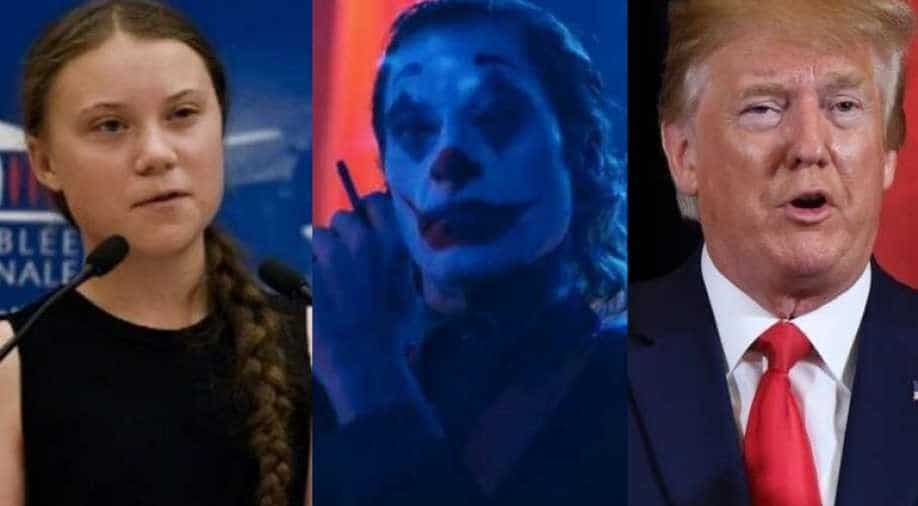 In a disruptive world wrought with fear and insecurity - the weak, strong and the great must walk together.

We live in interesting times. The awkward, weird and dangerous is now the new normal.

An ex-talk show reality TV host is the president of the most powerful nation on Earth, another across the Atlantic is now set to disrupt his country by walking out of the European Union with a “no-deal”.

There is more, a 16-year-old girl from Sweden has shocked elders into taking climate change seriously. The “little girl” has gone on to make the most powerful men in the White House & Kremlin a wee bit uncomfortable, especially given the fact that they have a nuclear stockpile which can bring about a nuclear winter, leave alone Co2 levels.

Closer home, an outdated 70-year-old Article in the Indian Constitution has been abrogated bringing with it multiple headaches for India’s neighbour and for a prime minister who has been running from pillar to post to convince the world that India is wrong & Pakistan is right.

So what is about the “Joker” that we fear. Do they test our demons? Or are they a force of change for the good in the time of FAANG (Facebook, Amazon, Apple, Netflix, Google).

According to research, in the last 15 years( roughly the dawn of the worldwide web), mankind has seen the most dramatic changes - technologically & socially. It has naturally changed the natural order of things - we are more “connected”, less dependent & more selfie, oops self-aware!

Disruption, however, has come to define our times with virtually every industry, country and society feeling its effect. There are talk shows, realms of newsprint and a wide variety of websites devoted to it trying to assess and define the phenomena.

The notable thing is though that disruption has always defined the way civilization exists. The industrial revolution in Britain created a wave of technology and changes in the 19th century which profoundly changed the way we looked at ourselves.

The Ford car with its groundbreaking "assembly line" disrupted horse carriages ensuring a "cleaner" way to travel on roads, but over 100 years later cars are now being panned for causing pollution.

The industrial revolution spawned a generation of individual disrupters, or jokers if you want to call them - Richard Roberts invented the power loom replacing the handloom, thereby explosively increasing scale of production. Other greats - Richard Arkwright defined the spinning industry, James Watt invented the steam engine and changed travel forever. A little known Englishman Charles Babbage also known as the "father of computers" created the first mechanical computer. The list is endless.

Even as these changes were taking place, Britain and Europe were expanding not just territorially in their hunt for new colonies and markets but in population as well, but the pace of change continued unabated.

The 21st century is no different. The Internet has radically changed our way of thinking bringing with it people who have defined our times - Zuckerberg, Bezos, Steve Jobs, and several others. The change has been felt in politics, culture and economy, each has tried to incorporate the new wave, those who have resisted have sunk into oblivion.

A final thought for the "jokers", the world should at least take note of their presence, learn from them and rework their plan because they are a product of our times. The jokers cannot be shunned and dismissed as a bad joke because the consequences of that could be even worse.

In 2020 and beyond, progress has to be all-embracing with no boundaries and no limits. In a disruptive world wrought with fear and insecurity - the weak, strong and the great must walk together.