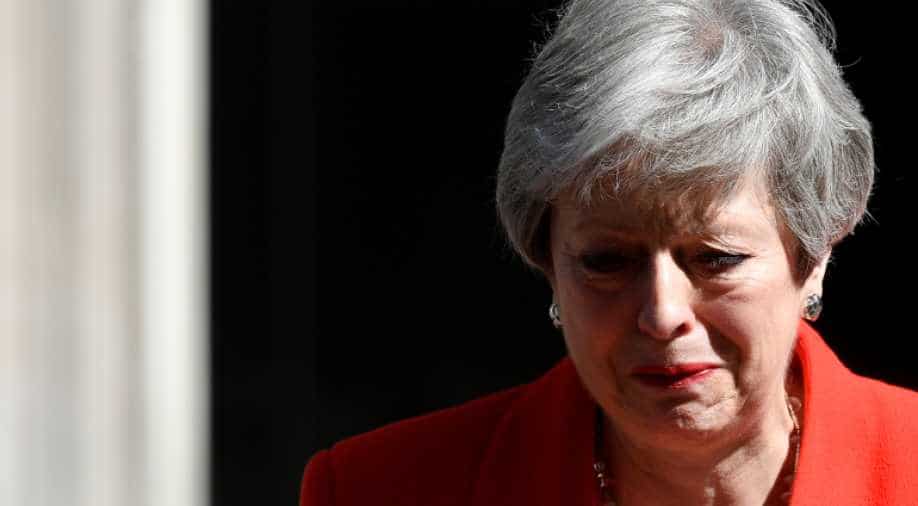 Theresa May’s resilience has been remarkable. But it is also finite. Leaders can only lead when they have followers and too few Tories are now prepared to follow May any longer.

Europe has claimed the career of yet another Conservative prime minister. After less than three years in office, Theresa May has suffered a catastrophic loss of confidence in her leadership among MPs and cabinet ministers. She has finally faced up to the demands from within her party and announced her resignation.

Indicating her intention to step down, May said she had tried her best to deliver Brexit but accepted that she had not managed to get MPs to agree. She said she was leaving with no ill will, only “gratitude”.

She will depart from Downing Street on June 7 and the competition to replace her will formally begin the following week – though in reality, it has been underway for some time.

Indeed, May’s departure has been a long time coming. Many speculated that she couldn’t remain long in office after losing her party’s majority in the 2017 general election. In December, when facing a vote of no confidence among her MPs, she promised not to lead her party into the next general election. In March this year, in a bid to persuade more MPs to back the Brexit withdrawal agreement, she promised to leave sooner rather than later.

May’s resilience has been remarkable. But it is also finite. Leaders can only lead when they have followers and too few Tories are now prepared to follow May any longer.

Much of the drama of course has been fuelled by Brexit. It launched May’s premiership in July 2016, when she succeeded David Cameron. It has been the source of most of her woes. And it has finally wrecked her premiership.

May was elected Tory leader in part because she seemed to offer a safe pair of hands for delivering the referendum result after Cameron jumped ship. Brexit would mean Brexit, she told her party; and if no one was clear on what she meant, most thought she would deliver.

So where did it go wrong? Three points in time are worth considering, if only because they focus attention on the challenges she has faced.

The first is of course the decision that ultimately forced May’s hand. This came shortly before her resignation, when she presented a new set of “compromises” on her Brexit plans that would please precisely no one. She had been planning to present them for a parliamentary vote, despite already having lost three votes on her deal. The deal was now utterly toxic, and May’s intention to persist suggested a loss of judgement. Her stubbornness, once valued, was now a significant liability. Her party told her enough was enough.

But while this was the immediate trigger for her announcement, the seeds were sown long ago. The second point at which it all went wrong was the 2017 general election. The Conservatives gained votes but lost their parliamentary majority. May lost much of her personal authority as a result.

At the start of that election campaign, May had looked set to win a commanding majority. But even if she had won big, securing support for a withdrawal agreement would not have been simple. Her authority would have been greater, to be sure, and she would have had more MPs to support her, but it is unlikely that the withdrawal agreement would have looked much different. Many of the fundamentalist Brexiteers in her party could well have opposed it.

Which perhaps suggests that her demise was written into her story from the very moment she decided to run for the leadership in June 2016.

May has made many mistakes along the way. Her suggestion early on that “no deal is better than a bad deal” was always a hostage to fortune. She might also have offered reassurance to Remainers and talked of the need for compromise, even as she pursued her vision. But this assumes that people in her party and parliament would have been willing to accept compromise.

Brexit has rapidly become a touchstone issue for political identity, akin to abortion and gun control in the US. In the circumstances the window for compromise was always small and fleeting.

As she confirmed that she was giving up, May sent a signal to potential successors, speaking once again about compromise, revealing that the late British humanitarian Nicholas Winton once told her: “Never forget that compromise is not a dirty word. Life depends on compromise.”