Oscars 2019: Yet again, Hollywood shows it thinks film-making is a man thing 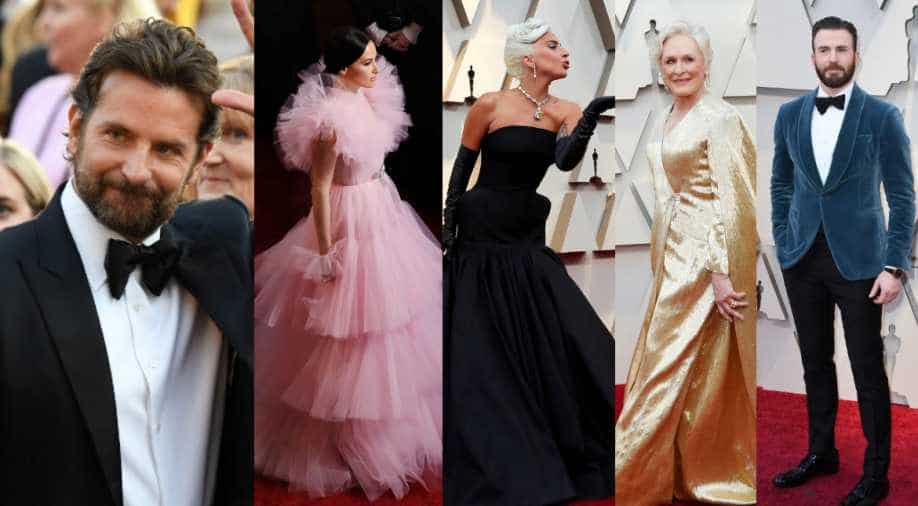 Once again, another Academy Awards in which no women were mentioned in the important category of best director.

Another year, another Oscars Ceremony. Red-carpeted self-congratulations, the popping of flashes and the anticipation of the popping of corks at the many after parties for the rich and famous. And, once again, another Academy Awards in which no women were mentioned in the important category of best director.

In the 91 years that the awards have been running, only five women have been nominated for this coveted award – and only one, Kathryn Bigelow, has come away with the statuette: this represents about 1 per cent of nominees and winners. It’s a shockingly low statistic, even when you take into account that a mere 8 per cent of Hollywood’s top 250 films in 2018 were directed by women. In 2017 America’s Equal Employment Opportunity Commission found Hollywood to be guilty of discrimination against female directors, but as yet there have been no significant shifts in the number of women directing.

But while there is clearly much to do, there may be some small tremors discernible on Hollywood’s Geiger counter. Take Mimi Leder‘s newest film 'On the Basis of Sex', about the career of US Supreme Court justice Ruth Bader Ginsburg. Leder was effectively ostracised by Hollywood after the commercial failure of Pay it Forward (2000), so her return to directing with a biopic of one of America’s most prominent feminist icons suggests that Hollywood is softening in its treatment of women on, and off, screen.

Leder’s return to the director’s chair comes alongside the impressive success of Ava DuVernay, who has been breaking ground for women of colour in the film industry. DuVernay became the first African-American woman to make over $100 million at the American domestic box office with A Wrinkle in Time (2018) and was subsequently offered a $100m deal with Warner Bros. This deal came despite the film’s lukewarm critical reception, and claims that it was helped to box office success by 'The Incredibles 2', with which it was paired at various drive-ins in the US. It should be noted that DuVernay’s deal with Warner Bros was to develop television content.

It is on the television and streaming sectors that women seem to have more opportunities. It was as a television director that Leder has been working since her film career faltered, gaining acclaim for her work on 'The Leftovers', and 'DuVernay' has oscillated between television and film – taking on a number of producing roles for the small screen.

The current Hollywood climate continues to favour male filmmakers, with its penchant for high-octane action blockbusters and superhero movies that are more often than not films for – and about – men. Coverage of the forthcoming Captain Marvel movie may be trying to draw on the film’s feminist credentials – with its female lead and female director – but Anna Boden is only one half of the directorial team (she shares the role with Ryan Fleck). So despite Marvel boss Kevin Feige’s claims that “many” of the upcoming Marvel films will be directed by women, as yet no movie from what is known as the “Marvel Cinematic Universe” (MCU) has a female director, although Australian director Cate Shortland is expected to helm the Black Widow film.

Even if MCU and other action-producers continue to hire women directors, though, this will not necessarily affect the Oscars – 'Black Panther' currently standing as the only MCU movie to be nominated.

Independent filmmaking has, historically, offered more opportunities for women directors, and therefore the lack of women nominated for the Best Director award seems even more pronounced. Although figures for women working within the independent sector are less well publicised, the Celluloid Ceiling Report suggested that women are better represented in the independent sector, making up 23 per cent of the directors of narrative features screened at festivals in 2017 and 2018.

Statistics such as these demonstrate that women directors are working in the American industry, but the big studios are failing to hire them and the Academy is failing to recognise them.

Women directors slated for nods this awards season all made films that fall into the independent or Indiewood category: Debra Granik’s 'Leave No Trace', Lynne Ramsay’s 'You Were Never Really Here' and Marielle Heller’s 'Can You Ever Forgive Me'.

Anne Fletcher’s latest film 'Dumplin’ was independently produced and distributed by Netflix. Fletcher had box office success with mainstream rom-coms including '27 Dresses' (2008) and 'The Proposal' (2009) but after the failure of 'Hot Pursuit' it appears that she too has been pushed out of the mainstream.

'That Dumplin’ was distributed by Netflix, and 'You Were Never Really Here' was distributed by Amazon Studios, demonstrates that there are different outlets for women within the changing media culture – but there is still a lack of support for women in the mainstream – the big studios. And even those women who have had success in Hollywood are rarely recognised for their achievements.

The death of Penny Marshall in December was met with a public outpouring of grief via social media and popular press. She was hailed as a trailblazer as the first woman to make over $100 million at the American domestic box office with 'Big' (1988). But Marshall is not a household name. 'Big' is remembered as the film that made Tom Hanks’ name, not Marshall’s. Marshall is just the first in a long string of women who have changed Hollywood, but they are not recognised for their achievements.

(Claire Jenkins is Lecturer in Film and Television Studies, University of Leicester)