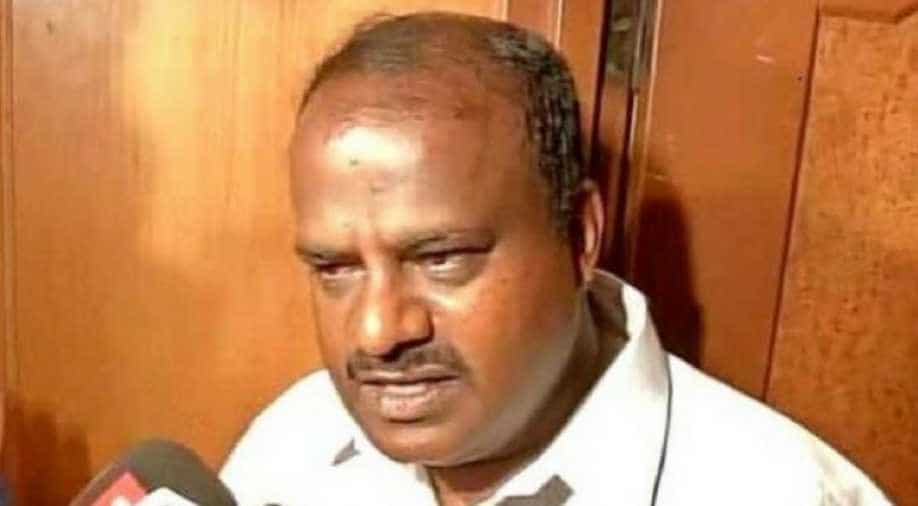 Breaking down on sensitive issues is a natural human reaction. However, making insensitive, provocative statements and shedding tears on a daily basis reflect political immaturity of a leader.

It was nothing less than a soap opera when 2018 Karnataka Assembly elections took a dramatic turn and despite BJP emerging as the single largest party, two arch rivals - Congress and JD(S) formed government in the state.

Putting aside their differences, the two parties came together to form the government even after BJP leader BS Yeddyurappa had taken oath as the chief minister.

The coalition won the trust vote and HD Kumaraswamy replaced Yeddyurappa as the chief minister. However, soon after the Congress-JD(S) alliance came to power, Kumaraswamy 'overflowing emotions' were at public display.

In May 2018, Kumaraswamy said that he was at mercy of the Congress because JD(S) did not get an absolute majority. A month later in July, the chief minister burst into tears at a public rally stating that he was not happy being in the top post and was swallowing the pain like ‘Vishakantha’ (Lord Shiva), who drank poison.

Downplaying Kumaraswamy's statements as mere emotional outbursts, JD(S) had then claimed that there was no rift between the coalition partners.

However, this time Kumaraswamy's statement on the murder of a JD(S) worker crossed all acceptable lines. The chief minister was caught on tape instructing someone (reportedly a police officer) to avenge the worker's killing.

"I don't know how you will handle it (the case).. because it was your responsibility. I am actually disappointed because it (the murder) brought a bad name. He (who was murdered) was a good person.. There is no problem if you shoot such people mercilessly," he was heard saying.

His party, thereafter, issued a clarification saying that it was an 'emotional reaction' and not orders. However, it's extremely irresponsible for a coalition head and chief minister to give provocative statements. Such remarks fuel the enmity between the rival groups.

Karnataka government, under the leadership of Kumaraswamy, is responsible for the law and order situation in the state, and not to instigate police and public.

A complaint filed against Kumaraswamy says that such emotional orders are uncalled for and a clear violation of constitutional provisions. The complaint termed the incident a scary development.

Meanwhile, his emotional statements didn't end here. At a recent event, Kumaraswamy swore on his son to assure farmers of waiving off their loans.

In his defence, Kumaraswamy says he is an emotional person, and thus, reacts on human-centric issues.

It was a godsend for both Congress and JD(S) to form a government in the state. The chief minister's emotional outbursts damage the government credibility. It affects not just his image but also of the alliance partner - Congress.

Furthermore, such tearful statements give a chance to the opposition to target the state government leaving the Congress red-faced. Earlier, senior Congress leader Siddaramaiah had urged Kumaraswamy to refrain from making emotional statements in public.

Several politicians from PM Narendra Modi to Rajya Sabha MP Jaya Bachchan have cried in public; In 2014, Modi broke down during his speech as the PM-elect in Central Hall of Parliament. Jaya Bachchan was speaking on Nirbhaya gangrape case when she choked and couldn't hold back her tears.

Breaking down on sensitive issues is a natural human reaction. However, making insensitive, provocative statements and shedding tears on a daily basis reflect political immaturity of Kumaraswamy who is making his tenure as a 'tragic era'.