Do we really care about river Ganga? 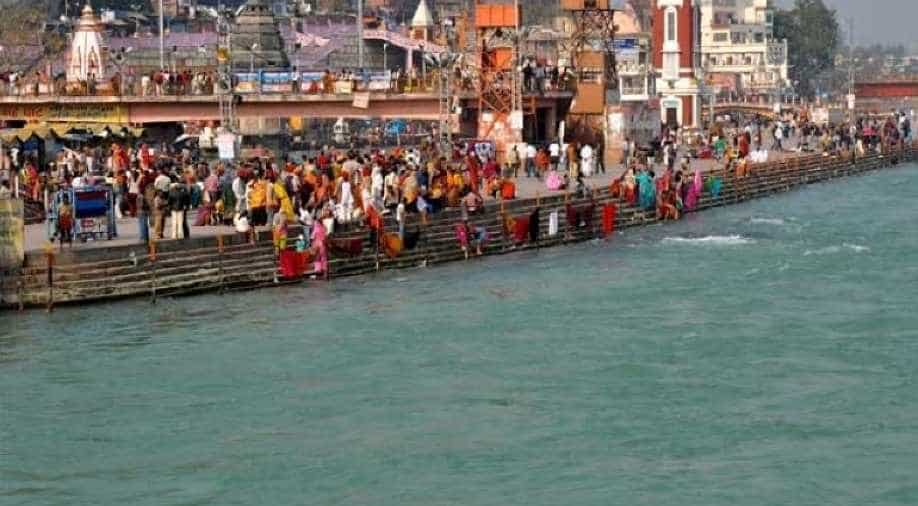 Saving the Ganga is not government’s responsibility alone, people too need to come forward and demand corrective steps that are destroying the river and its aquatic life every single day.

Soon after eminent Ganga conservation activist G D Agarwal died after a hunger strike, our hypocrisy towards the Ganga, considered one of the holiest rivers, stands exposed once again. According to RTI data revealed in media reports, resident Indians, NRIs and PIOs contributed only a measly 2 per cent to the Clean  Ganga Fund’s total corpus of Rs 234.98 crores.

The Clean Ganga Fund was started by the BJP government shortly after it assumed office in May 2014. In fact the BJP government has made cleaning the Ganga, a river that runs through several states like Uttarakhand, Uttar Pradesh, Bihar, and West Bengal, both a mission and a poll plank.

The Clean Ganga Fund is managed by the ‘Namami Gange’, the government’s flagship programme launched in June 2014 for the ‘effective abatement of pollution, conservation and rejuvenation of National River Ganga’. The budget outlay for ‘Namami Gange’ is Rs 20,000 crore.

But the Clean Ganga Fund was launched by the government to tap into the supposed enthusiasm of Non-resident Indian towards the conservation of the river. The Fund projected itself as a platform through which the well-off NRIs could contribute to the cleaning of the river Ganga. Perhaps the BJP had believed that its supporters abroad would donate to this holy mission with the same zeal with which they had donated to the party’s campaign funds in the 2014 election. Several media reports had then highlighted that NRI Indians are BJP’s biggest donors. However, four years down the line, this support for the BJP has not channeled into its flagship programme of Ganga’s conservation.

As government’s own data shows, its plan to set up "Clean Ganga Fund (CGF)" with voluntary contributions from residents of the country and Non-Resident Indian (NRIs) / Person of Indian Origin (PIO) and others has come to nought. In fact, the usual suspects made 86 per cent of the total donations to the Clean Ganga Fund - government entities like government departments, government organiations, and public sector undertakings contributed a total of Rs 163.49 crore to the fund.

Saving the Ganga is not government’s responsibility alone, people too need to come forward and demand corrective steps that are destroying the river and its aquatic life every single day.

Ganga’s basin covers more than one million sq km (390,000 sq miles) and to the more than 50 crore Indians who live in this vast region, it is life-giving, as it provides for irrigation, food, drinking water and trade.

The government needs to introspect why even four years later its own supporters have so little trust in the Namami Gange programme and the Clean Ganga Fund that they have contributed such a negligent amount. Because in the last four years, the BJP’s own fund has continued to receive the monetary blessings of its supporters with the party’s corpus growing to multiple times that of all other parties put together.

At the same time, people too need to really ask themselves if they care about the Ganga. Mere lip service and holy dips is unlikely to save the mighty river.