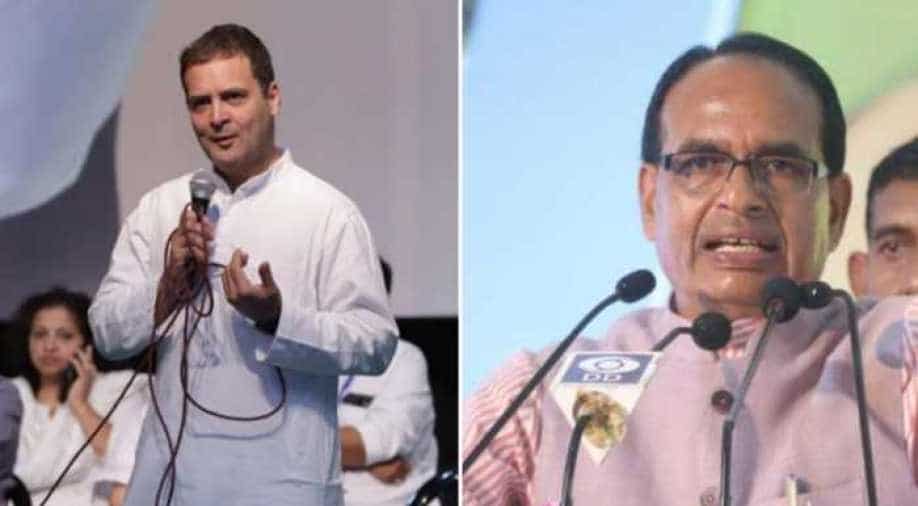 Politicians belonging to the two major claimants for power in Madhya Pradesh – BJP and Congress – are feeling the shivers down their spine, with December 11, the day for counting of votes, just round the corner.

The winter chill has not yet peaked in Bhopal but the politicians belonging to the two major claimants for power in Madhya Pradesh – the ruling Bharatiya Janata Party and Congress – are feeling the shivers down their spine, with December 11, the day for counting of votes, just round the corner.

There were undercurrents but as the voters had chosen to remain silent, there was no wave in favour of either the BJP or Congress during the campaigning for the election to the state Assembly. Obviously, therefore, the BJP seniors are on tenterhooks as they wait for the poll outcome.

The only question occupying their mind at present is whether or not they will be able to return to power in MP for the fourth time in a row. Congressmen on the other side, after three consecutive defeats in 2003, 2008 and 2013, are spending sleepless nights craving for victory in this election.

Before polling on November 28, reports citing the “Satta Market”, had tilted the balance in favour of Congress and it was projected that the BJP was heading for defeat in Madhya Pradesh. This was widely covered by the media. Two days after polling, posts on social media cited an alleged police intelligence survey conducted before the casting of votes. It gave 90 seats to the BJP, 128 to the Congress and 7 to independents and others.

A “tentative list” that went viral on December 3, flashes the fate of each BJP candidate versus the main opponent from the Congress side and predicts that the BJP would win 123 seats and lose 105 to the Congress.

The "Satta Market" is also hovering over the poll related forecasts these days. The other day, someone was sitting with a prominent businessman in his office. As the conversation veered round to the outcome of polls, he was quick in lifting the phone and asking one of his subordinates at the other end to check the latest “Satta trend”. Pat came the reply that the trend was now favouring the BJP in Madhya Pradesh.

The role of the "Satta market" can also be gauged from BJP’s latest charge that the Congress was influencing the bookies and fixing the Satta rates keeping in view Rajasthan, where polling will be held on December 7.

It’s a matter of serious concern that how everyone is willing to connect with the illegal "Satta Market". There is also an indication that it could leave an impact on the voting pattern.

In the midst of speculations about the people’s verdict, the Congress party has slammed the ruling BJP and raised the issue of alleged tampering with EVM machines. Videos showing gaping gaps in transporting EVM machines and the management of strongrooms meant for keeping these machines have gone viral. Charges are flying freely over the delay in transporting the EVMs from Khurai constituency to the Sagar district headquarters. A junior level revenue officer has been suspended as it took about 48 hours for the EVMs kept as reserve in the Khurai constituency to reach Sagar.  There was a huge protest on this issue and angry Congressmen even did a “gherao" of the district collectorate.

Another video doing the rounds on social media shows the Rewa collector interacting with a Congress candidate, who was complaining about the strongroom arrangements. From what is audible, the collector is heard giving the “shoot at sight” orders against anyone going near the strong room. She also conveyed in clear terms that the election was a minor event and she meant business as her goal was to rise and become the Chief Secretary and a principle Secretary.  The authenticity of what has been said in this video remains to be verified.

The BJP leaders on their part, are pointing out that the Congressmen are raising a hue and cry about the EVMs as they are sensing defeat and want to pick an excuse for their defeat.