James Mattis: Who will keep Donald Trump in check now? 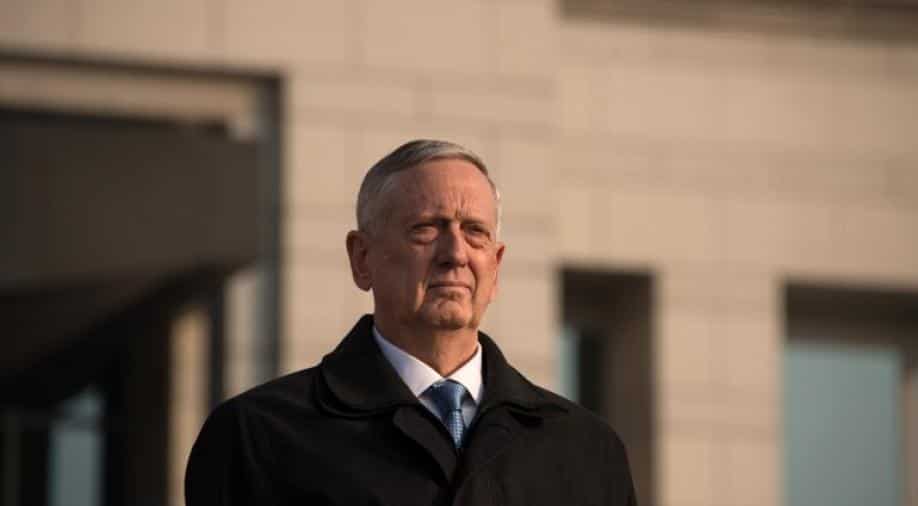 With the loss of US leverage in any talks, Syria will now be left to the devices of Russia, Iran and Assad’s autocratic and self-interested machinations and exploitation.

Rational observers, US allies and even America’s adversaries are left to wonder where President Donald Trump’s erratic foreign policies and unpredictable decision-making will now lead after the departure of Defence Secretary James Mattis, the one reliable constant on whom they could depend in a presidency defined by inconsistency, disorder and disarray.

Before considering Trump’s surprising and abrupt decision to withdraw US forces from Syria and Afghanistan and Mattis’ subsequent resignation, it is important to remind ourselves of the president’s notorious — one shudders at the use of such a term — “leadership” style.

Throughout his business career, when confronted with situations casting him in an unfavourable light or threatening him with loss of face, Trump’s almost instinctive response was to distract and create chaos. In those circumstances, he could then thrive as others veered to address the decoy issue while the underlying issue was forgotten, set aside or ignored.

Fast forward to this week’s Syria decision and the resulting Mattis resignation. Consider the array of dauntingly adverse news confronting Trump, all painting a particularly unpleasing portrait of the Trump presidency: a plunging Wall Street set to record the worst December since 1931; closure of 25 per cent of the federal government due to his refusal to compromise on his demand to fund an unnecessary and wasteful $5 billion wall on the border with Mexico; a special counsel investigation that is closing in on the centers of the fetid Trump campaign, administration and even family; an unresolved trade dispute with China, the world’s second largest economy; and loss of his coveted Republican majority in Congress in less than two weeks, rendering most of his campaign promises mere fiction.

Amid such overwhelming bad news, where else is a president to turn to exercise his authorities and coincidentally distract voters from his spiralling presidency? Of all his powers, the president of the United States enjoys near autonomy in foreign policy. The drafters of the Constitution, understanding the national security implications of the matter, purposely intended things that way. The Senate exercises confirmation authority over presidentially-appointed positions and the House maintains control of the purse in its power to approve or reject funding for virtually any government action.

Bad news in the Middle East

But that still leaves President Trump with considerable powers to address issues and crises, whether real or perceived. This brings us to Syria and Secretary Mattis. The nation will certainly survive the Syria conflict. What the decision does to US policy in the Middle East, however, is another question. Given that the US has little discernable overarching policy for the region other than countering Iran, bolstering Israel and defeating the Islamic State (IS), it would seem that everything else has been ceded to the much-discredited Saudi Crown Prince Mohammed bin Salman.

The only effective US action in Syria since the start of the civil war in 2011 has been its successful arming and training of a credible fighting force, the Syrian Democratic Forces, comprised largely of Kurds but also Arabs, to confront the Islamic State and Syrian President Bashar al-Assad. By withdrawing US forces from Syria, Trump will have returned US policy in Syria to the status quo of before he entered the office. America again will have no leverage whatsoever for reaching anything approaching a balanced, humane and fair conclusion of the civil war and any form of representative government.

Barack Obama’s secretary of state, John Kerry, had pleaded with Obama for US military engagement in Syria, if only token, to give him negotiating leverage in the Geneva process with Russia. It did not happen until Donald Trump took office. It worked and is one reason why the Astana process, an alternative peace process that includes Russia, Iran, Turkey and the Assad regime but not the US or the European Union, has made no genuine progress. And it won’t until all interested parties return to Geneva and can have their concerns genuinely addressed.

With the loss of US leverage in any talks, Syria will now be left to the devices of Russia, Iran and Assad’s autocratic and self-interested machinations and exploitation. Syrians may see an end to their civil war but little prospect for prosperity or a change in the Assad dictatorship. Moreover, the Kurds and Arabs of northeastern Syria will be abandoned and exposed to the deprivations of Turkish President Recep Tayyip Erdoğan, who has set his sights on neutralizing the “Kurdish threat” in Syria.

The move also jeopardises the security of Syria’s surrounding states, including Israel, Jordan and Lebanon. Given Iran’s aggressive intentions in Syria against Israel and Tel Aviv’s firm determination to resist the Islamic Republic — recently reaffirmed by Prime Minister Benjamin Netanyahu — we should expect more uncertainty and instability.

Finally, Trump’s claim of the defeat of IS can fairly be described as fake news. Experts estimate some 25,000 to 30,000 Islamic State fighters in Iraq and Syria, with an IS resurgence already planned in Syria. The Islamic State also remains a credible threat of instability and violence throughout Egypt and North Africa. So, while IS has certainly suffered major setbacks in Syria as well as Iraq, it is far from beaten. Once US forces depart, we should count on its return to eastern Syria and increased threats against Iraq. And we shouldn’t discount the likelihood that the other terrorist organization prominently engaged in Syria, Hezbollah, and its Iranian backers will also turn their attention to eastern Syria.

The political weather out there is frightening

For Americans, now wrapped up in preparations for the upcoming Christmas and New Year’s holidays, little concerning Syria will register. What should concern them and the entire world, however, is the departure of James Mattis. Given Trump’s fatal attraction to only those who agree with him in senior administration positions, there will be no more gatekeepers after Mattis.

All of those whom he once termed “my generals” will have left or been indicted (see former National Security Adviser Michael Flynn). Trump sometimes referred to his now departing defence secretary as “mad dog,” an apparent appellation acquired during the secretary’s days as a combat commander in the Marines. It was never appreciated by the cerebral and thoughtful former four-star general, universally respected for his breath of knowledge of world history and international affairs and his depth of experience. Mattis had found ways to talk the president out of unsound policies and decisions but clearly could not prevail in the Syria decision. His resignation was tantamount to a rebuke of Trump.

National Security Adviser John Bolton and Secretary of State Mike Pompeo are practically Trump clones when it comes to rigid, blinkered, hard-edged and aggressive foreign and national security policies. We can expect Mattis’ successor to be of the same ilk.

That’s a chilling thought, given the extraordinary power of American forces around the world and their ability to wreak havoc on the order, or whim, of one very unpredictable, erratic and impulsive man. That power includes one of the world’s two largest nuclear weapons arsenals.

The effort to circumscribe America’s irresponsible and congenitally mercurial president must now reside with Congress. The US Senate, with its authority to block an unsuitable nominee to the soon-to-be-vacant post, and the House, with its power to initiate funding bills, must now exercise their constitutional powers to constrain Donald Trump. This will be especially challenging for the still Republican-controlled Senate, given its heretofore almost reflexive and uncritical support of its standard bearer in the White House.

The US system of democracy, under strain since Trump’s inauguration in 2017, must now confront yet another challenge. The American system, always an experiment in constitutional, multi-racial, multi-confessional democracy, may be facing its most serious crisis since the Civil War more than 150 years ago. Then, it was a strong president and properly-led armed forces that ultimately saved the republic. Today, America has anything but a strong president, though its armed forces are inarguably more capably led.