Islamic State is focusing on subcontinent and India in particular 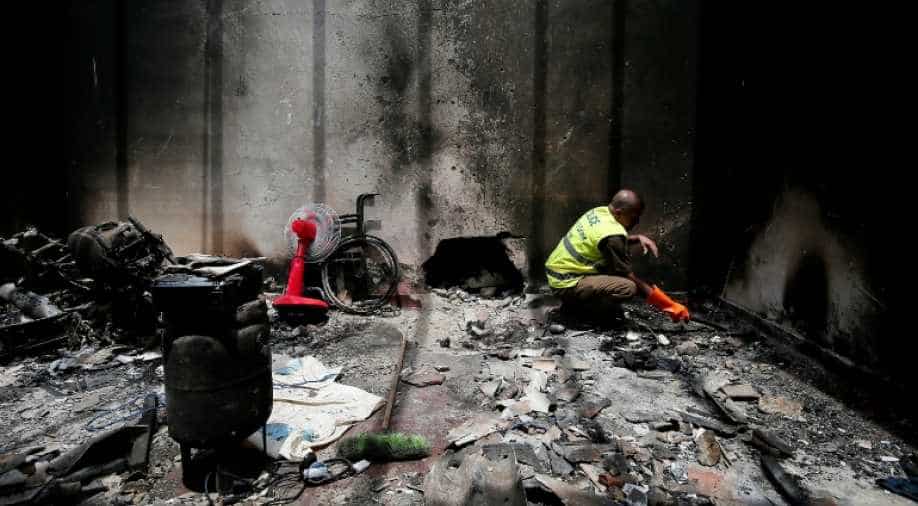 The Indian subcontinent is obviously high on the Islamic State (IS) agenda. Ever since the Sri Lanka suicide bombings, IS statements, some genuine and others probably false, are focusing much on the subcontinent and India in particular.

Geo-strategically it makes a lot of sense to a strategic observer; the Indo-centric nature of the subcontinent does ensure that nations on the periphery are linked socially and economically. Besides, that IS hopes to exploit the presence of Muslims across the length and breadth of the country through attempts at radicalisation. Its initial efforts at drawing recruits from India largely failed.

The Rohingya issue in Myanmar and Bangladesh is looked upon as one with great trigger potential. It is something the IS has not been able to exploit. Little realised is also the fact that South Asia is the home to almost 500 million followers of Islam, the biggest regional entity the faith has anywhere in the world. Syria and Iraq had the emotive appeal for the so-called Caliphate due to proximity to the main Islamic shrines, with money and territory available by different means. Similarly, it should be the Indian subcontinent that should attract the next priority simply on the basis of religious affiliation and large strength of Muslims within the subcontinent.

The attempts to penetrate Pakistan and Afghanistan failed due to the lack of space and none of the other radical extremist groups willing to yield ground. The IS obviously has succeeded in ensuring trust deficit with other radical groups affiliated to Islam. It now appears to have changed its strategy of a direct entry to the heart of the subcontinent and possibly decided to enter it in right earnest through the periphery; Sri Lanka’s territory and vulnerable minority Muslim population facilitate this entry to the southern region of India. Indian intelligence agencies have been warning for some time that areas in Kerala and Tamil Nadu have been witnessing increasing radicalisation. The IS was also probably keeping its eyes and ears open particularly due to the large footprint of expatriates in the Gulf.

Selecting Sri Lanka as the peripheral area seems to have been fully borne out because the relative ease with which the IS managed its operations. However, a lot of thought probably went into the selection of locations and the modus operandi. It was probably aware that the focus of Sri Lanka’s intelligence and security services was entirely on the Tamil and Sinhala threats; the Muslim issue was a sideshow which emerged once in a while with the eight per cent (less than two million) Muslims of the island.

The Sri Lanka intelligence services were fed enough intelligence, of the impending action, by India and the US but they could not get their act together. Political and bureaucratic rivalries may have contributed to that but there is no doubt that it was the IS innovative modus operandi which also made the difference to its success. With intelligence bias focused on Tamils and Sinhala, a  Sri Lanka Muslim network with Tamil Nadu Thowheed Jamath (TNTJ) remained under the radar; the National Thowheed Jamath (NTJ) of Sri Lanka is the chief suspect for the entire carnage. Even more than that, the system of radicalisation and networking was nothing short of brilliant. The IS returnees had set up cells which were based upon a few families instead of spreading them wide with a large array of individuals. Efforts were focused upon radicalising a whole family so that chances of information leakage were minimised. In January 2019, police had discovered a cache of explosives and detonators in Colombo and could not link it with anything. The phenomenon of radicalising families to take on bombings was also witnessed in Indonesia.

The selection of suicide bombers as weapons of destruction rather than simply placing improvised explosive devices (IEDs) at target locations was a deliberate choice. The social impact of suicide bombers on a society being addressed for greater radicalisation is much higher.

The choice of targets was made for maximum impact. High profile hotels in Colombo’s central district would mean foreign tourists, especially at breakfast time on a holiday, Easter. Congregations were simultaneously gathering at churches which were the other targets elsewhere; that made coordination so much easier. Foreign tourists in body bags meant an international furore and message of IS capability to hit at will.

“Sri Lanka is a developing country with divided politics and weak institutions. The same has happened in countless countries, many of them wealthy and with highly skilled intelligence services”, wrote the New York Times in an elaborate post-event report, referring to the inability of the Sri Lankan intelligence services to prevent the carnage despite adequate intelligence.  Why is this important for us in India? The arrests that have taken place in Sri Lanka, some genuine and some on mere suspicion do not reflect the busting of the network which perpetrated the suicide blasts. Handlers and potential suicide bombers appear to be yet on the loose considering the assessment of the numbers. In India’s southern region where the support base exists for the networks in Sri Lanka, the authorities have arrested Rias Abu Bakr who allegedly was planning suicide attacks in Kerala. The mindless politics of Kerala and the extent of radical penetration in the southern region should worry India’s intelligence services who have had a creditable record in the anti-terror domain particularly since 26/11. The long drawn general election period of 2019 in India has taken its toll on intelligence and police services which have been stretched.

If the IS really has the intent of penetration into India it would have exploited this period and would be planning several decoys. One among them is the focus it has managed to draw to the southern region while something devious could be under planning for potential targets elsewhere in the country. One of the major challenges for the next government at the Centre would be the dilution of divisiveness a phenomenon promoting potential IS effectiveness. The political community does not realise the immense harm it is doing to the internal security and laying an open invite to devious entities such as IS to exploit.