India’s once great rivers are victims of ecological violence 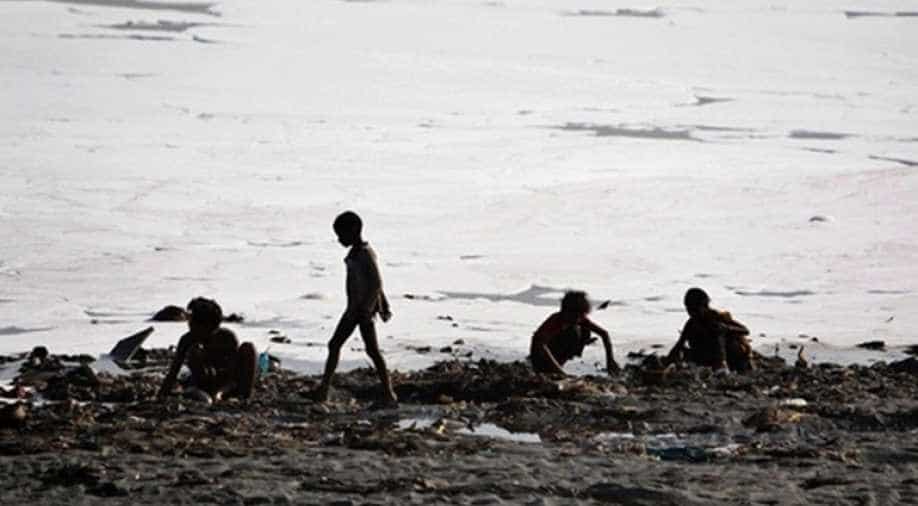 This election season, voters need to realise that the only religious issue that matters is the downright insult to our rivers happening across the country.

Soon after Diwali, Chhath puja was celebrated by people from Bihar and Jharkhand. The main religious ritual involves making offerings to the rising and setting sun,  from the banks of a river.  Like every year, hundreds of people from these eastern states gathered on the banks of various rivers in north India, including the Hindon, a tributary of the Yamuna. The Hindon originates in the lower Himalayas and flows through Meerut, Ghaziabad, Noida and Greater Noida before joining the Yamuna just outside Delhi. The Hindon has great significance in Indian history and culture as a site of the Indus Valley Civilization, Alamgirpur, lies on its banks. In the Mahabharat, the lac palace which the wily Kauravas had lured the Pandavas into in a ploy to burn them alive, lies in a place called Varnavat (now Barnava) in Baghpat district.

But looking at the froth in the polluted waters of this ancient river, no one can tell its cultural significance. The Ghaziabad district administration,  the municipal authorities of the city and the Central minister of state General VK Singh (who is an MP from Ghaziabad) had promised people that the Hindon would be cleaned up before Chhath puja. However, that turned out to be yet another empty promise by the state. Some piecemeal efforts were made to release water into the Hindon but the problem runs much deeper as hundreds of litres of sewage water and garbage from the city is dumped into it. Essentially, once again, hundreds of Chhath puja devotees stood in highly polluted waters of the Hindon. A few years ago there were pictures of a red Hindon on social media as illegal stone crushing units had dumped their waste into the river with impunity. In 2016, some villages in Baghpat district of UP had decided not to vote in the 2017 assembly elections in protest as the unimaginable pollution of the Hindon was resulting in more cancers and neurological diseases than the people had ever experienced.

The environmental activist GD Agarwal or Swami Sanand died earlier this month due to fasting in protest against the government’s inaction on cleaning up the Ganga. The river was so dear to this civil engineer- activist monk, that he spent much of his long life fighting to save the Ganga from man-made projects that would hamper the river’s uninterrupted flow in the upper reaches. In the flurry of Bollywood weddings and other meaningless WhatsApp forwards, the news of his death and the cause he stood for barely registered with the masses. However, a consortium of seven non-profit organisations which have been organizing an annual event called India Rivers Week, which ends on November 26, dedicated this year to the late activist.  The main question being asked is, despite the decades that have passed since efforts to clean up and revive the Ganga, and the several hundred crores that have since been spent, why is the state of the Ganga worse than it ever was, and how can this issue be solved?

The pollution of the Ganges from Rishikesh right until Diamond Harbour, near Kolkata, is an issue that has got the attention of the world, even though nothing dramatic has happened to control it. But it is almost impossible to find an Indian river which is unpolluted for most of its journey. In its latest study, the Central Pollution Control Board discovered that the number of polluted rivers in India has risen from 121 to 275 over the past five years. Tamil Nadu is fighting Karnataka not only over the Cauvery’s waters but also for polluting the river with industrial effluents even before it enters Tamil Nadu. Cauvery water which was the main drinking water source for lakhs of people, is now toxic beyond safe limits.

Ramaswamy Iyer, an expert on Indian rivers, having been secretary at the Ministry of Water Resources and author of India’s first National Water Policy in 1987 attributes near death of India’s once great rivers not just to heavy pollution but also to other factors like violence to their physical components such as the river-bed, banks and floodplains. The underlying cause, he says, is a poor understanding of what constitutes a river and the deeply flawed attitudes and approaches towards rivers and the environment in general. Every river in India, except the Brahmaputra, is a female and has significance in Hindu epics and scriptures. Just as women are worshipped as devis and abused like nowhere else, rivers are worshipped as bountiful mothers (Ganga maiyya, for example)  but havoc is wreaked on them. This election season, voters need to realise that the only religious issue that matters is the downright insult to our river goddesses happening across the country.