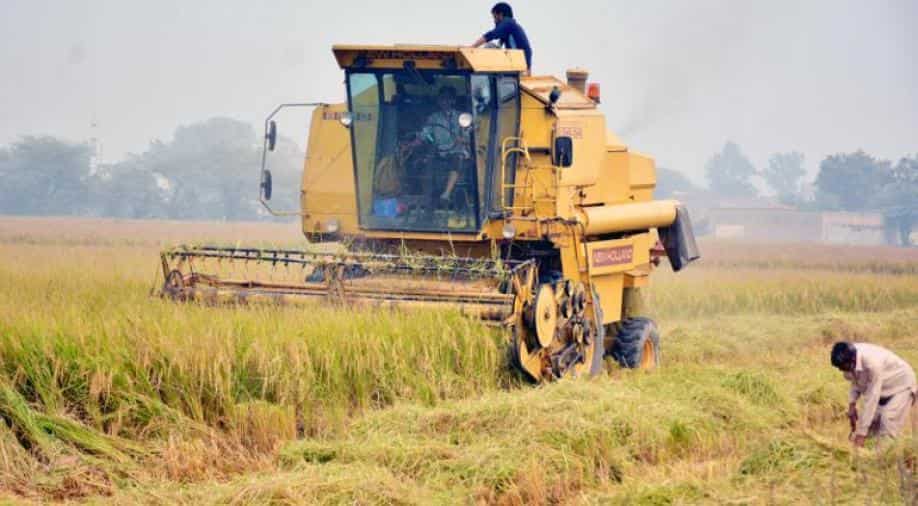 Many countries across Africa and Asia are passionately embracing agricultural technology to obviate the ever-increasing threat of floods and droughts.

As the world reels from a series of freakish weather phenomena, a new report from the UN suggests climate change will carve the global agricultural community into two camps: winners and losers. What’s particularly troubling is that the “winners” are already thriving, while the losers are clustered in the developing world. If these forecasts come to pass, the world will be more unequal than ever — and billions of people will face potential starvation.

But there’s a ray of hope, and it comes from the myriad new technologies that are transforming the way we farm. These agricultural technologies could help to obviate the effects of climate change and ensure the planet’s population growth doesn’t lead to a global hunger epidemic.

Of course, there are still those who say we’ve nothing to fear, and that climate change is a myth. But those deniers, led by Donald Trump, are being confronted with an ever-growing mountain of evidence in the form of extreme weather patterns, like Hurricane Florence that hit the United States in September. From droughts in Australia to floods in Japan and southern India, the world is witnessing the catastrophic effects of global warming on practically a daily basis.

But beyond these headlines, scientists predict that rising temperatures will have disastrous consequences for the world’s farmers, particularly those in the “global south.” The new report from the UN’s Food and Agriculture Organization finds that climate change will enhance the agricultural potential of countries in more temperate areas, but frazzle growing zones in more tropical climes. The biggest winners will be Russia and Canada, while Europe, the US and Australia will all see an upturn. West Africa, India and their surrounding regions will see their harvests slashed.

This echoes another recent UN report, which concluded that climate change is already driving up hunger levels by triggering droughts and flooding. In fact, scientists have found that of the 51 countries that suffered food emergencies in 2017, 34 experienced climatic shocks. Many of these countries are also battling political and economic crises, making them doubly vulnerable.

The inescapable conclusion is that climate change will make the global economic gap even wider. Despite concerted efforts to reduce this divide, income inequality has fallen only slightly, and some research even indicates that the gap is widening. Billions of dollars in aid have been channelled to Africa — an additional $45 billion will be sent by 2020 — but the US still produces five times the continent’s entire GDP, and that gap will only widen if UN forecasts are realized. Moreover, the developing world is facing a demographic crisis: Over the next 30 years, analysts expect the populations of Africa and Asia to grow 11 times faster than the rest of the world. These regions cannot afford to lose their most fertile land.

The international community certainly talks a good game on climate change. Practically the entire world has ratified the 2015 Paris Agreement, which pledges to keep global warming within 2 degrees of pre-industrial levels. Yet many countries are failing to match their words with actions, as demonstrated most recently by a survey that ranked more than three-quarters of EU member-states as “poor” for their post-Paris progress.

But as governments flounder, a raft of new technologies is enabling farmers to take matters into their own hands. These technologies allow growers to adapt to climatic conditions, target their use of pesticides more efficiently and improve their output with precision techniques. Most significantly, they facilitate information-sharing across borders, encouraging the spread of best practices and expertise. A prime example is an app built by the University of Queensland in Australia that enables beef farmers on the island of Vanuatu to see the performance of their cattle in real time. Such innovation can only lead to efficiency gains, which will be crucial to the developing world as climate change erodes its farmlands.

There are myriad examples of technologies that could have an equally positive impact, from the predictive seed placement tool developed by The Climate Corporation, which uses big data to recommend optimal seeding rates for a particular growing area, to the drones that cover a rice field with pesticide and fertilizer in just 15 minutes. Then there’s vertical farming, which promises to take agriculture away from the fields altogether. The practice involves growing crops in warehouses and shipping containers, turning every terrain on earth into a potential farm. Dubai, unsurprisingly, is an enthusiastic early adopter, and with analysts predicting the market will be worth around $10 billion by 2025, it’s clear this zeal is more than matched elsewhere.

Indeed, many countries across Africa and Asia are passionately embracing agricultural technology to obviate the ever-increasing threat of floods and droughts. India’s burgeoning space agency is providing satellite images to map the production capacity of its fields; Japan is leading the way in drone research as it attempts to ease the burden on its ageing farming population. In Africa, a raft of start-ups is shooting up, from the Nigerian company that arms farmers with data to help them negotiate prices with unscrupulous merchants to the Kenyan enterprise that channels solar energy into irrigation kits.

Now it seems the world’s opinion leaders are taking notice. Billionaire philanthropist Bill Gates is talking up the potential of new technologies to offset climate change in the developing world, while the UK government, the world’s second-biggest aid donor, is ploughing money into partnerships that it says will revolutionize agriculture in Africa. Yet the ominous question remains: Have we found the answer just in time, or too late?

The UN says we have only a few years to avoid catastrophic problems, which may not be enough to create a global AgTech revolution. But in a period that has seen more rapid technological change than any other in history, we mustn’t let our optimism be washed away.

(Hugo Norton is an Africa Policy Analyst and Advisor)