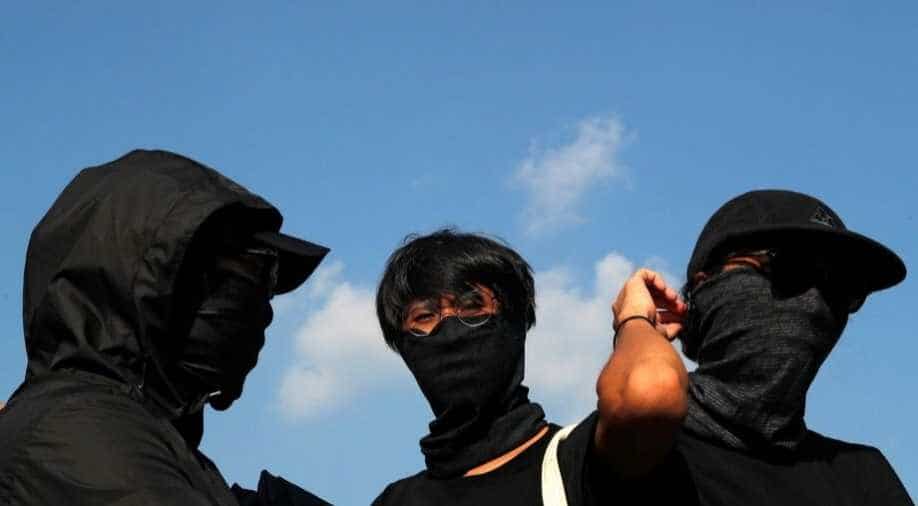 The protesters have won what they originally came out for: the withdrawal of the extradition law.

After the 17th consecutive weekend of increasingly violent protests in Hong Kong, the first protester was wounded by a live bullet on Tuesday.

Eighteen-year-old student Tsang Chi-kin, one of a group of about a dozen students attacking a policeman who had become separated from his comrades, was shot in the chest as he struck the man with a metal pole. He is expected to survive.

A hundred other Hong Kongers, civilians and police, were treated in hospitals on the same day for injuries incurred during what the Beijing regime calls “riots”.

The violence has grown over the months, and sometimes that is an accurate description of what is going on in the streets. Even if the protesters are in the right, they are definitely a lot less non-violent than they were at the start.

What is remarkable (though rarely remarked upon) is the restraint shown by the police who, although employed by the Hong Kong city government, ultimately serve the repressive dictatorship in Beijing.

It’s only relative restraint, of course – we are not talking about the Royal Canadian Mounted Police or ‘kindly British bobbies’ here – but during months of escalating violence, they have still managed not to kill anybody. Even on Tuesday, when the rest of China was marking the 70th anniversary of the People’s Republic, the protests in Hong Kong continued and nobody died.

To understand how remarkable this is, ask yourself this. How many protesters would American police have killed by now if equally violent protests had been taking place in the streets of a major American city every weekend for the past four months?

This is not proof of how nice China’s rulers are. It’s evidence of how worried they are. They dare not make too many concessions to the protesters, but they want to avoid using major force against them—doing another Tiananmen Square massacre, so to speak – because they think the price would be very high. They are right about that.

When Britain returned the colony of Hong Kong to China in 1997, it was China’s main financial window on the world. That’s why it was granted a special status in China (‘one country, two systems’) for the next 50 years. It has free speech, the rule of law, all sorts of privileges that do not exist in the rest of China – but ultimately it must bow to Beijing.

Two decades later, its status as a global financial centre remains a major asset for the regime, but there are red lines that President Xi Jinping will never cross, like letting Hong Kong people choose their own government in a free election. This is now one of the protesters’ demands (although it wasn’t at the start), but it simply is not going to happen.

The Communist Party rules through carefully chosen, mostly non-Communist puppets in Hong Kong, but it does rule. As Carrie Lam, Hong Kong’s chief executive, explained in a private meeting with business leaders last month, her freedom of action is “very, very, very limited.”

She got into trouble in the first place by putting forward a new extradition law that would have allowed Hong Kong residents to be tried in Chinese courts, where accused people have few rights and the conviction rate is 99 per cent. She probably did it against her own better judgement, but the orders came from above.

When the public pushed back, sensing that this could be the beginning of the end for Hong Kong’s relative freedom, Lam probably wanted to drop the matter, but it took her months to persuade Beijing to let her do it.

In June she “shelved” the law, in August she said it was “dead”, but only in early September did she actually get Beijing’s permission to withdraw it.

Too little, too late. By then the protests had escalated far beyond the specific law to sweeping demands for democracy in Hong Kong. Most people outside China will sympathise, but it cannot happen. The Communist regime’s first priority is its own survival, so it will not permit such an example to flourish on Chinese soil.

The protesters have won what they originally came out for: the withdrawal of the extradition law. Their other demands will never be granted, because they imperil the ultimate authority of the Communist Party. It’s time to collect their winnings and step away from the table.

If they don’t, Beijing will ultimately crush the protests no matter how much economic and reputational damage that does. In August it doubled the number of troops it keeps in Hong Kong under the guise of ‘rotating’ the garrison: the replacements came in, but the others didn’t actually leave. Sooner or later, if things go on like this, they will be used.