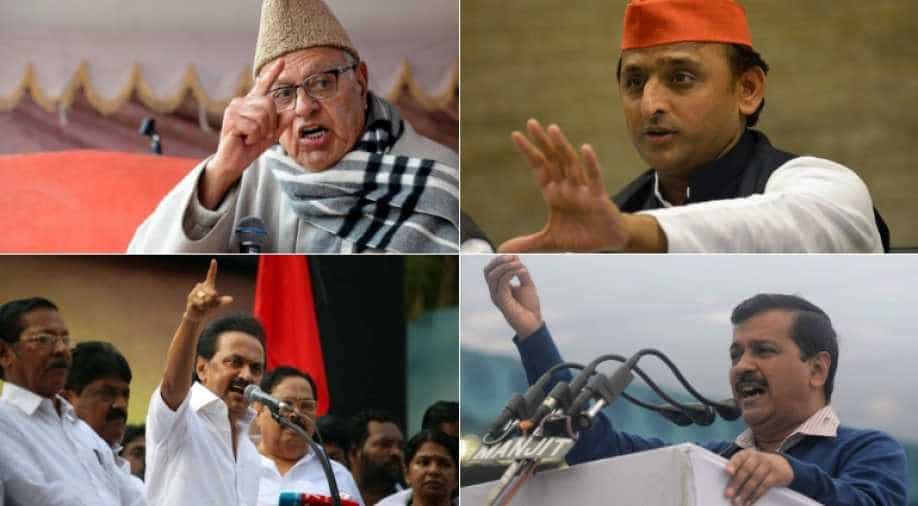 While there is a lot of hoopla over a hung house, all latest polls show NDA ahead and within striking distance of forming the government.

As a political commentator, most discussions with people hover around General Election 2019. And, the million-dollar question which comes up is inevitably this  — ‘kiski sarkar banegi’ (who will form the next government).

Elections are difficult to predict in a country as vast and unique as India. Opinion polls are predicting a hung house with NDA as the single, largest pre-poll coalition. Under the circumstances, five factors, which put BJP in a pole position to form the next government at the Centre, need to be highlighted. The General Election in India is increasingly becoming Presidential style. Though Rahul has been catching up with Modi on the popularity ratings, the Prime Minister is still comfortably ahead with a 10 per cent to 14 per cent lead.

With just a couple of months to go for election, this lead is substantial. Even in opinion polls, which predict a hung house situation, 60 per cent respondents want to give the NDA another chance to form the government.

The second reason is that pan-India, the Mahagathbandhan has not shaped up yet. The opposition’s dream of organising one-on-one contests on the 1977 model, has not worked out. Bua and Babua (aunt Mayawati and nephew Akhilesh Yadav) have left out Congress from the UP grand alliance.

Congress has decided it will go alone in West Bengal, Andhra, and Telangana. In Kerala, the Left cannot form an alliance with Congress and neither can Biju ally with the grand old party in Odisha.

In Delhi, AAP and Congress have not been able to sink their differences, while Haryana is likely to see a multi-cornered contest like in the recent by-polls. There is no news of settlement with AIUDF in Assam and neither is PDP expected to join the National Conference-Congress combine in Jammu and Kashmir.

UPA hasn’t expanded much, the only notable inclusion being Janata Dal-Secular in Karnataka. In Bihar and Jharkhand, some small regional parties have joined the UPA, but they are not expected to significantly change the electoral dynamics. If anything, they have increased headaches over seat distribution.

On the other hand, BJP has managed to cool Shiv Sena and added AIADMK into the NDA fold in Tamil Nadu, which may prevent a DMK sweep.

Thirdly, many regional parties have no option, but to back BJP or abstain during the confidence vote, if it comes down to it.

There are several regional parties whose entire politics has been based on anti-Congressism in their home state, as that is the principal opposition party.

Jagan and Rahul/Sonia share an acrimonious relationship. KCR and Rahul can’t see eye to eye. Some of these parties have been helping NDA pass important legislations and register victories in the Rajya Sabha Deputy Chairman elections.

These three parties are expected to bag 41, 38 and 43 seats respectively, as per three well-known TV channel surveys conducted in January 2019. This could compensate for some of the losses of BJP in the states where it peaked in the 2014 Lok Sabha elections.

Fourthly, the Congress party won just 44 seats in 2014, while UPA could muster only 59. Some opinion polls are projecting 166-167 seats for UPA. Their gains are primarily coming from Tamil Nadu, Punjab, and Jharkhand.BJP has firmed up alliances in Maharashtra (Shiv Sena) and Bihar (JDU+LJP) and is most likely to retain its 2014 tally, as per polls, with minor losses.

Four states, Gujarat, Madhya Pradesh, Chhattisgarh, and Rajasthan, where the Congress put up a good fight or won recently in state elections, will see a direct contest between the BJP and the Grand Old Party.

These states account for 91 seats with BJP sweeping 88 out of these in 2014. Based on extrapolation of state election results, Congress could gain 30-40 seats here.

These states account for another 245 seats (45 per cent) where bulk of the gains are expected.

Still, the UPA is expected to fall 60-70 seats short of NDA. Nobody, even anti-BJP brigade at this point of time, is predicting that UPA will cross NDA.

Lastly, Congress is raising issues, but not providing solutions. It has raised the Rafale issue, but even surveys predicting a hung Parliament, show that this may not be working with the public.

Unless the Congress comes up with specific bribery allegations, this will not work. The party has raised the issue of farmer distress and unemployment but has not come up yet with specific solutions.

To sum up, while there is a lot of hoopla over a hung house, all latest polls show NDA ahead and within striking distance of forming the government. The narrative of “55 years versus 55 months” is likely to propel NDA and Modi back to power.