What went wrong for Harley Davidson in India? 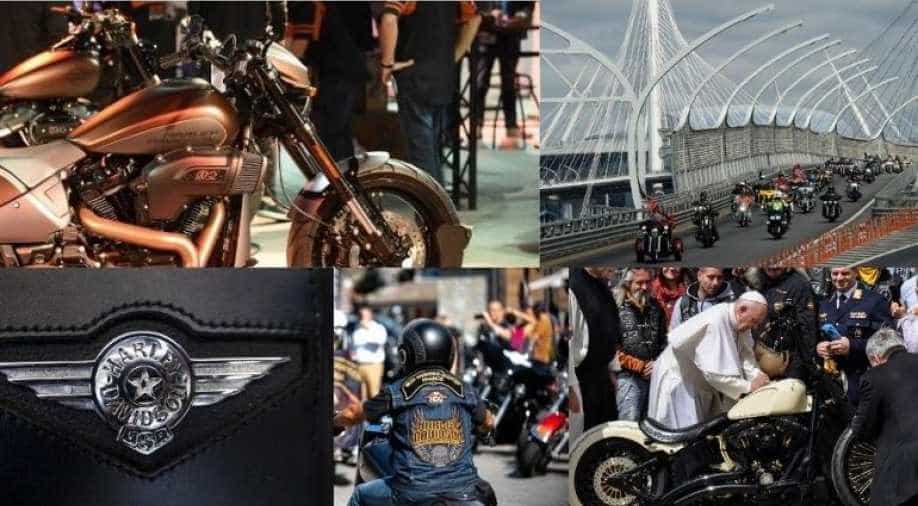 The road ahead for Harley Davidson is filled with the potholes of reduced demand for premium bikes as a result of the coronavirus pandemic and cut-throat competition.

I remember the day iconic American motorcycle maker Harley Davidson rolled down the Indian roads for the first time. A batch of selected journalists were invited for this ride that took place near the famous Lodhi Gardens in the heart of India's capital New Delhi. I was also among those first few riders who were considered lucky that time.

So while we were given these high-powered bikes to "enjoy" them responsibly on Delhi roads, on a predetermined route, many of us couldn't hold our excitement and broke away from the disciplined row of Harley Davidson bikes to enjoy them in our own way. That was the initial euphoria and enthusiasm surrounding these bulky bikes and at that time they were definitely a head-turner on Indian roads.

Fast forward to 2020 and the Milwaukee-based American cult bike maker is now either looking at exiting the Indian market completely or at least trying to curtail its operations significantly. It appears that Harley Davidson has fallen out of love with the Indian market, after more than a decade of a rough ride.

The first few years looked very promising for Harley Davidson after the launch. It was the time when it the then MD Anoop Prakash was known for an upbeat tone for the Indian market. Those were the initial days when India had seen very few superbikes except the ones like Suzuki's Hayabusa on Indian roads.

Harley Davidson was also seen as a promising bike-maker and appeared serious for its long ride in India as it had established the assembly operations at Bawal in Haryana, which was quite unusual those days. Most of the big bikes were directly imported by sellers and even the existing ones Honda and Yamaha were not assembling them at their Indian plants.

Also, Indian buyers are known for checking out all the brands but ultimately settling for the loyal few ones like Maruti Suzuki, Hyundai Motor in cars and Hero Moto, Bajaj Auto, TVS, Royal Enfield in motorcycles. As India's home-grown two-wheeler majors kept pace with time and brought their own updated, attractive models, the lure of Harley Davidson motorcycle also faded.

No wonder the Harley Davidson could sell less than 30,000 units in India in 10 years where more than 17 million two-wheelers are sold every year and market for top-end bikes above 500 cc engine displacement is still in its infancy.

Also in the later years of its journey in India, other global bike-makers joined Harley Davidson to compete for just over 25,000 units annual top-end bike market including Triumph, KTM, Ducati, Benelli, BMW to name a few.

Later on, even homegrown Royal Enfield chartered into Harley's territory by launching the 650 cc Interceptor and Continental GT. Harley Davidson's mostly cruiser or leisure bikes paled away in front of off-road capabilities of Austrian, German and Italian bikes. Even now, the most affordable bike of Harley Davidson starts at around Rs 5 lakh and there are nearly a dozen well established attractive models from other brands that are already available at this price in the market.

Clearly, the road ahead for Harley Davidson is filled with the potholes of reduced demand for premium bikes as a result of the coronavirus pandemic and cut-throat competition. Globally, Harley Davidson has been unable to bear the COVID-19 pain. It has launched the "rewire the company" plan to cut jobs and pull out of unprofitable markets to revive sales and profitability.

There is something about the US automobile firms and their unsuccessful strategies about India that General Motors had to completely shut India operations and Ford had to merge its operations with M&M for survival. It appears now Harley Davidson will also choose either of these two ways and decision would be taken soon.