Should social justice be part of math education? 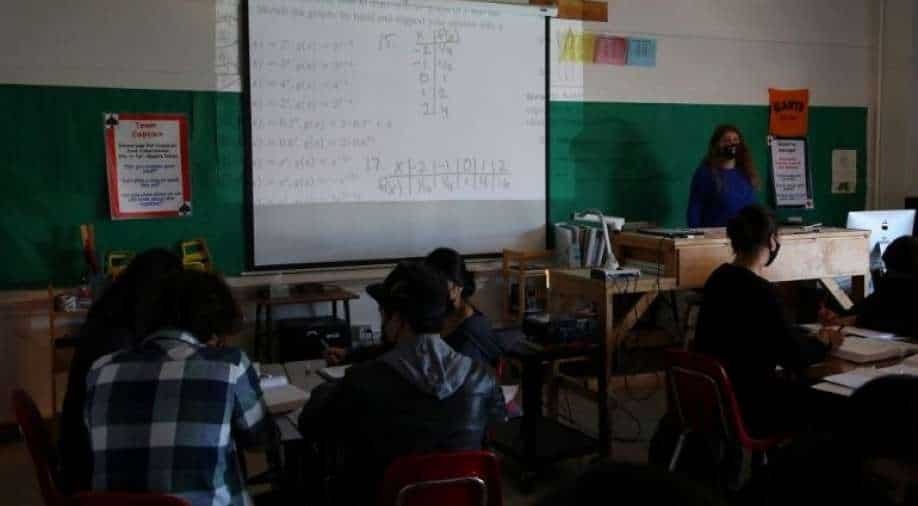 The draft rejected the idea of naturally gifted children, recommended against shifting certain students into accelerated courses in middle school and tried to promote high-level math courses that could serve as alternatives to calculus, such as data science or statistics.

If everything had gone according to plan, California would have approved new guidelines this month for math education in public schools.

But ever since a draft was opened for public comment in February, the recommendations have set off a fierce debate over not only how to teach math, but also how to solve a problem more intractable than Fermat’s last theorem: closing the racial and socioeconomic disparities in achievement that persist at every level of math education.

The California guidelines, which are not binding, could overhaul the way many school districts approach math instruction. The draft rejected the idea of naturally gifted children, recommended against shifting certain students into accelerated courses in middle school and tried to promote high-level math courses that could serve as alternatives to calculus, such as data science or statistics.

The draft also suggested that math should not be colorblind and that teachers could use lessons to explore social justice — for example, by looking out for gender stereotypes in word problems, or applying math concepts to topics such as immigration or inequality.

The battle over math comes at a time when education policy, on issues including masks, testing and teaching about racism, has become entangled in bitter partisan debates. The Republican candidate for governor in Virginia, Glenn Youngkin, seized on those issues to help propel him to victory Tuesday. Now, Republicans are discussing how these education issues can help them in the midterm elections next year.

Even in heavily Democratic California — a state with 6 million public school students and an outsize influence on textbook publishing nationwide — the draft guidelines encountered scathing criticism, with charges that the framework would inject “woke” politics into a subject that is supposed to be practical and precise.

“People will really go to battle for maths to stay the same,” said Jo Boaler, a professor of education at Stanford University who is working on the revision. “Even parents who hated maths in school will argue to keep it the same for their kids.”

The battle over math pedagogy is a tale as old as multiplication tables. An idea called “new math,” pitched as a more conceptual approach to the subject, had its heyday in the 1960s. About a decade ago, amid debates over the national Common Core standards, many parents bemoaned math exercises that they said seemed to dump line-by-line computation in favor of veritable hieroglyphs.

Today, the battles over the California guidelines are circling around a fundamental question: What, or whom, is math for?

Testing results regularly show that math students in the United States are lagging behind those in other industrialized nations. And within the country, there is a persistent racial gap in achievement. According to data from the civil rights office of the Education Department, Black students represented about 16% of high school students but 8% of those enrolled in calculus during the 2015-16 school year. White and Asian students were overrepresented in high-level courses.

“We have a state and nation that hates math and is not doing well with it,” Boaler said.

Critics of the draft said the authors would punish high achievers by limiting options for gifted programs. An open letter signed by hundreds of Californians working in science and technology described the draft as “an endless river of new pedagogical fads that effectively distort and displace actual math.”

Williamson M. Evers, a senior fellow at the Independent Institute and a former official with the Education Department during the administration of George W. Bush, was one of the authors of the letter and objected to the idea that math could be a tool for social activism.

“I think that’s really not right,” he said in an interview. “Math is math. Two plus two equals four.”

Distress over the draft made it to Fox News. In May, Boaler’s name and photograph were featured on an episode of “Tucker Carlson Tonight,” an appearance she did not know about until she began receiving nasty letters from strangers.

Like some of the attempted reforms of decades past, the draft of the California guidelines favored a more conceptual approach to learning: more collaborating and problem-solving, less memorizing formulas.

It also promoted something called de-tracking, which keeps students together longer instead of separating high achievers into advanced classes before high school.

The San Francisco Unified School District already does something similar. There, middle school math students are not split up but rather take integrated courses meant to build their understanding year by year, although older high school students can still opt into high-level classes such as calculus.

Sophia Alemayehu, 16, a high school junior in San Francisco, advanced along that integrated track even though she did not always consider herself a gifted math student. She is now taking advanced calculus.

“In eighth and ninth grade, I had teachers tell me, ‘Oh, you’re actually really good at the material,’” she said. “So it made me think, maybe I’m good at math.”

The model has been in place since 2014, yielding a few years of data on retention and diversity that has been picked over by experts on both sides of the de-tracking debate. And while the data is complicated by numerous variables — a pandemic now among them — those who support San Francisco’s model say it has led to more students, and a more diverse set of students, taking advanced courses, without bringing down high achievers.

“You’ll hear people say that it’s the least common denominator that discourages gifted kids from advancing,” said Elizabeth Hull Barnes, the math supervisor for the district. “And then it’s like, nope, our data refutes that.”

But Evers, the former Education Department official, pointed to research suggesting that the data on math achievement in places such as San Francisco was more cherry-picked than conclusive. He added that California’s proposed framework could take a more nuanced approach to de-tracking, which he saw as a blunt tool that did not take the needs of individual districts into account.

Other critics of de-tracking say that it amounts to a drag on children who would benefit from challenging material and that it can hurt struggling students who might need more targeted instruction.

Divya Chhabra, a middle school math teacher in Dublin, California, said the state should focus more on the quality of instruction by finding or training more certified, experienced teachers.

Without that, she said, students with potential would quickly fall behind, and it would only hurt them further to take away options for advanced learning. “I feel so bad for these students,” Chhabra said. “We are cutting the legs of the students to make them equal to those who are not doing well in math.”

Tracking is part of a larger debate about access to college. Under the current system, students who are not placed in accelerated courses by middle school may never get the opportunity to take calculus, which has long been an informal gatekeeper for acceptance to selective schools.

According to data from the Education Department, calculus is not even offered in most schools that serve a large number of Black and Latino students.

The role of calculus has been a talking point among math educators for years, said Trena Wilkerson, president of the National Council of Teachers of Mathematics. “If calculus is not the be-all, end-all thing, then we need everyone to understand what the different pathways can be and how to prepare students for the future,” she said.

California’s recommendations aim to expand the options for high-level math, so that students could take courses in, say, data science or statistics without losing their edge on college applications. (The move requires buy-in from colleges; in recent years, the University of California system has deemphasized the importance of calculus credits.)

For now, the revision process has reached a sort of interlude: The draft is being revised before another round of public comment, and it will not be until late spring, or maybe summer, that the state’s education board will decide whether to give its stamp of approval.

But even after that, districts will be free to opt out of the state’s recommendations. And in places that opt in, academic outcomes — in the form of test scores, retention rates and college readiness — will add to the stormy sea of data about what kinds of math instruction work best.

In other words, the conversation is far from over.

“We’ve had a really hard time overhauling math instruction in this country,” said Linda Darling-Hammond, president of California’s board of education. “We cannot ration well-taught, thoughtful mathematics to only a few people. We have to make it widely available. In that sense, I don’t disagree that it’s a social justice issue.”