Opinion: When all-white was all right 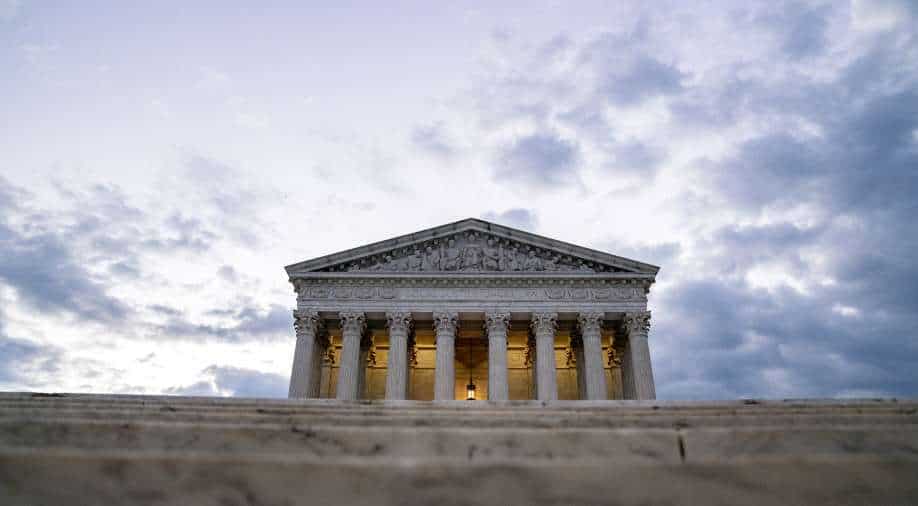 Nominating Supreme Court justices has always been about identity and politics. It’s just that for nearly the first two centuries of the court’s existence, the only people considered for inclusion were white men.

When it comes to power, white and male are silent, like the “u” in disguise. In this country, white men are the presumptive base of power from which everyone else is a deviation. They are the norm against which all others are judged to be anomalous.

When white men were the only people being considered for seats on the Supreme Court, qualifications didn’t always matter. James Francis Byrnes dropped out of school at the age of 14 and never went to college or law school. What he knew of the law he learned from working at law firms before he was admitted to the South Carolina bar and started his own practice.

His lack of any formal higher education didn’t prevent President Franklin D. Roosevelt from appointing him to the Supreme Court. He served for a little over a year before he quit. (He later became secretary of state under Harry Truman.)

Some justices, like John Archibald Campbell, enslaved Africans. Campbell would side with the majority in the horrendous Dred Scott case. In 1861, he resigned from the court, and the following year, he joined the Confederate government as its assistant secretary of war.

Not all of the white men who served on the court were paragons of morality. Not all of them went to college, let alone law school. But they each had the golden ticket: low melanin and high testosterone.

So now, it is fascinating to watch as people work themselves into conniptions about Joe Biden committing to choosing a Supreme Court nominee from a group that has long been overlooked: Black women.

It is identity politics and affirmative action, they scream.

Ben Carson said on “The Vince Coglianese Show” that Biden’s pledge to choose a Black woman was a sign that “we’re reverting back to identity politics” and that it would “bring more division into our country.”

Carson hoped, he said, that people would “be incensed about it.” In the end, he called it “abominable.”

As Carson explained it, “We need a Supreme Court where we have the best candidates.”

This from one of the most unqualified secretaries of housing and urban development the country has ever had, a man who didn’t even know the basics of his job. When Rep. Katie Porter asked him at a congressional hearing if he knew what an REO was (the initials stand for “real estate owned,” a term used to describe property that has failed to sell at a foreclosure auction), Carson seemed to think she was referring to an Oreo cookie. Even after Porter clarified the three letters, Carson was still left guessing what the O stood for, at one point suggesting: “Real Estate e-organization.”

This from a man whom Donald Trump may have nominated to the post only because of Trump’s own constant, problematic conflation of “Black” with “urban,” even though most Black people in this country live in the suburbs.

The irony here is that Ronald Reagan, the Republicans’ patron saint before the rise of Trump, made a similar promise in 1980 when he was in trouble with women for not supporting the Equal Rights Amendment. He promised to nominate a woman — again the word “white” was silent — and that’s how we got Justice Sandra Day O’Connor.

Carson wasn’t the only conservative making a fuss about Biden and identity politics. Tucker Carlson also railed against the impending pick, saying, “Biden claims that his race counting is essential so that the court and the rest of his administration, quote, ‘looks like America.’ ” He continued, “Of all the lies that Joe Biden tells, this could be the easiest to check. We have the latest census numbers, and we can promise you with dead certainty that Joe Biden’s nominees look nothing like America, not even close.” Instead, Carlson said, a Black woman nominee will “represent about 7% of the population.”

I say, look at it another way.

Viewed this way, through the long sweep of American history, the United States has some work to do.

There is no legitimate or logical argument against inclusion. Consciously including racial groups can be one of the most effective reparative remedies for centuries of racial exclusion.

Only when we disentangle the concepts of whiteness and maleness from the concept of power can we see the damage the association has done. Only then can we truly accept and celebrate the power of inclusion, diversity and equity. Only then can representative democracy in a pluralistic society begin to live up to its ideals.