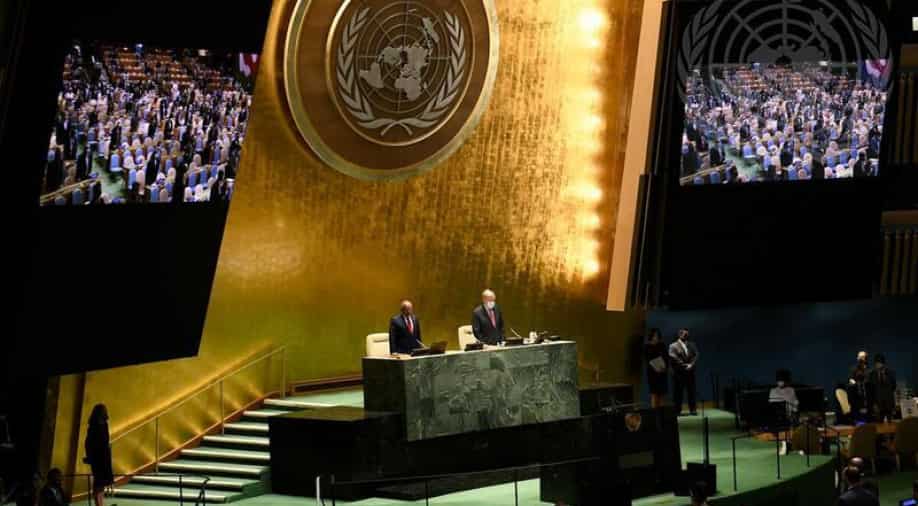 As the 76th edition of the UN General Assembly is kicked off today at New York, eyes of the entire world are focussed on United States. One reason is that this is the first formal meeting of UNGA after Taliban takeover in Afghanistan and second is that unlike the previous UNGA assembly held on 15th Sep 2020, this will be held in person and more than 100 world leaders including Indian Prime Minister Narendra Modi are going to be present or address the meet physically. Another important fact is that this session is coinciding with the Quad meet to be held at White House with the leaders of four world powers- India, Japan, Australia, and United States. Since Quad is emerging as a major power block of 21st century, its effect on UN General Assembly will be inevitable.

Also Read: Opinion | A reflection on effectiveness of UN as UNGA begins

Let’s understand the issue of Covid Pandemic first. Ever since the Wuhan virus created havoc across the globe, countries are still struggling to find a relief. economies have been destroyed and scores of lives are lost. The biggest challenge is visible in developing or underdeveloped countries where there are no adequate healthcare facilities. Some of these countries like Afghanistan, Syria, Iraq, and some states in Africa are active war zones.

Provision of healthcare and vaccination in these countries is a bigger challenge for UNGA. Although GAVI and other organisations are doing their bit in accordance with World Health Organization, yet UNGA must add value to their efforts by bringing the world together. Developed countries must contribute more so that poorer countries can be benefited. There is a need to rebuild, regenerate and prevent further damage and UNGA must play its role.

Similarly, climate change has been the hot topic in previous UN General Assemblies. United Nations Framework Convention on Climate Change (UNFCCC) has been struggling hard to bring down the emission of greenhouse gases and reduce carbon footprints.  Currently, United States has the highest per capita CO2 emissions in the world and other developed countries are following it closely. Ever since its inception, UNFCCC is struggling to make developed countries understand the need of the day. From the 1997 Kyoto Protocol, 2009 Copenhagen accord, 2015 Paris Agreement and 2016 Kigali amendment to Montreal protocol, all of them have emphasised the need for a change. There are biased opinions about the role of developed and developing countries in fighting climate change, so It is highly unlikely that a consensus is obtained. However the issue is very well pertinent to the current UN General Assembly.

The third and most important aspect will be Afghanistan. The way Uncle Sam moved out of the country giving it in a platter to Taliban, President Biden will have to justify his actions. So, when he will speak after few hours from now, eyes will be on his words. Afghanistan is going through worst humanitarian crisis with lack of funds, poor health care facilities and violation of women’s rights. Current power centre of Afghanistan, which has more than half of its members as designated terrorists, is deeply involved in suppression of minorities, gross violation of human rights, drug trade and international terrorism.

Taliban is desperate for legitimacy and countries like Pakistan and China are supporting it. Certainly, there will be voices in the assembly hall to grant legitimacy to Taliban, but UNGA must think of its repercussions too.  During the current session, UNGA must look as how can it exercise its powers in Afghanistan. Since the bigger threat is terrorism and in the light of United Nations Security Council resolution 2593 on 26th August 2021 this issue becomes furthermore important.

India has its stakes in all the three major issues before the UNGA. Since it is a developing country, it must raise voice against biased approach by developed countries with respect to carbon footprints. Further, it has suffered a lot due to Covid pandemic and fought the battle alone with little support from world powers, so it needs an active participation of UNGA in providing a helping hand to developing economies. India has also been the victim of Islamic terrorism for over three decades and with ultra-fanatic Taliban controlling power corridors in Afghanistan, it must express its concerns to the UNGA in no uncertain words. Role of Pakistan in promoting global terrorism is not a secret for anyone so when Prime Minister Modi is expected to address the event on 25th September 2021, these issues will be raised.

Being the biggest economy of this region, onus lies on India to maintain peace and stability across Indian subcontinent. Taliban’s relations with global terror groups are not a secret anymore and their rule in Afghanistan will invariably threaten the entire world.