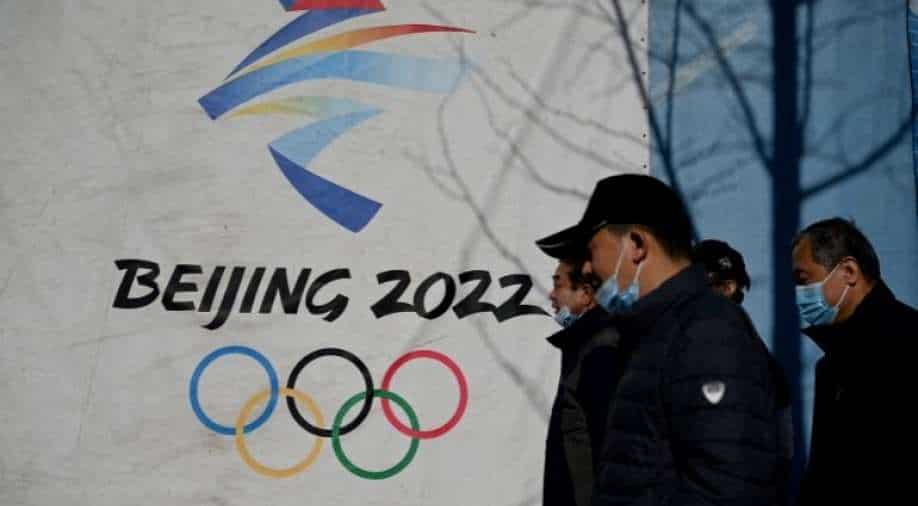 With the 2022 Beijing Olympics around the corner, a possible Russian invasion of Ukraine and a flurry of missile tests from North Korea, allies Putin and Kim, may cast a shadow over Xi’s moment of glory.

In 2015, cheers broke across China when the International Olympics announced that China will host the 2022 Winter Olympics, making Beijing the first city to host both Summer and Winter Games.

It was truly a milestone in China’s efforts to be seen as a world power, and another validation of its growing influence as it continued to challenge the West.

China’s President Xi Jinping, made a vow to deliver on a series of extraordinary promises he made to woo the Olympic delegates. "The Chinese people will deliver a wonderful, extraordinary, and remarkable Winter Olympics for the world," said Mr. Xi at the Olympics committee meeting in Malaysia.

Then came the coronavirus. And the boycotts.

Over the last year, the lead up to the games has been clouded by a string of controversies. With the diplomatic boycotts over human rights, particularly towards its Uyghur Muslim community in the country’s Xinjiang region, and the #MeToo case of the Tennis Star Peng Shuai against the former Chinese Premier Zhang Gaoli. Its crackdown on dissent by jailing or restricting social media access of human rights activists, and the imposition of the draconian "zero-COVID policy".

As the games are all set to begin next week, China has managed to maneuverer its way through obstacles. It has called the US-led diplomatic boycotts a "self-directed political farce", and condemned the ‘politicization’ of the games, calling it a "grave distortion of the spirit of the Olympic Charter."

In a recent phone call with US Secretary of State Antony Blinken, China’s Foreign Minister Wang Yi has demanded the US to end its "interference". Wang has also accused the US of continuously putting "forward wrong words and actions toward China, causing new conflicts in relations between the two countries."

While these controversies were not enough, it seems like Chinese President Xi Jinping’s moment of glory may be stolen by not one, but two global security crisis.

And both of them happen to involve China’s allies.

While Mr. Xi had hoped to be the talking point with less than a week to go for the 2022 Winter Olympics. Russia and North Korea have managed to capture the world’s attention. While one is gathering thousands of troops on the border of its neighbouring country, the other is fuelling up tensions with one missile test after another.

Let’s rewind to a week ago, when Beijing and Moscow, placed a "hold" on United States' effort at the United Nations to impose sanctions on five North Koreans in the backdrop of missile launches, even though Pyongyang had already done four missile tests by then.

While the nations have often had each other’s back on a global stage, the same cannot be said for the present situation.

China’s generosity from North Korea, in return, has not only been met with the continuation of missile tests but also its decision to skip the Winter Olympics, following a series of diplomatic boycotts from the West. In a hand delivered-letter, North Korea said that it could not take part in the Olympics due to the hostile forces’ moves and the worldwide pandemic," but it "would fully support the Chinese comrades in all their work to hold a splendid and wonderful Olympic festival," as quoted by The New York Times.

However, this does not seem to be the case. With its sixth missile test on Jan. 27, and with recent pictures of North Korea's supreme leader Kim Jong-Un visiting a munitions factory, it shows that Pyongyang is not going to stop with showcasing its arsenal anytime soon. Seems that N.Korea probably does not attach the same importance as China to the "UN Olympic Truce resolution." The resolution which calls upon countries to observe a truce, that is, to build 'a peaceful and better world through sport and the Olympic ideal', "from seven days before the start of the Olympic Games until seven days after the end of the Paralympic Games."

On the other hand, it seems neither does Russia.

While Xi is preparing to have a smooth start to the Olympic Games, his "old friend" Russian President Vladimir Putin has been busy ramping up his efforts to possibly invade Ukraine, even though they have repeatedly dismissed the claim. As we approach closer to the opening ceremony of the Games, the situation on the Ukrainian border is only intensifying, with Russia launching military drills near the border.

While, the recent so called "Normandy talks", a meeting between the German, French, Russian, and Ukrainian officials, may have been a step towards defusing the situation brewing between Russia and Ukraine, with the former agreeing to meet again in Berlin in two weeks. One can never be too sure with Russia.

And this is not the first time that Moscow has tried to steal Beijing’s limelight. Back in 2008, Russia’s war with Georgia erupted on the same day as the opening ceremony of the 2008 Beijing Summer Olympics prompting Putin to fly home.

Putin has said he will join Xi at the opening ceremony of the Beijing Winter Olympics on Feb 4. Will it be a Deja Vu moment? Well, that needs to be seen.

The coming few days is not only critical for China as it is marred by a string of controversies regarding the 2022 Winter Olympics but will also show if Mr. Xi’s clout among its allies is dimming.