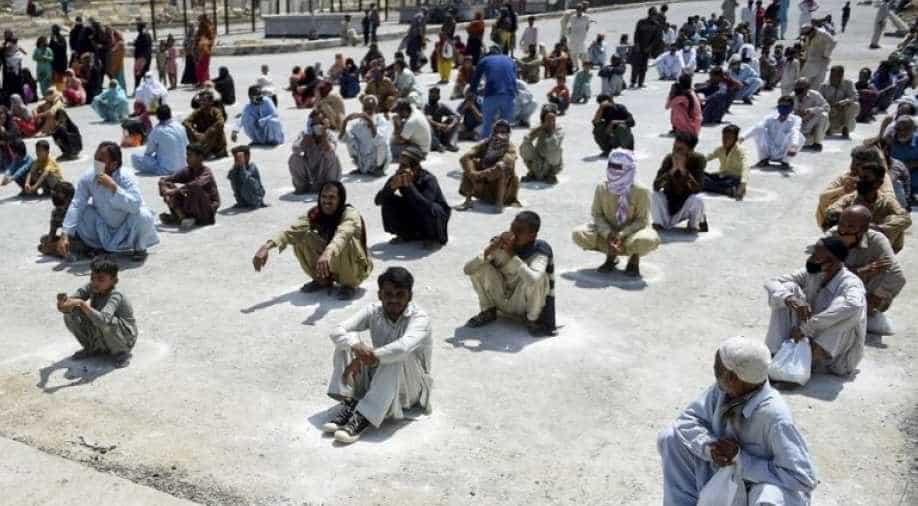 There’s a message in Pakistani and Egyptian responses to the Coronavirus: Neither ultra-conservative science-rejecting worldviews nor self-serving autocratic policies could have blunted the impact of the disease.

To be sure, Pakistan and Egypt, although different in what drove their responses, are in good company. Overwhelmingly, governments across the globe with the exceptions of Singapore, Taiwan, and South Korea, failed to take the initial warnings signs seriously.

Unlike western democracies that have little to boast about in their handling of the crisis, countries like Pakistan and Egypt lack the checks and balances, robust civil societies, and independent media needed as correctives.

And both Egypt and Pakistan have gone out of their way to keep it that way.

Egypt, apparently taking a leaf out of China’s playbook, reprimanded foreign correspondents for The Guardian and The New York Times in Cairo for reporting that the number of cases in the country was exponentially higher than the 495 confirmed by authorities as of March 29.

The coverage was based on conclusions by infectious disease specialists at the University of Toronto who had analyzed flight and traveller data as well as infection rates.

The scientists estimated that “Egypt likely has a large burden of Covid-19 cases that are unreported.” They put the number of Egyptian cases as high as 19,130 as of March 15.

In response, authorities withdrew the press permit of The Guardian’s Ruth Michaelson and expelled her from the country while The New York Times’ Declan Walsh was forced to delete a tweet. Furthermore, several Egyptians have been detained on charges of spreading false and fabricated rumours.

Yet, Egypt imposed strict measures including the closure of all educational institutions and the suspension of flights on March 15, the day the scientists published their findings. The government also announced a $6.38 billion fund to fight the virus.

A World Health Organisation (WHO) official in Cairo said the group could not verify the scientists’ methodology but added that “It is possible that there are many other cases with mild symptoms which did not result in hospital visits, and therefore are not detected or reported.”

Independent reporting is a crucial node in an effective early warning system. It creates pressure for a timely response. The effort to suppress it was in line with Egyptian general-turned-president Abdel Fattah al-Sisi’s initial reaction to the virus.

Rather than focusing on early preventive measures at home, Al-Sisi sought to benefit from China’s predicament.

With only one officially confirmed case of a Chinese national arriving in February at Cairo airport who was hospitalised and cured, Al Sisi sent his health minister, Hala Zayed, to China to praise it for preventing a far worse global outbreak by taking very strong precautionary measures. This despite Beijing’s costly failure to confront the disease firmly from the outset.

Pakistan’s approach in recent months was no less negligent.

Like Egypt, a country in which the power of the military is thinly camouflaged by hollowed-out institutions, Pakistan too waffled until last week in its response to the pandemic.

The Pakistani government refused early on to evacuate some 800 students from Wuhan in a bid to earn brownie points in Beijing. It also failed to manage the return of potentially infected pilgrims from Iran. And finally, it catered to ultra-conservative groups whose worldviews were akin to ones long prevalent in Saudi Arabia with its significant cultural and religious influence in the South Asian nation.

As a result, Pakistan, a deeply religious country that borders on both China and Iran, allowed Tablighi Jamaat, a proselytising group with a huge global following in some 80 countries that is banned in Saudi Arabia, to continue organising mass events.

The group organised a 16,000 people mass gathering in early March in Malaysia where scores were infected with the Coronavirus.

Hundreds of Tablighi gathered from March 21 to 23 in the Mardan District of Pakistan’s Khyber Pakhtunkhwa province to pray, listen to speeches, and eat and sleep in congested quarters.

One participant, professing his belief that God would protect the Tablighi, described spending almost six weeks together with thousands of others at Tablighi headquarters near Lahore, a city of 11 million, just before travelling to Mardan.

Pakistan Religious Affairs Minister Noor-ul-Haq Qadri caved into demands by the clergy to keep mosques open but capped the maximum number of people at prayers at five.

The minister’s concession reinforced a popular perception of the government’s message that the virus crisis was less grave than projected by health authorities across the globe.

“If the pandemic was serious, the government would’ve shut down all the mosques,” said Sadiq Bhutt, speaking through an interpreter, as he entered a mosque in Islamabad for Friday prayers.

Eventually, overriding government policy, the Pakistan military intervened in recent days to impose a lockdown like in much of the rest of the world.

But as in Egypt, it may be too late for Pakistan.

Ultimately, the lesson of Egypt, Pakistan, and China’s initial handling of the Coronavirus is that neither self-serving autocrats nor authoritarians have the wherewithal to confront a crisis like a pandemic in a timely fashion. Their much-delayed responses have failed to take the public’s interests to the heart rather than those of elites that prioritise geopolitical or political advantage.

Western democracies have performed not much better with US President Donald J Trump seemingly more concerned about the economic impact in an election year than about public health and people’s lives.

The difference, however, is that western democracies have the potential of holding leaders to account and implementing lessons learned from the costly mismanagement of the coronavirus pandemic.

It’s hard to hold out a similar hope for Arab autocracies or countries like Pakistan whose democratic façade is at best skin-deep.