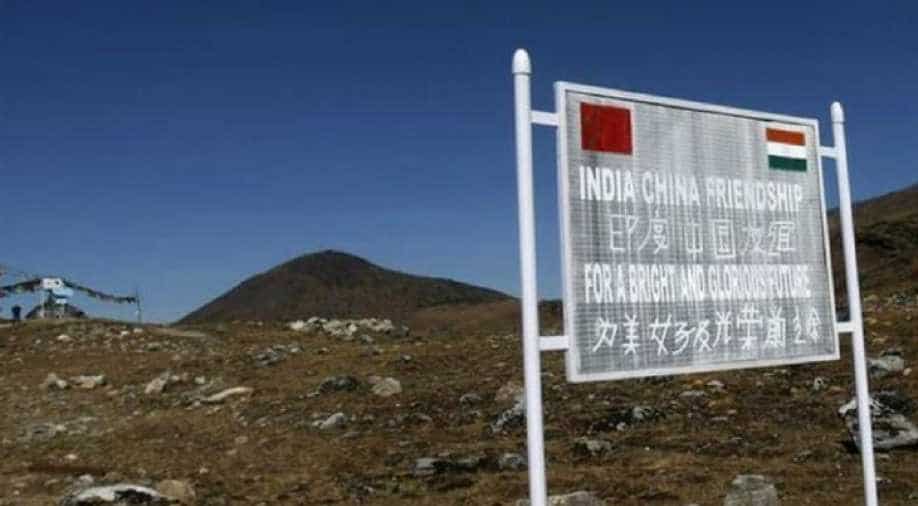 Stating that he would not name anyone specifically, Lt. Gen. Krishna said the Indian Army is in high spirits and ready to take on any mischief Photograph:( Reuters )

India needs to speed up the infrastructural development and inclusive growth of the Northeast region to arrest any disharmony and security risks.

China is one of the five countries which share a border with the Northeast region of India (NE), increasing its strategic significance to the nation. NE has great potential for utilisation of its large amount of natural resources and tourism.

The poor connectivity, perceived isolation, insurgency in some states, growing vulnerability to terrorism, ethnic conflicts, cross-border linkages including cultural connect with countries like China, Myanmar, inter-tribal feuds for dominance, poor economic development are some of the strategic concerns which make prevailing security situation in this region extremely complex to deal with, but strategically inescapable to be tackled.

Chinese claim of Indian sovereign territory of Arunachal Pradesh as its South Tibet, unsettled borders, trust deficit, lack of identifiable demarcation of Line of Actual Control (LAC) and frequent spoilers like Doklam incidents, pose a serious challenge to the security in Northeast.

Northeastern states remain connected to rest of India by Siliguri Corridor with a narrow width of only 17 kilometres and despite our strong defensive posture, it mentally isolates Northeast India. Although India has tried to mitigate the problem by establishing a rail route via Bangladesh, but it can hardly be termed it as a strategic alternative to the Siliguri Corridor. Let us not forget that the strategy behind the Doklam crisis was Chinese intent to get closer to the corridor.

The border problem is complicated as Chinese highlight the absence of any written border treaty between China and India. It is often mentioned that Beijing has resolved its border dispute with 12 out of 14 countries, however, Chinese argue that it was done on the give-and-take principle.

In China-India equation giving anything has a heavy political cost, as both sides interpret history as it suits them. Expecting India to give away Tawang or expecting China to give back Aksai Chin is unlikely to be accepted by domestic constituencies on both sides. It is for this reason that every time when the talks start on border resolution, it invariably ends with additional measures for border management.

What is doable is delimitation and demarcation of LAC, which must be tried. To my mind, this will happen only, when the political and strategic cost of not doing so will increase for China, in comparison to doing so. Till then China and India will continue with border management with occasional border incidents. The troops on ground will have to continue facing the problem of guarding the borders without firing, like a tug of war match, with every leader and diplomat trying to give them ‘strategic directions’ and telling them to act with maturity, without understanding what it means to the soldier on ground who wants to be clear of demarcation line, which he is expected to defend. This is the right time to strike when the US-China trade war is on and countries fear getting caught in the Chinese debt trap. Many countries seem to be getting together to counter Chinese encroachment.

India must also act as per our national interest, which should be beyond quick fix agreements which exist and calling it as a diplomatic success, despite the fact that Doklam like incident can explode any time if there is no demarcation.

It's worth mentioning that the raising of Arunachal SCOUTS and Sikkim SCOUTS is a positive step in the context of border management and giving the local population a feel of genuine inclusiveness besides providing jobs and economic benefits to them.

China has a few centuries old linkages with Northeast, especially tribal linkages Nagas with Yunnan Province. In past, some of these linkages were used to help insurgent groups in NE, although there has not been any direct support of China for insurgency in the region in last few years, but the old experiences of it sheltering some Indian insurgent leaders does not rule out suspicion. The bulk of the weapons with insurgent groups of NE are Chinese make, but China maintains the deniability that it sells them commercially in the world market and has no control over who buys it through conduits. Most insurgent groups can be lured with financial and material support, which can be provided by China whenever its national interest demands. It, therefore, indicates a viable potential to ignite insurgency in future. The cross-border weapon trade and smuggling of goods have greater potential as Chinese footprints in Myanmar due to infrastructure and purse diplomacy increases.

Water as a Strategic Tool

The large-scale construction of dams and river connectivity projects by China pose a serious challenge to water security, not only to NE but South Asia as well. Challenges due to the use of water as a strategic weapon by China in the absence of any worthwhile treaty loom over South Asia. India and Bangladesh also need to worry about the shortage of water which may emerge due to water diversion and hydro-power projects of China, which may indirectly strain the relations between both. I think it is high time that India, Bangladesh, as well as Pakistan, talk to China about getting into a treaty for sharing of water. The measures adopted by China to use the water resource of Tibet as its sovereign property are a cause of serious strategic and security concern. In absence of any water treaty, China retains the hydro-strategic leverages in respect of South Asia. With such storage of water, China will have some capability to release extra water when India does not need it and stop the same when it faces water shortage. Water pollution is another concern. It is, therefore, necessary that water treaty must become a crucial subject of discussion with China bilaterally

Infrastructure developmental assistance in neighbouring countries is integral to China’s ‘Infrastructure and Purse diplomacy of South Asia’. It is part of China’s policy to project its soft power in the region. Almost all countries in the region have witnessed Chinese involvement in ongoing infrastructure projects. Chinese increasing influence in Bangladesh and Myanmar, who have joined BRI project, is also a matter of concern for India. China’s infrastructure development in Yunnan and its extension to Myanmar, besides increasing its influence in NE gives it access to the Bay of Bengal and brings its connectivity in close proximity to Indian borders with Myanmar.

India needs to speed up the infrastructure development and inclusive growth of the Northeast region to arrest any disharmony and security risks.