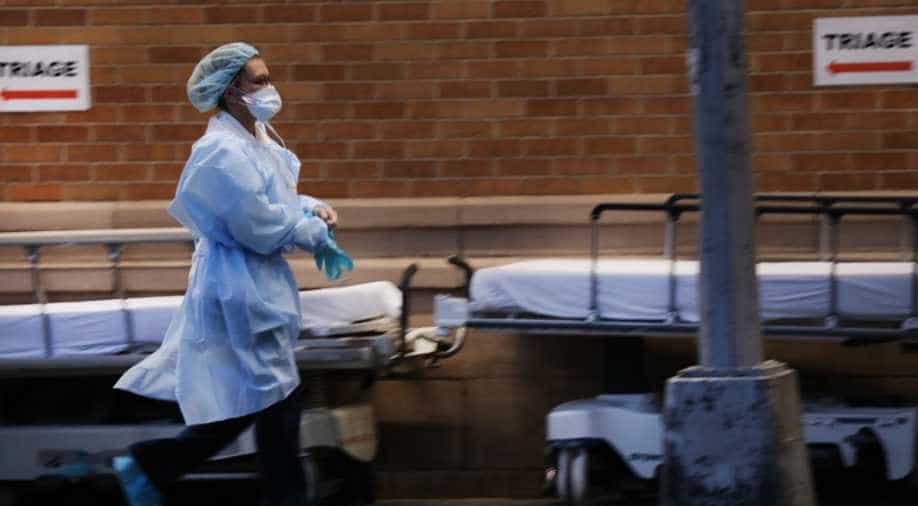 The COVID-19 outbreak has demonstrated the potential of a virus as a weapon of mass destruction. It has added a new dimension to alter the global strategic balance and triggered another chain of events for global strategic dominance, besides unprecedented human sufferings.

During the First and Second World Wars era, the use of military forces and declaration of war was considered as basic essentiality to call it a World War. War is defined to be a state in which a nation prosecutes its right by force. Similarly as per Collins English Dictionary; World War is a war that involves countries all over the world. During earlier World Wars, the strategic aim was the capture of key territories or surrender of political leadership/will of adversaries. In the current era, the strategic aim revolves around the economic collapse of the adversary.

Were We already in World War III prior to COVID-19?

Considering the destructive capability of major world powers, a declared World War between combat forces may not occur as it will be devastating for all. The ‘Force’ for application potential will be measured in terms of Comprehensive National Power (CNP) of the world powers. It includes economy, military strength (including nuclear capability), strategic posturing, foreign policy/diplomacy, governance, Human Development Index (HDI), technological capability, knowledge information, geography, natural resources, national will and leadership. Out of all the components of CNP, economic power is the over-riding component dictating the rest. The dimensions of war have grown globally from erstwhile conventional wars under nuclear hangover (barring nuclear strike on Japan) to the aggressive trade war, military posturing, arms race (including Chemical, biological, radiological and nuclear arsenal), with political bouts interspersed with few offensive actions involving conventional forces.

The application of economic power had resulted in an intense trade war between the two largest economies - the US and China. In Indo-Pacific, the conventional and nuclear-armed combat forces of the US and China are continuing strategic posturing, deterrence and messaging to all stakeholders. China used combat forces to occupy and develop features in the South China Sea. The recent US-Iran confrontation after the killing of Major General Qasem Soleimani saw active use of conventional force and brought both countries close to war. If all cases of use of conventional forces are linked, then two opposing alliances covering worldwide conflicts appear on the scene, the first one being US-Israel-Saudi Arabia-South Korea-Japan and the other one being China-Russia-North Korea-Iran-Syria, with other countries seem to be doing the strategic balancing.

The space warfare has taken a dangerous turn with each side taking preparatory actions to destroy each other’s space assets. The use of elements like misinformation campaign, election meddling, cyberwar, hacking of economic and crucial military network, perception management, is already in progress.

The number of casualties suffered in ongoing conflicts surpasses the total casualties and refugees of both the earlier world wars put together. The global strategic situation has graduated to conflicts, the capture of  South China Sea, innumerable deaths and economic destruction; hence calling it cold war will be an understatement. The global situation even before COVID-19 had every element of a World War, except that the dimension, instruments and modalities have changed, and the war has not been ‘formally declared’; hence it may not be wrong to call it an ‘undeclared World War III’.

The outbreak of COVID-19 has put humanity to one of the biggest risks of this century. It exposed the vulnerability of strongest nations, triggered by a possible biological weapon (accidentally or otherwise). While the global powers were busy strengthening other elements of CNP, it exposed the consequences of any possible biological weapon to the world adding a new dimension in ongoing undeclared World War III. Wuhan being the initial epicentre, the trends in early 2020 suggested a sheer drop in CNP of China with a combined effect of US-China trade war, failing BRI and COVID-19.

The last week of March 2020 onwards saw the epicentres of COVID-19 shifting westwards with the US, Europe and UK emerging to be worst affected. China, having declared victory over the pandemic, was quick to put back its manufacturing sector in place, trying to boost a ‘COVID-19 economy’ by creating a ‘Health Silk Road’ and re-activating most needed supply chain of medical equipment and medicines, as an attempt to earn maximum profit out of the pandemic, besides attempting to repair its global image.

COVID-19 has exposed some vulnerabilities of US and created huge trust deficit for China globally; hence the idea of everyone accepting one/two countries as superpowers or global leader may be outdated in future. The new paradigm will be unlike earlier World Wars, all countries will not be at war, because all of them may not agree to common narratives of key players. And hence, some countries would be at hot war, some in military posturing stage, and some using other dimensions and instruments of war, simultaneously. A new global order will emerge post-COVID-19 which need not be the US or China-centric. Next few decades will see the pivot shifting towards the East, which has fastest-growing economies. It can, therefore, be argued that the battleground for ‘Undeclared World War III’ could be Indo-Pacific, and the world has already entered in the preparatory phase of it, without recognising/declaring it to be so.