Coronavirus: Could the world have prepared better for a pandemic? 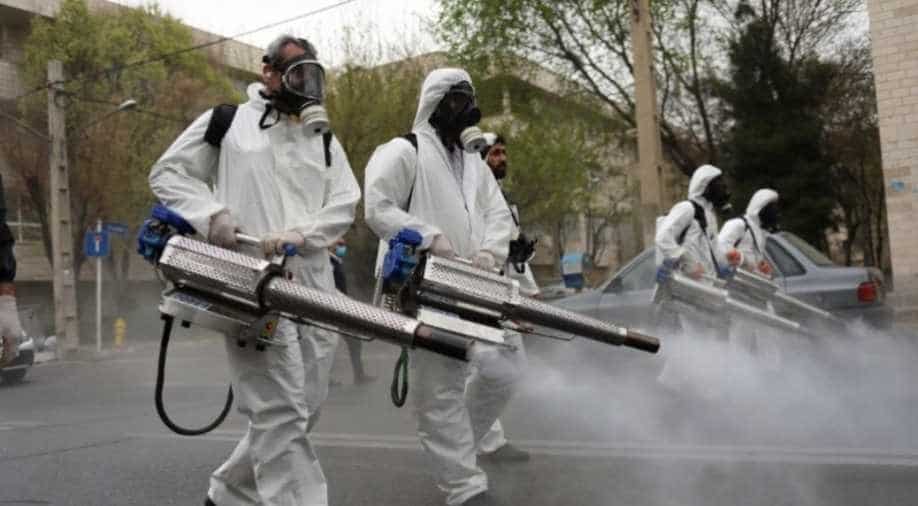 One key lesson that can be taken from the response to the pandemic so far is that countries that are able to respond quickly, and change strategies, will do well.

As much of the world gets used to social distancing, school closures and restrictions in movement in response to the coronavirus pandemic, obvious questions are being asked about how governments and companies can prepare themselves for these sorts of extreme events.

One technique that has gained prominence in helping business people and officials deal with events that have a low probability but high impact is called scenario analysis or scenario planning. There are a number of different methods that can be used to model scenarios, but in essence these all involve developing stories about a number of possible ways that the future could unfold.

Probably the best known and most widely used approach, which was developed within Shell during the 1970s, involves groups of stakeholders discussing what happens when two unrelated but highly uncertain drivers of change interact in extreme ways. The eminent scenario analyst Kees van der Heijden, a former head of scenario planning at Shell, has described how one of the company’s early scenario-planning exercises examined the government approach to the energy sector and the potential discovery of significant natural gas reserves.

This approach does not aim to predict the future, and in fact, recognises that this is a fundamentally impossible and futile thing to do. Instead, it encourages what van der Heijden has called “strategic conversations”, which allow those involved to have their world views challenged. The hope is that this makes business people and officials more aware of when things are not going according to plan – and so better able to respond.

Not a black swan event

There is little doubt that this sort of agile thinking has helped some officials and companies respond earlier and more decisively to the changing events of recent weeks. In some ways, the COVID-19 pandemic is a prime example of a black swan event – a term coined by the writer Nassim Nicholas Taleb to describe very high impact events that are unimaginable before they happen.

But the COVID-19 pandemic should not really be a black swan event. Epidemiologists have been warning for decades that a pandemic of a novel flu strain was inevitable. There have been a number of scares over the past two decades, such as the SARS outbreak in 2002-04, which was concentrated in southern China and Hong Kong, the swine flu pandemic that originated in Mexico in 2009, and H5N1 avian flu in the 2000s.

While all of these epidemics were serious, they weren’t on the same scale as COVID-19. This may well have led to business and political leaders focusing their attention on what they perceived to be more pressing priorities in recent years. In the US, for example, the Trump administration cut funding to disease security programmes as recently as 2018.

The behavioural economists Amos Tvertky and Daniel Kahneman have developed the idea of the availability heuristic, which suggests that people overestimate the probability of things that are high profile and memorable, such as terrorist attacks.

However, the reverse is also the case, and the sustained absence of a pandemic such as COVID-19 – a high-impact, once-in-a-generation event – has led people to underestimate its likelihood and impact. A number of think tanks and consultancies provide early warning services about low-profile, high-impact events, such as conflict in the South China Sea. However, if they feature events that are considered far fetched, they risk losing credibility among their clients and readers.

It’s probably no accident that a number of the countries that have responded effectively to the COVID-19 outbreak are in East Asia, where the SARS outbreak and H5N1 scares are relatively recent memories. For example, Taiwan has been praised for taking early action to contain the potential spread of the virus, and Singapore has been able to keep down infection rates through widespread testing for the virus, enabling effective quarantining and treatment of cases.

One key lesson that can be taken from the response to the pandemic so far is that companies and countries that are able to respond quickly, and change strategies in response to rapidly changing events, will do well. For example, videoconferencing software producer Zoom has made premium versions of its system available for free to educational institutions that are forced to teach online. This will expose large numbers of students to the company’s platform and brand, as well as generating significant positive publicity, which is likely to prove beneficial once normal life resumes.

Scenario analysis and some of its related underlying principles can offer some tools to prepare for and deal with highly disruptive events. However, they cannot predict where and when such events will take place, nor can they completely overcome the psychological traps that cause us to underestimate them, and as a result be underprepared. Perhaps our best hope is that by being more aware of these issues, and the fact that uncertainty dominates so much of our lives, we might be a little bit better able to respond to unexpected events, big and small.