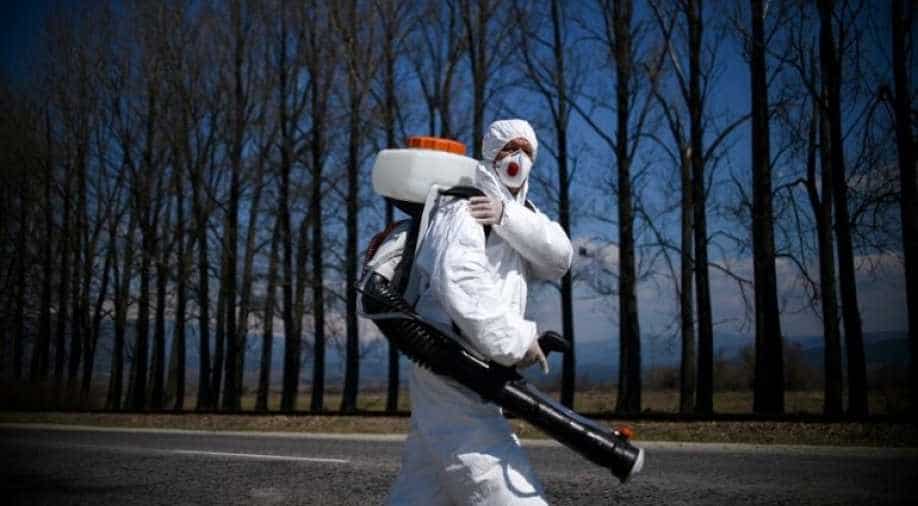 Post-Covid 19 will be a very different world- defined by fundamental and deep uncertainty.

Risk is the heart of capitalism. Be it corporate, entrepreneurship; start-up dynamics, plain vanilla investing or its esoteric and more sophisticated avatars, strategic management or even prosaic management, economic growth strategies and so on, risk, how to deal with and generate economic and financial returns is central to these. Consider strategic management and its various frameworks. The discipline, among other things, is predicated on how to manage, minimise risk and generate a sustainable competitive advantage for firms in a given industry. (It is altogether a different matter and issue what defines an industry contemporarily or where the boundaries of a firm and industry are).

Similarly, much of financial theorising and modelling revolves around risk and its various forms and avatars. Sophisticated techniques exist and are developed to mitigate and manage risk, so much so that financial engineering, designed to derive and extract profit from risk could be held to be responsible for the 2008 financial crisis. But, all in all, the risk is quantifiable, and in most contexts measurable. It can be modelled, and attempts made to manage it to a reasonable extent, rendered all the more identifiable by Artificial Intelligence, Data Analytics, sophisticated algorithms. So, while the world has been devising and finding new techniques to deal with risk, what was elided over or even totally ignored is uncertainty, a grim reminder of which is the unimaginable conditions- all harking back to this fundamental theme of uncertainty that defines the human condition- induced by Covid-19.

Philosophically speaking, the aversion to uncertainty and a penchant for certainty is perhaps the price of ‘progress’ or a cardinal maxim of modernity. The modern mind abhors uncertainty and craves for its antonym or opposite, certainty. But, COVID 19 grimly but eloquently reminds us that uncertainty thy name is a human condition, even perhaps en ‘empirical fact’, brought to the consciousness of that handmaiden of modernity, the discipline of economics. In 1921, an economist of economists, Frank Knight, in his Magnus Opus, ‘ Risk , Uncertainty and Profit’ called attention to uncertainty, fundamentally distinguishing risk from it. Termed  Knightian uncertainty, it’s essential postulate is ‘ lack of quantifiable knowledge about some possible occurrence, as opposed to the presence of quantifiable risk. Knightian uncertainty acknowledges some fundamental degree of ignorance, a limit to knowledge and an essential unpredictability of future events.

While Frank Knight’s incisive insights about uncertainty stood buried in libraries and only professed by eccentric economists, new and financial-economic models and theories, and their hubristic assumptions claimed a brave new world where uncertainty was passé. It was all about risk and even certainty, modeling it, and not only mitigating but also profiting from it. (Financial derivatives come to mind here as the vivid examples of this).

But, at the end of the second decade of the 21st century, it has taken a virus to shatter these assumptions of certainty. We now veritably live in a world defined by uncertainty where so many ‘unknowns unknowns’ exist that it can even be started with a wee degree of confidence or certainty when the COVID 19 crisis will end. If anything can be stated at all, it is that the post-Covid 19 will be a very different world- a world defined by fundamental and deep uncertainty.

Consider economics. An amateur assessment would lend itself to the conclusion that if the current crisis gets prolonged, the world if one is to be sanguine, will lapse into a deep recession, where economic recovery, let alone economic development, will take years. Not to be an alarmist here, this recession will be accompanied by a hiatus if not a prolonged halt to international trade, disruption of crisscrossing supply chains, inflation, the nationalisation of financial markets and other economic problems. In some senses, it will, from a historical perspective be déjà vu and the allied impacts would be on politics-both domestic and international.

The aim here is not to be depicting a grim and bleak scenario for the sake of doing so. It is to caution against the perils and dangers of hubris. The modern temperament and mind, in its sometimes, mindless quest of ‘progress’ seems to have become too vain, too arrogant and too unmindful, say of the environment, the rights of others, oblivious to the underprivileged. The list is vas but this is not to state that progress is bad and mankind should disavow it. Not at all. But for progress to be progress, it must be defined by a sense of proportion, a sensibility that takes into consideration the human and natural ecology of the world, the hunger and the deprivations of the many and above all, the fact of uncertainty as the all-pervasive condition of the world.