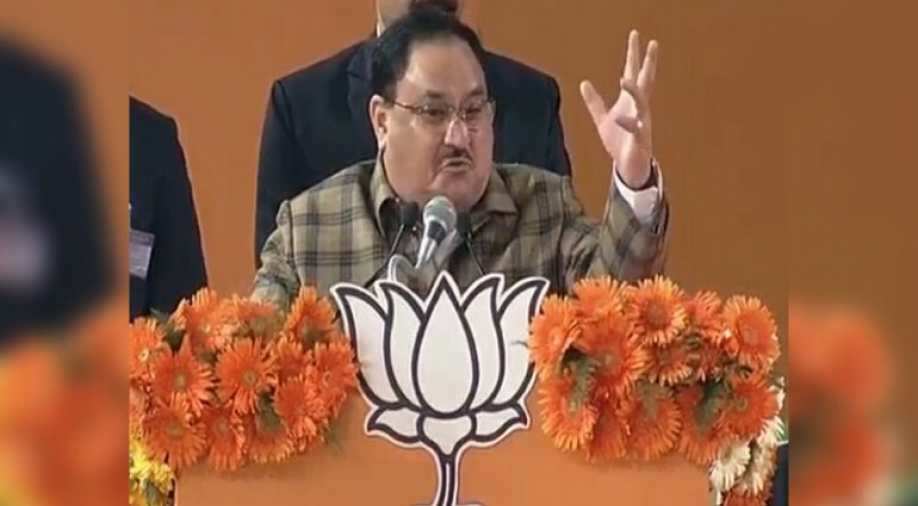 Nadda, often credited with having won Uttar Pradesh for Amit Shah, is a seasoned player, trusted not only by the top brass in the BJP but also the RSS

Jagat Prakash Nadda from Himachal Pradesh, unfurled the national flag at BJP Headquarters on India’s 71st Republic Day, as the newly appointed BJP President. He has, with his elevation by the party top brass, added to the slim bench strength of heavyweights in the BJP.

With a shrinking saffron footprint in the states, Nadda must show real ingenuity to make his mark as early as possible. The problem he faces is that of late there seems to be a disconnect between national and local issues. The Shah led BJP in its last stretch when Amit Shah has also been the country’s Home Minister, has been emphasising national issues during state election campaigns.

States are understandably more concerned about their own problems. Also, there have been problems with ticket distribution vis a vis winnability, shown up most glaringly in Jharkhand, lost primarily to the tribal vote for lack of an alliance between JMD and the BJP. This can still be rectified by Nadda, with Prime Minister Modi being exceptionally warm to Soren already. Jharkhand was also where a rebel candidate trounced the misleading and complacent sitting chief minister.

Nadda has a couple of near-ready potential scalps to take in the near future. No. 1 is the state of Delhi, in which the subversive, disappointingly corrupt, minority favouring and underperforming AAP, is due for a fall. The BJP could leverage its regularization of unauthorized colonies. The Purvanchal vote is some 30 per cent of the total, and BJP Delhi President Manoj Tiwari is not only a fresh face but also a popular Bhojpuri filmstar/singer. Can Nadda quietly orchestrate the coup from behind the scenes to install Tiwari as chief minister?

The other opportunity is to wrest Maharashtra away from the Aghadi. It was won by the BJP and the Shiv Sena in the first place before the Shiv Sena decided to betray its own long-standing positions (and the voters). It can be retaken in the same fashion perhaps as Karnataka, where Nadda played a winning hand, or via a fresh assembly election if necessary.

Bihar may also go to the polls near the end of 2020 and the retention of power there along with Nitish Kumar’s JD(U) will be of the greatest importance.

The number of states in which BJP has won a near majority lately, but fell short, such as Madhya Pradesh and Rajasthan, are all ripe for some transactional politics. West Bengal, which promises to be a tough election in 2021, might again see BJP within kissing distance of power and may need some TMC winners abandoning their party for the BJP to secure the 42 parliamentary-seater state.

If Maharashtra, of the rich pickings, is indeed retaken without another election later in 2020 itself, Nadda will have established his mastery over his powerful job. In the process, Nadda would have also destroyed the credibility of the three-legged Aghadi, and ruined their dreams of a broader winning coalition in 2024.

But to do this, Nadda will have to move without being detected and apprehended in advance. Perhaps the emergence of the other Thackeray, Raj, complete with an eligible son of his own, and a newly minted saffron flag for his Party, MNS, is a ready step in the right direction.

And then there are three states going to the polls in 2021, including West Bengal.

Nadda, often credited with having won Uttar Pradesh for Amit Shah, is a seasoned player, trusted not only by the top brass in the BJP but also the RSS. He will have no problem in accessing the necessary human and other resources. What he will need in addition is originality and an element of surprise that outwits his opponents.

And here is inspiration. The mesmerizingly beautiful Jewish-Austrian Hollywood actress Hedy Lamarr from the 1930s and forties had an unexpected touch of real genius. Lamarr, who fled Nazi persecution, invented a communication process she called “Frequency Hopping”. It used over 80 frequencies in rapid and seemingly random succession, which made its signals virtually impossible to jam. She originally intended it for the American Navy to securely guide its torpedoes at German U Boats. The Germans routinely jammed all the radio frequencies except their own. This was the answer.

Today, Frequency Hopping is the basis of modern-day WiFi, Bluetooth, secure satellite communications, much military communications technology including the coding that activates nuclear weapons. It is also the first bastion against cyber-hacking.

JP Nadda will have to prove that the BJP magic that came into play with the Modi-Shah duo can be sustained into 2024 and beyond. If he can do this, he will wreck the hypothesis that the BJP can be driven back into a 160 odd seats party again. A party that had to resemble the Congress in order to survive at the time.

Modi-Shah have already broken that mould and inserted a strong bid for a “New India” with very different drummers to follow. Much of the policy thinking that has been put forward is the excitement for the BJP voter. On the other hand, it is anathema to the old Nehruvian order.

A political party like the BJP at this juncture can determine the future destiny of India. JP Nadda must bear in mind that “realpolitik” will demand that he does not fight shy of winning tactics and strategy. He must fight lies with truth, and lies too, if necessary. Well begun, as they say, is half done.