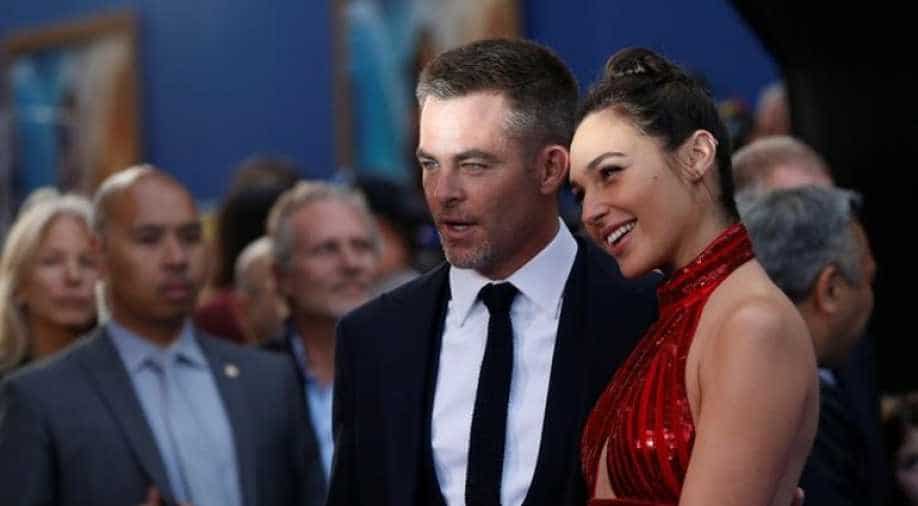 Cast members Gal Gadot and Chris Pine pose at the premiere of "Wonder Woman" in Los Angeles, California US, May 25, 2017. Photograph:( Reuters )

Reviews for 'Wonder Woman' have been glowing, scoring a rare 97% positive rating on Rotten Tomatoes||'She's not only super strong and confident and unapologetic, but she can be very vulnerable and confused and insecure,' Gadot said

More than 70 years after she first burst upon the scene in her red bustier and blue shorts, Wonder Woman is finally getting her turn in the movie spotlight, and expectations could hardly be higher.

"Wonder Woman," with the title role played by former Israeli army soldier Gal Gadot and out in movie theaters worldwide this week, is the first female superhero film since 2005’s box office dud “Elektra,” and the first to be directed by a woman.

"We tried to make a movie for everybody a la the grand classic films from 'Superman 1' to 'Indiana Jones,' so I hope we actually get a little of everyone," she added, referring to hopes that both men and women would see the movie.

Since her inception in 1941 in DC comic books with her patriotic red bustier embossed with a golden eagle and blue shorts with white stars, Wonder Woman has become a symbol of female empowerment in a comic book world dominated by male superheroes like Batman, Superman and Iron Man, and by male fans.

Actress Lynda Carter became the embodiment of Wonder Woman when she played her in the highly popular 1970s television series.

But times have changed. Last year Wonder Woman lost her position as an honourary ambassador for the United Nations after a grass roots petition slammed the character as "a large breasted, white woman of impossible proportions, scantily clad ... the epitome of a 'pin-up' girl".

In the film, Wonder Woman's red and gold bodice doubles as a suit of armour in fight scenes in which she darts and dodges bullets, knives and thunder bolts.

"I love the costume," Gadot said. "I think it's beautiful, I think it's practical, easy to move in and to fight. And I also think it's sexy."

The Warner Bros movie returns to the origins of Diana Prince, growing up in an all-female paradise island of Amazonian warriors who teach her knowledge, language and fighting skills.

Gadot, 32, says the Wonder Woman created by Jenkins is far from perfect, and that's what makes her interesting.

"She's not only super strong and confident and unapologetic, but she can be very vulnerable and confused and insecure," Gadot said.

Even before the film's release, "Wonder Woman" stirred controversy when the small US cinema chain Alamo Drafthouse announced it would hold some women-only screenings of the film, sparking complaints on social media by of reverse sexism.

Reviews for "Wonder Woman" have been glowing, scoring a rare 97 per cent positive rating on aggregator Rotten Tomatoes with critics praising its humour and positive spirit.

Jenkins, the director, said that behind the fun, "I hope that we can use a character who stands for something so needed right now ... and to inspire people to be heroes in their own lives.

"She is fierce and strong and incredible but she's also idealistic for the good of mankind and she really believes in love and truth. ... I think the hero that we need for the future is that all of us are going to have to fight for what we believe in."